Okyenhene Osagyefuo Amoatia Ofori Panin, the ruler of Akyem Abuakwa in the Eastern region, has connected the late Okyenhene Nana Sir Ofori Atta's wish for a National Cathedral to President Akufo-Addo's intention to build one. 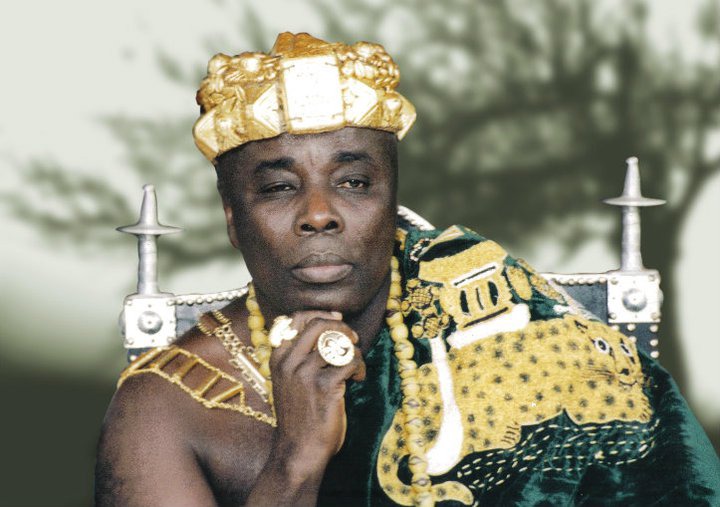 The traditional elder claimed that the present President's great-grandfather, Nana Sir Ofori Atta, had wanted to build a temple for God, but it never happened before he passed away.

In a speech at the centennial celebration of the Akyem Abuakwa Presbytery of The Presbyterian Church of Ghana on Sunday, November 20, 2022, at Kyebi, Okyehene reportedly revealed this.

He said that the late Nana Sir Ofori Atta, a devout Christian and Presbyterian, had abandoned his plans to build a temple for God after succeeding in ending persecution of Christians in his region.

The Okyehene went on to say that it is not a coincidence that at the time of the centenary celebration of the Akyem Abuakwa Presbytery of the Presbyterian Church of Ghana, grandsons of Nana Sir Ofori Atta, he (Okyenhene) still rules over Akyem Abuakwa, even though Akufo Addo is the president of Ghana and Ken Ofori Atta is the finance minister.

“Hundred years later, the grandson of Nana Ofori Atta (Akufo Addo) is President of the Republic of Ghana. More surprisingly, the President’s brother’s son is also the Finance Minister. So, it is a divine arrangement that God has made for us to contribute to the development of the country.

“It is the same perseverance that President Akufo Addo is pursuing to build a house for Ghana to the glory of God. A vision that came to man through God …He said I will build a house for God. Historically, someone met Nana Ofori Atta and said you are the only Christian King in Akyem Abuakwa, you must leave a legacy. Nana Ofori Atta then promised to build a temple in Kyebi. So, if President Akufo Addo is building a temple (Cathedral) in Accra, let’s assume it is in fulfilment of the promise made by Nana Ofori Atta” Okyenhene Osagyefuo Amoatia Ofori Panin said, as quoted by starrfm.com.gh.

He underlined that he is a devout Christian and that this is why he chose to proclaim 2019 as "Okyeman for Christ" to honor God's goodness on the Akyem Abuakwa land.