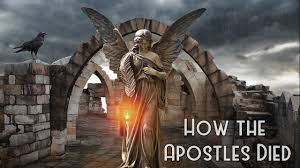 Jesus' mission would be possible but extremely difficult without his twelve selected disciples. According to Jewish history the number "12" is very significant because the tribes of Isreal till now remains twelve, thus it wasn't by accident that Christ the Messiah selected twelve disciples to work with. 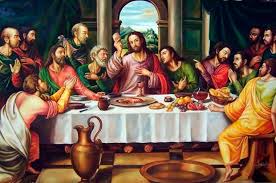 All these 12 disciples apart from Judas Iscariot were aware of the kind of persecution that awaited them after the ascension of Christ and through this persecution they met their deaths one after the other.

Matthias. Matthias was the Apostle chosen to replace Judas iscariot. Tradition sends him to Syria with Andrew and he was put to death by burning. 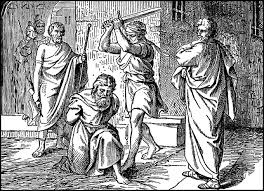 Paul. History says that both Paul and Peter were martyred in room about 56 ad during the persecution under Emperor Nero full-stop Paul was beheaded after giving 39 strokes of cane at his back.

Peter. Peter was crucified around 66 AD in Rome under the persecution of Emperor Nero. There are all kinds of unverified traditions about his death most notably that he was crucified upside down because he didn't consider himself worthy to die the same way Jesus did. 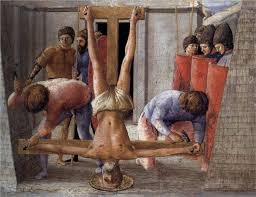 James. James was the first of the 12 disciples to be put to death. King Herod had him killed by the sword in Jerusalem according to Acts chapter 12. There are some non biblical traditions about James that I will address later.

John. The writer of the Gospel of John the book of the Revelation and three epistles bearing his name. John is the only one of the 12 disciples that history says was not put to death for his faith, although he suffered greatly because of Jesus throughout his long life tradition says he ended his life ministry in the region around Ephesus in modern day Turkey and is buried there.

Andrew. And we went to the land of "the man-eaters" in what is now the Soviet Union. Christians they claim him as the first to bring the gospel to the island. He also preached in Asia minor, modern-day Turkey and in Greece where he is said to have been crucified.

Philip. Philip ministered in North Africa and then Asia minor. Traditions says that a Roman proconsul was so enraged with his wife had converted to Christianity because of Phillips preaching that he had Philip brutally put to death. there is disagreement about the manner in which he died but no matter the method it was because he fully believe that Jesus had died and Risen From the Grave it is possible that Philip stone was recently discovered.

Thomas. Thomas was probably most active in the area east of Syria. Tradition has him preaching as far east as India where the ancient marthoma Christians refer him as their founder. They claim that he died when pierced through with the Spears of 4 soldiers.

Matthew. Matthew the tax collector and writer of Gospel ministered in Persia and Ethiopia. some of the oldest reports say he was not murdered while others says he was stabbed to death in Ethiopia.

Bartholomew. Bartholomew had widespread missionary travels attributed to him by tradition to India with Thomas back to Armenia and also to Ethiopia and Saudi Arabia. There are various accounts of how he met his death as a matter for the gospel. History says he was skinned alive by the Roman Empire. 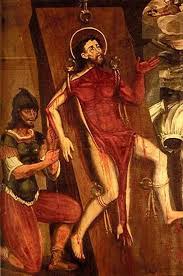 Simon The Zealot. As the story goes, simon ministered in Persia and was killed after refusing to sacrifice to the sun god.

John the Revelator. John was the only one of the Apostles generally thought to have died a natural death from old age. He was the leader of the church in Ephesus and is said to have taken care of Mary the mother of Jesus in his home. During the mission's persecution in the middle 90s he was exiled to the island of Patmos. There he is credited with writing the last book of the New Testament that is the revelation. The early Latin tradition has him escaping unhurt after being cast into boiling oil at Rome. 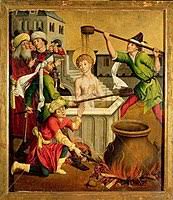 It should be noted that Mark, Luke and Stephen (stoned to death) were not part of the twelve disciples of Christ, yet they followed Him to witness the works He did.

I hope you've found this article educative. kindly share to educate others and Dont for get to leave a comment at the comments section below after following my page for more.