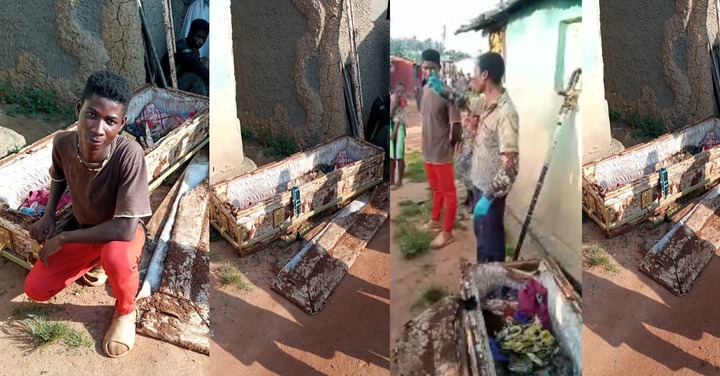 It is unimaginable how some people tend to behave in society through their actions. Over the years many people have done strange things that others find difficult to understand. An evangelist has done the unthinkable after he stormed a cemetery to exhume the dead body of her mother at Nyameyekrom at Ewusiejoe in the Ahanta West Municipality of the Western Region.

The Evangelist, known as Prophet Elijah moved to the cemetery at dawn when everyone was asleep and brought the dead body of her mother who was buried about seven months ago to the house. He came back from the cemetery with the tattered coffin of his late mother. The decomposed dead body is still in the coffin and the prophet has sworn to the entire community that God has revealed to him to resurrect the dead body.

The chiefs, opinion leaders, and members of the community are currently at a loss and have gathered at his house catching a glimpse of what he will do with the dead body. The traditional authorities in the community have ordered the prophet to take the dead body back to the cemetery but he has since denied it. He could be seen moving around the coffin with chants that the dead body shall resurrect again. 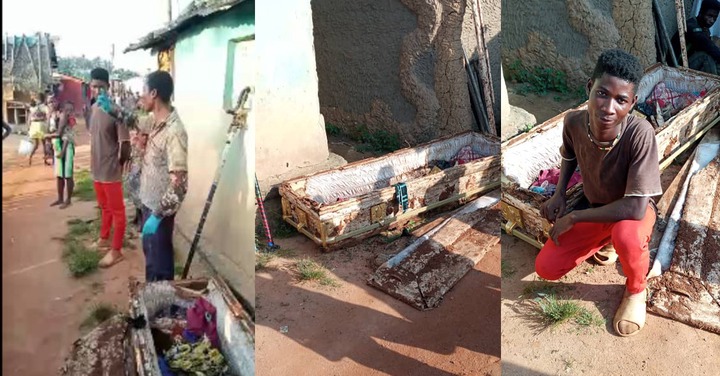 His family members who are in the community have intervened and moved the prophet to the room in an attempt to advise him but it seems that has also not helped the situation. The coffin and the dead body have since been left outside. Mathew Mensah who is the Committee Chairman indicates that they have invited the police to the scene. 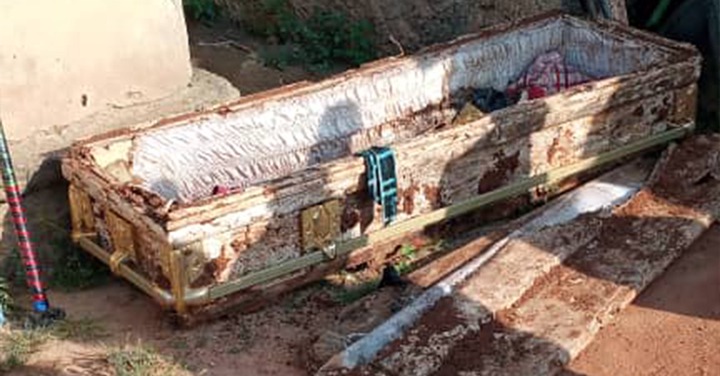 This is a health issue that demands the environmental health department of the Ahanta West Municipal Assembly to intervene. The dead body can expose the entire community to a serious health problem if they do not intervene early. The police must as well intervene to ensure that the young man is arrested to face the laws of the country.

His mother was known in the community as a woman with integrity and everyone is surprised at the attitude of her son. After seven months since she was buried, her son believes that she can still come to life. We can only wait and see what happens next.