Wonders Shall Never End: Mysterious Pawpaw Tree Spotted Growing On Blocks Rather Than In The Soil.

By Dapaah_Gh (self meida writer) | 2 days

Strange occurrences will keep happening again and over again in the final days, according to prophecy. Nature is undeniably beautiful and fascinating, but some people still believe the universe came into being on its own, neglecting the fact that the world was created by a supreme entity. Let us take a look back in time and remember the magnificent things that are still difficult for scientists to believe. The sea parted in two for the Israelites to pass through triumphantly, while the Egyptians were swallowed by the same sea.

There are many spectacular things in the modern world that demonstrate that the world we live in was created by a strong being. Several tourist attractions provide evidence that God is in complete control of everything that occurs in this world. Now, returning to the matter at hand, a weird Pawpaw tree has been discovered growing in an unexpected location that beyond human conception. 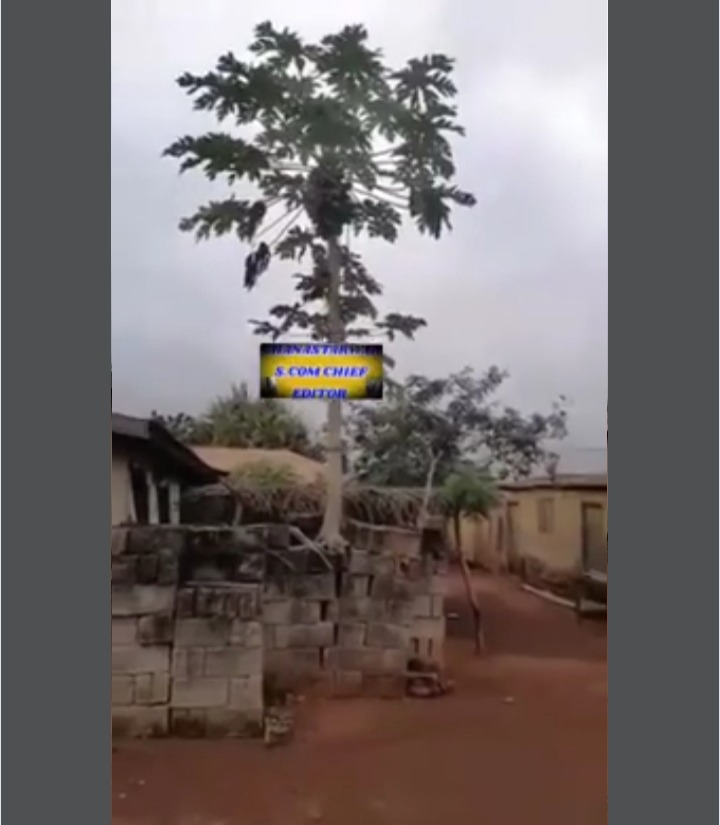 A man whose face was not revealed in the video could be heard commenting on how the pawpaw ended up on top. The man begins the video by saying:

"When I arrived in my hometown, my sister pointed out this Pawpaw tree to me. This Pawpaw appears to be developing in a different dimension, which perplexes me much. It's growing on building blocks, which is an odd circumstance."

"When the Pawpaw first appeared, no one believed it could grow to this size. The tree has grown to be large and tall, bearing many fruits. This is surprising because the tree is flourishing in an unfavorable environment. The roots have progressively worked their way into the soil, providing the tree with strength." 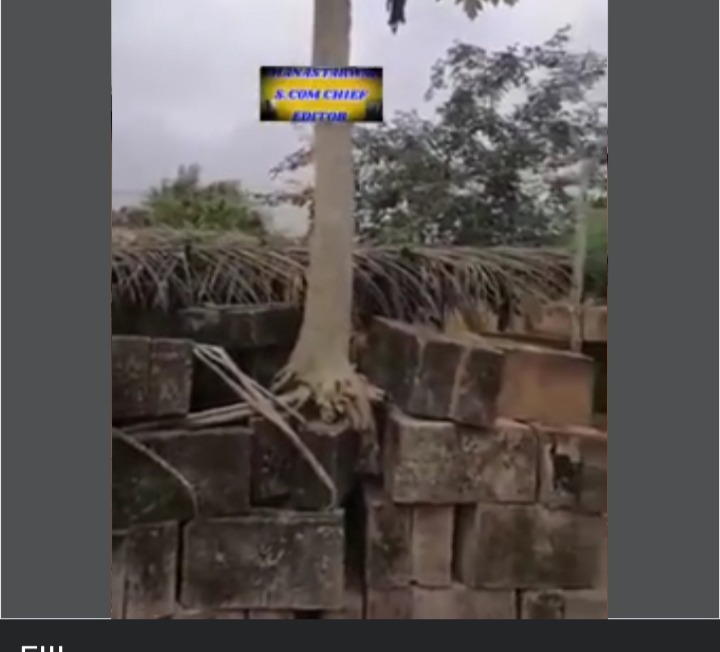 If officials could see it through a different lens, this region could be turned into a tourist attraction, generating some revenue and recognition. It has also taught us that trees do not only grow in soil, but also wherever they feel at ease. 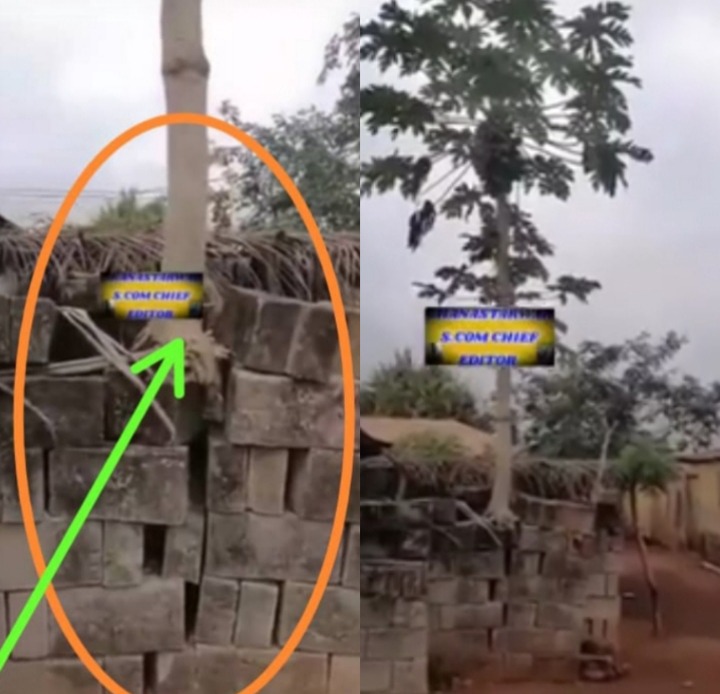 Watch video in this link