By TommyO'Dell (self media writer) | 5 months ago

Nii Okai is a household name in the country, or if I may be over daring, maybe I should say even more confidently that, he is a well renowned personality in the body of Christ fraternity at least.

Nii Okai, who came to fame, with his sensational worship tune that adored God, as having no comparism to His greatness and power in a Ga dialect song, has since been around all this while and still influencing the next generation of gospel singers around the country.

For many, who are lovers of such well attended gospel concerts and events, Nii Okai is still that voice, many are certain to hear him, ministering and leading God’s people into deeper worship and sometimes praises as well. 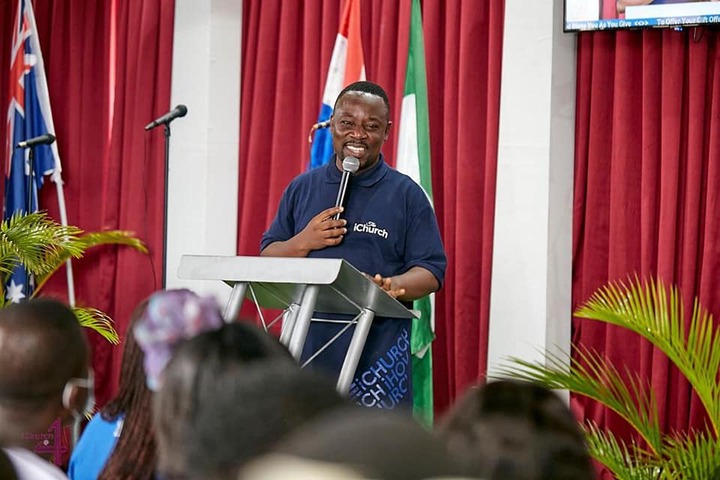 Rev. Nii Okai in a pose at his church

Most recently, Nii Okai may well be seen as the right hand man of renowned internationally reputed evangelist, Dr. Lawrence Tetteh, and hence, severally on the latter’s TV shows, Nii Okai is seen ministering alongside him and at events he is hosted.

In a season, where the craze for the old voices of sensation such as Daughters of Glorious Jesus and others may well be fast rising, Nii Okai, who is a far younger generation minister of gospel themed songs, have become a regular at other top platforms.

What many may however never know is that, Nii Okai’s initially worship songs practice around Tema, has since grown into a full church or ministry and sees weekly services, well attended by millennials in and around the Ashaiman and Tema environs.

The church named International House of Virtue, has so far existed for four solid years and they are currently celebrating their anniversary, which has seen father figures of the top award winning music artist and now turned pastor, ministering to his congregants. 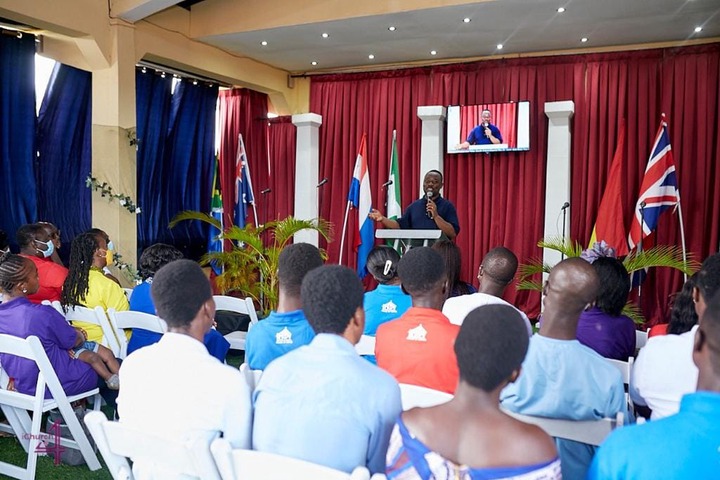 Rev. Nii Okai, ministering to his congregants at his iChurch at Tema.

His church, simply referred to as the “iChurch,” currently meets at the campus of a private educational institute, around Tema and has both a Sunday service and that of a midweek service, which sees Nii Okai, primarily been the main speaker, at these all important services.

The church, can well be observed to be made up young folks, who largely may have an interest in the music industry with emphasis on the gospel category and may well be desirous of some form of mentoring, from the renowned gospel celebrity, Nii Okai.

Whereas very little is known, if he is personally managing some of these upcoming artists who are following his ministry, one can tell that, Nii Okai is committed to raising a people of the word and Spirit, committed to pursuing God to the later and transforming their world, to conform to God’s kingdom. 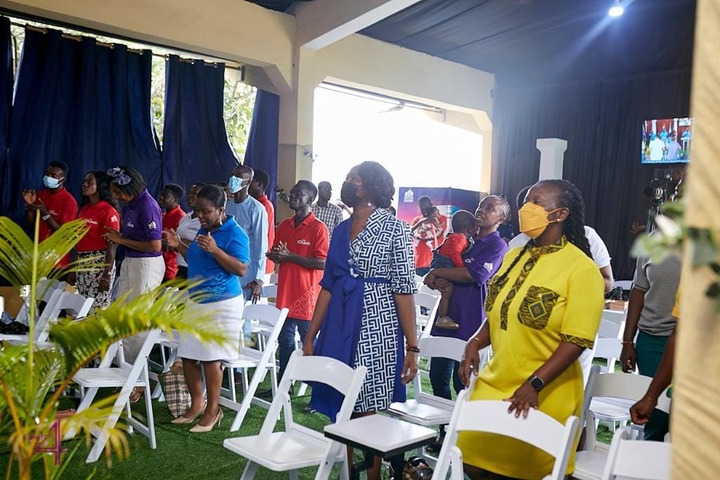 A section of his church's congregation.