By Politics-is-my-food (self media writer) | 5 months ago

When we first arrived in this section of Hell, i asked the Lord “How many souls are there in these chambers of Hell?” “You know the sea of the Earth, don't you?” said the Lord. The number of souls imprisoned in this continent is equal to the number of grains of sand beneath the sea of the Earth.” “Whenever 30 souls enter the kingdom of heaven, 30,000 enter Hell,” the Lord said. 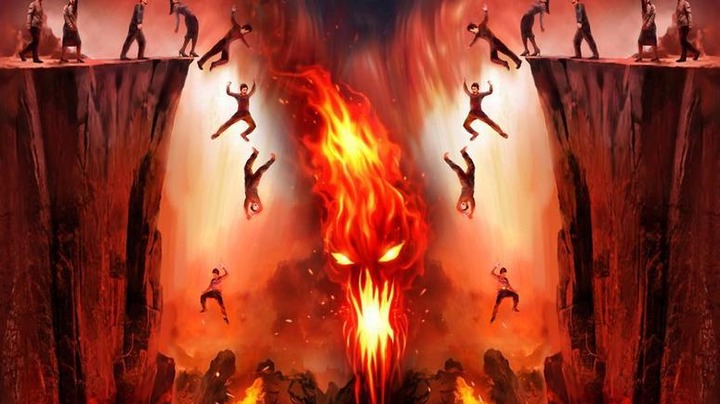 This area was filled with lava splashes. There were black rocks erupting with lava, and fire was erupting into the sky. And I saw demons flying above the fire. These demons resembled shadows. They were making fun of people and saying, "Rejoice." This is your domain. You will mate here because you enjoy mating on Earth.”

I could hear the screams of millions as we stood in front of this sea of lava, but I couldn't see them. “People are inside this sea of lava that you are looking at,” the Lord said. They weren't even on the surface; they were trapped beneath the lava.”

There was a mountain on the other side of this lava river. I saw a variety of impure animals as we flew above this filthy mountain. Then I noticed a swarm of demons digging pits in the ground. I noticed that these pits were labeled with the names of people who lived on Earth.

When the people of the Earth continue to sin, they are sending supplies to the demons who are constructing their pits in Hell. The demons would be receiving building materials for their pits. 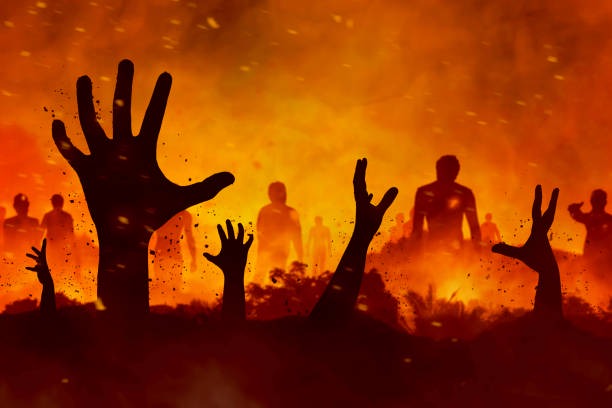 Every man born on Earth has a demon in Hell named after him. The demon with your name is preparing your pit in Hell. I witnessed demons digging pits for the entire world's population. There were celebrities' names, public figures' names, and superstars' names. The demons were clapping and receiving materials every time they committed a sin.

Then I saw a pit that had collapsed and a demon sitting above it who was sad. “The owner of this pit was a sinner who committed crimes and fornication until the day he came to Me,” the Lord said. His pit has collapsed because there is no condemnation for those who are in Me.”

In Hell, I saw a pit with my name carved into it. It had closed, and the demon was depressed. When I saw it, I thought to myself, "Really, I would have fallen here if I hadn't repented." This is both astounding and terrifying. As we descended into this valley, I noticed the kingdom of Hell vibrating.

“This kingdom is expanding in order to receive more souls,” the Lord said. It is still not full.” Then we arrived in a section of Hell where souls were punished for having sekxual fantasies.

In this section of Hell, there was a politician. He was a Congolese politician and a member of the Eckankar occult order. He was forced to share a bed with his daughter. He agreed to take part. He was, however, coming to sekxually abuse his daughter in his dreams.

He was his daughter's spiritual husband. The young girl tried to approach her mother, but she was an accomplice of his father's because she had agreed to this practice. We went to this part of Hell where countless souls were tortured and held for sekx in their dreams. There were quite a few of them.

When we arrived in this land, I saw a throne atop which sat a lizard-headed demon. His skin was filthy, and he had both male and female sekx. This demon was on fire, as I could see.

“Who is this beast on the throne?” I inquired of the Lord.

“My son, this is the demon of sekxual and immoral thoughts,” the Lord said. When people have sekxual or immoral thoughts, they invite this demon into their minds, and he transfers his dirt to the skin of the person who is having sekxual thoughts. People who died in sin, immoral thoughts, and perverse minds will have dirty souls like a lizard or leopard.”

When I looked at the souls in this section of Hell, I noticed that they had dirt on their skins, just like this lizard demon who was seated on the throne and laughing. “Why are you crying, my children?” he asked. It's me, your mother. Rejoice, for this is your kingdom for all eternity.”

“What do these names on his back mean?” I inquired of the Lord. “These are the names of people who entertain sekxual and perverse thoughts on Earth,” the Lord said.

We left his throne while this unclean spirit was still bent, and we arrived at a location where I saw many territories and a hole above these territories. The screams of agony and torment were rising, pleading for assistance. We were moving through the midst of a fire that couldn't burn us. 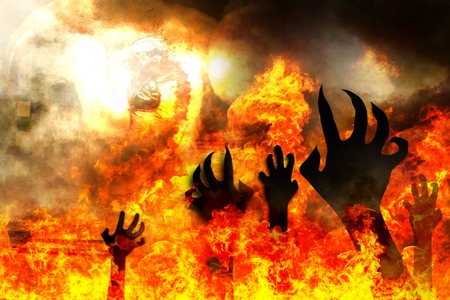 When we arrived at a territory, Jesus asked me to look inside. When I looked down, I was terrified because I saw two people inside. These souls, on the other hand, had enormous heads. They were macrocephalic, as their heads were two meters in proportion and their eyes were massive. They were shackled and chained.

When they saw the Lord, they began to beg for assistance. In fact, they were arguing about who should be helped first by the Lord. “Peace be with you,” Jesus said. As a result, they were deafeningly quiet. I noticed a TV on their side that was projecting an image of a young lady.

“These two people are from Zambia,” the Lord said. They used to work for the same company, but they were living a fornication lifestyle, sleeping with young ladies. One of them was promoted one day, and they celebrated at his house.

Something happened while he was celebrating his promotion and drinking with a friend. His daughter, who was already a young lady, exited the bathroom where she was bathing and returned to the room, but she was covered with a towel that revealed the shape of her body.

When her father's friend saw her, he was captivated by the shape of this young lady's body and made a joke and sekxual remark to her father. When the father turned to look, he noticed that her daughter's body and shape were visible beneath the towel. As a result, this image had an impact on these two.

They pretended that everything was fine, but they were already aroused by this young lady's body shape. When the party was over, the father went to have sekx with his girlfriend because he was aroused by the image of her daughter, and his friend went to sleep with his wife for the same reason.

They were having sekx with their partners, but in their minds, they were sleeping with the young lady who came out of the bathroom covered in a towel.” In reality, many men see pictures and images of other women while sleeping with their wives. You must repent if you have sekx with your partner and see the image of another person.

“The more people feed their minds with perverse and sekxual thoughts, the more their heads grow in the spirit, and when they die in this manner, they will end up with huge heads,” the Lord said.

Then we transferred to the second prison. There was a man attempting to escape from his prison, but he was unable to do so due to the size of his head. There was a man's regretful voice inside this prison.

Because of immoral and perverse thoughts, there were countless souls in this section. There were men who fantasized about marrying women. And whenever they slept with their wives, they fantasized about sleeping with those married women.

We were in this Hell prison, Beloved, visiting people who had sekx in their minds. To be continued..... 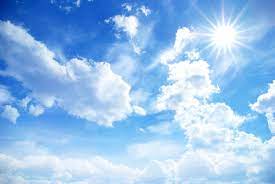