Prophet Kumchacha Comes To The Defense of Bishop Dag, As He Descends On Afia Schwarzenegger. DETAILS

By MrsCelestial (self media writer) | 5 months ago 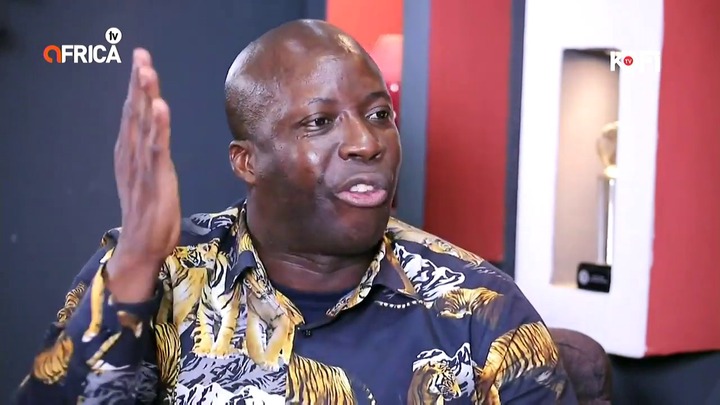 Well known Prophet Kumchacha, has come to the defense of the senior and renowned clergy, Bishop Dag Heward-Mills, as he is seen in a viral video making rounds today, tearing Afia Schwarzenegger literally apart on the point that, she has no moral rights, to insult the man of God.

According to the outspoken Prophet, Afia has made a name for herself through insults and if the Bishop have even "missed it also," she Afia, has lost her stand, to now be able to criticize him.

"You have insulted everyone, including even all the respected elders of the Ghana. So if we want someone to advise our father Bishop Dag, it wont be you, Afia Schwarzenegger. You are not the one to tell our father Bishop Dag that, he doe not respect. Especially when you could even insult our father, Apostle Kwadwo Safo, who is over 70years old." he said. 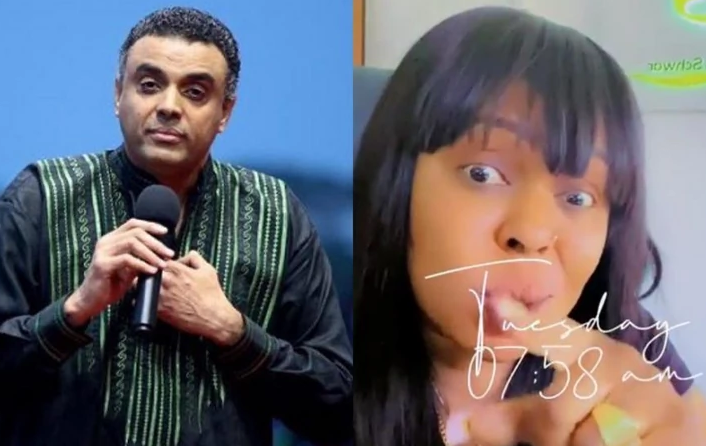 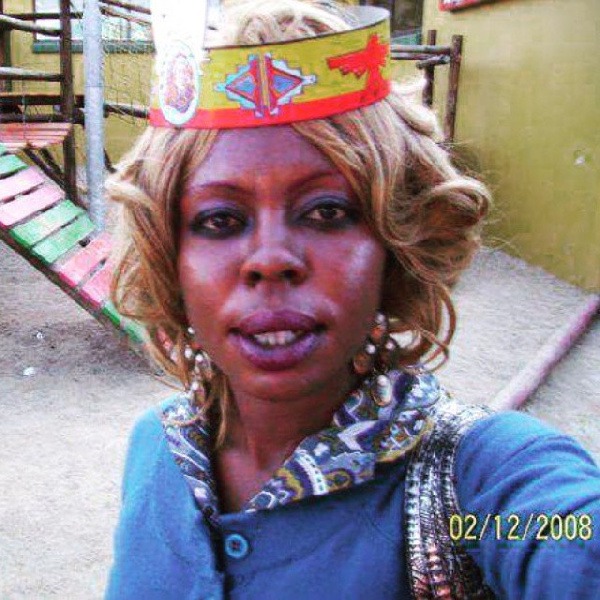 He was emphatic that, Afia Schwarzenegger is the master insulting person in Ghana and her insults or even advice, cannot ever be well received and hence, she must desist from it now. The Prophet contrasted her bad character with that of Bishop Dag's record, something he described as clean and without any controversies. He was however of the view that, despite making those statements, the youth must be careful and desist from retaliating with insults to the respected and elderly in our country, as seen here in this viral video link, Facebook.

Many will recall that, The Seat Show on Net2 TVs host, Kwaku Annan, on his spirited fight with the renowned founder of the Lighthouse Group of Churches, had played an audio tape on his show, few weeks back, which went viral, as it was alleged that, he had downplayed the Asantehene, as not development oriented and hence, they were deemed as insults.

Fast forward however, Bishop Dag Heward-Mills, had rendered an apology to Asantehene Otumfuo Osei Tutu II, indicating that, the sermon preached over two decades ago, was being circulated by "some persons who have previously declared that they will maliciously cause our churches in Kumasi to be closed down".

The well-known preacher then rendered an official apology to the Asantehene and added that he deeply regretted that his words from decades ago had come back to "offend the honourable institution". Dag Heward-Mills then spelled out the many good works of Otumfuo Osei Tutu and said his good works were evident for all to see. Excerpts of the apology letter read: “I am deeply saddened that a message I shared at a conference, nearly 20 years ago, has been taken out of its context and circulated by persons who have previously declared that they will maliciously cause our churches in Kumasi to be closed down”. Afia was however unmoved by these apologies, as she went on a barrage of insults against the person of the Bishop, who she said, had n rights, to denigrate their king and culture, as a non-Ghanaian or half caste. She said "when you people get behind the pulpit, you don't speak about the God that has called you. Light House Chapel, how many branches do you in Kumasi, how much offering have you taken from Asantes and has your church done for Ashanti Region?"

In a video shared on her Instagram page with the caption "nonsense", Afia Schwarzenegger continued that "you too you can open your mouth and speak against Otumfuo because you an albino, do you smoke weed or what the fu*k is wrong with you?" as seen here at https://www.instagram.com/p/CQaj1RHD7LW/?utm_source=ig_embed&ig_rid=b86951c5-afe4-4251-a4d1-f0391278b990.

Again, four youth groups of the Asante Region, had threatened the closure of the 73 churches of the Bishop in the region. Whereas personal checks reveals that, he has close to 900 churches alone in the region, and all part of the over 6,070 individual churches in 92 countries in the world, the group have carried out their threats by closing the main Bantama church, preventing the church from holding its Sunday service just last Sunday.

In a picture, making rounds online now, a picture of the main church is locked, with a short message pasted on it, which indicates that, it is forever closed, until the impending case is solved, as seen below. 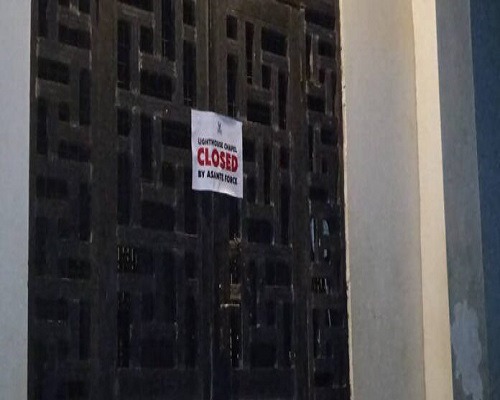