National Cathedral is a not private company - Ablakwa Exposes Secretariat

By Defactsmachine (self media writer) | 1 month ago 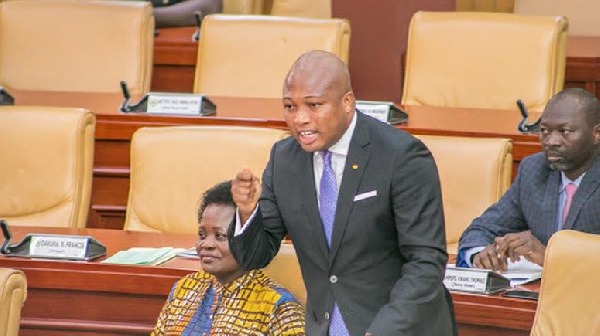 Member of Parliament for North Tongu, Samuel Okudzeto Ablakwa, has responded to claims made by the National Cathedral Secretariat. He says that while they may claim that they are a state-owned company - their incorporation documents seem to suggest otherwise.

In a post on his Facebook page published June 20th, the MP points out inconsistencies with the information released by the National Cathedral Secretariat in regards to its registration status and how this conflicts with other sources which say it is privately owned.

On top of this new information - a ranking member of Parliament's Foreign Affairs Committee has tasked Christians across Ghana to embark on 40 days of fasting and prayer because he says that there is something wrong at our country's National Church.

Akufo-Addo's magnificent cathedral stands erected in its glory above the cascading waterfall at its feet, Mr. Ablakwa wrote on his Facebook wall. It will be recalled that the National Cathedral Secretariat issued a statement on June 17, portions of which addressed issues regarding whether or not the Cathedral was a public or private entity.

In his first official announcement on the project on March 6, 2017, the President [Nana Addo Dankwa Akufo-Addo] underscored the nature of the project as a national cathedral for interdenominational worship services for all people, he continued after quoting from an article about it published by Joy News.

Content created and supplied by: Defactsmachine (via Opera News )