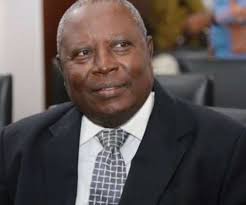 Jinakpa, your Imam couldn’t keep his word to shut up and mind his business, because the great kingdom you left has now grown the full set of its teeth but can hardly bite, and even the loudest cough from the wife of her neighbour in the middle of the night is interpreted as a gunshot.

I took an oath to stay away from anything traditional in Gonjaland (i.e. chieftain issues, exploitation of its resources among others). I decided not to venture to stretch my neck to be slaughtered over a land that my stake is only limited to praying for the royals and nothing else. Not that I am irresponsible or a coward, but I just value peace of mind and the life of my family. As hard as I tried to stay with this oath, the more I get uneasy and unsettled by the forgoing reality.

Once upon a time, when the name Jakpa is mentioned anywhere in this globe, the immediate environment shakes like an earthquake. I believe if he met the British in a war front with all their military might, Jakpa would have conquered them without stress. He would have done so not because of his spiritual or military might, but because of the genuineness of his intention and the love and resolve to establish the current Gonja Kingdom.

Today, that great Kingdom is practically struggling to be great again. The success of Jakpa was borne out of love for one another, respect for laid down rules and customs, extensive consultations before decisions were arrived at and above all, his selflessness. Is the story same today?

Those who own allodial title to the land and are supposed to be its custodians are the very people who hate the land and are ready to dispose off it for a finite peanut. They are those who refuse to follow and respect the very rules and customs that made them trustees and Royals of the land. They are those who careless about the cultural adulteration and the wanton dilution of our traditions with money, politics and hypocrisy. In fact, most of them are the hypocrites themselves, they are the politicians whose primary objective is power and further consolidation of same, and they are the very people who are ready to use money and power to sidestep extensive consultations. 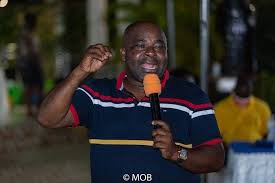 Today, the royal doesn’t even know his appellation; he doesn’t know his stool name, it’s taboos and relevant rituals to perform to appease the ancestors in times of need. The warriors fear the sound of a gun than a newly born baby; the Imams in the palace have refused to offer the required prayers until they are paid for it; the elders have refused to go to the palace because their counselling and concerns don’t matter because they are not the rich and influential but just mere elders with titles. A newly installed chief cannot take beyond three steps to his traditional dance (Damba), a chief now prefers a car to a horse, a swivel chair to the royal-traditional skin. The drummers easily forget the appellations of their royals because of hunger. The Tindanas don’t appease the lands because the land and gods are angry and hungry.

How do you expect such a Kingdom to be great again? Chiefs are interested in fighting for internal lands than to fight for the lands at the borders of Gonjaland. Politicians will go to the extent of mortgaging our lands in return for political victory and favours; occupants of skins go to negotiate for part of Gonjaland to be cut off because of their own individual ends. When you have this kind of arrangements, even sacrifices to the gods and ancestors don’t go beyond the smoke. Do they still do annual sacrifices at all?

I must confess that I am in love with my brothers from Dagbon. This is a Kingdom that is ready to protect itself. Its subjects are ready to defend its chieftain institution because it is the symbol of authority and a symbol to reflects Dagbon and not any political leader or a powerful or filthy rich individual. Dagombas will speak Dagbani even if they were to appear on CNN or BBC. Try a Gonja who has just crossed into a closer town in Bono region, and his Gonja will be worse than an adopted Sisala to Gonjaland. We don’t value our culture like our brothers in Dagbon do. So, one has no option than to love them.

This was a Kingdom (Dagbon) which went almost down for 16 successive years. Even during these years, their culture and traditions were intact. They bounced back some three years ago, and they are already galloping into the skies with hopes of growing in style. They just put together a working development plan for the Kingdom; they have started a modern palace project for the Yaa Naa, to symbolize their heritage and authority. Their Damba is well patronized than all other in Northern Ghana. They are not ready to compromise on their traditions or culture. Dagbon has become the star and symbol of Northern Ghana-there is no contest about this. 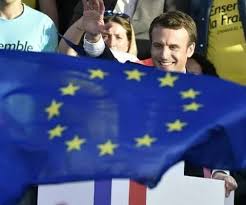 We woke up to yet another noise in Wasipe. Let’s all admit that the happenings in Wasipe are expected, unless we want to keep pretending. This is not the first time and might not be the last (God forbid though). Gonjaland Youth Association in its current form cannot do anything beyond issuing statements and creating a platform for a backdoor dialogue. Nobody can fault them because the Association holds no title to any land, but just a creature to intervene in times like this. The traditional authorities cannot do anything beyond asking innocent young men to go out with their half-torn “gbanyekale” to pretend to be warriors and be ready to fight. The politician is already and doing the extrapolations to weigh the political advantage to play to. So, who can do what?

When you plant a kapok tree on the compound, get ready with your broom during the dry season. All what is happening in Wasipe is self-inflicted. Part of it happened during the just ended 2020 general elections. I may be wrong, but we must admit that we have inflicted this on ourselves. And until we all stopped the hypocrisy and speak truth to power, we will continue to romance this issue forever. The problem is not about the journalists who report on the issue, it is neither the Soona who issues those empty threats, but it is those royals and politicians who have emboldened him and are ready anytime to mortgage Wasipe lands for their selfish gains.

Gonjaland is sitting on a time bomb. The land is fragile, vulnerable and can explode anytime soon, until its owners stop worshipping money, influence and self-praise and embrace the reality that the centre cannot hold. This is just one small portion of land in Lukula in Wasipe, there are more of them in the Bole traditional area, those in Tuluwe, worse case is in Kusawgu and very soon, Kong will come onboard. Those who want to still play ostrich to these realities can continue to do so, but when the time comes, all of us should be ready to bear the brunt.

Today, we are not able to contain internal threats, how can we stand the aggression from external forces when they come? The unity with which Gonjas stood their ground in the past when external aggressors tried it in Kpembe is lost today. When our sister minority groups from within cough small, we start shivering. Gonjas are unsecured today because of individualism, old-aged pride and the readiness to denigrate some minority groupings we have lived with all through ages. Remember that when a minority group feel oppressed or even smell it in its minutest sense, the only way out is to revolt. Until we review our orientation and that pride, there will come a time when these minority groupings will fold their arms and watch us when external aggressors strike, if they don’t even strike first.

This belief that because International Law and our Municipal Laws have jointly outlawed conquers and subjugation as a way of acquiring land and title to same, and for that matter there won’t be anything like external aggression in the future, is but a faint one. Just get prepared for any eventuality.

This was not the land Ndewura Jakpa left behind. For Gonjaland to be great again, we must start to respect everyone including the minority groupings we have settled with over centuries today; we must be ready to respect and follow the rules and customs handed us by our forefathers; we must allow the traditions to lead our collective decisions; we must not allow the politician to divide us for his political interest; and we must be ready to fight for the collective and eschew the extreme individualism. Let royals remain royals, drummers remain as such and the elders to remain the counsellors to the royals. The hypocrisy must stop!