The internationalism of Islamic religion

This is a clear issue that in the religion of Islam. nationalism and tribalism that is used and common among people today didn't have any regard and acceptance rather this religion sees all the nations and different people of the world with one eye, and also from the beginning of the Islamic propagation, it didn't limit itself to a particular nation or people rather this religion always tried through all means to eradicate the root and basis of and tribal pride. 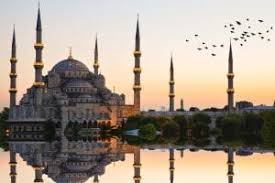 Here we must make our study in two parts: firstly is that Islam in its first appearance has a 'universal motive'. Secondly is that the Islamic criteria are international, not national, tribal and racial. Some of the Europeans are claiming that the Prophet of Islam at the beginning of his advent only wanted to guide the people of Quraysh but when he saw the success of his mission, he decided to extend his propagation to all Arab and non-Arab peoples. This is nothing less than a slanderous accusation void of any historical proof. In addition to that, it is incompatible with the principles and injunctions of the first Qur'anic verses that were revealed to the Prophet.

In the holy Qur'an some verses were revealed in Mecca at the very early stage of the Prophet's appointment but at the same time reveal a universal mission. One of these verses is in the chapter of "Takweer'. The verse states: "It is nought but a reminder unto the worlds." In another verse that is in the chapter of 'Saba'a' "And we have sent you but as a bearer of good tidings and a warner unto all people, but most people do not know." In the chapter of 'Al Anbiya,' it states: "And We have written in the Psalms, after the Reminder, that My righteous servants shall inherit it the earth." In the chapter of Al A'raf, it states: "Say: (O Muhammad: O Mankind! Lo, I am the messenger of God to you all."

In the Qur'an there is no place that you will find the mode of address in the form of 'O, you Arabs' or 'O you Qurashites', yes sometimes in some places there is an address 'O you who believe that the context is especially stated related to the believers that followed the Prophet from this aspect there is no discrimination, a believer from whichever tribe or nation that he belongs to is included in this address-and if it is not so, it has appeared in other places in the form of an address to people in general, with the title of 'O you mankind'. 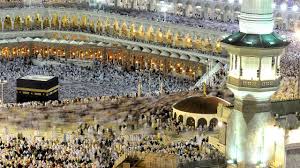 There is another issue that supports the universality of Islamic teachings and the wide perspective of this religion that is there are other verses in the Qur'an which indicate an attitude of indifference towards the Arabs so far as their acceptance of Islam is concerned. The contents of those verses are that Islam is not dependant on the Arabs, assuming they did not embrace it, other people in the world will embrace Islam wholeheartedly. It may be inferred however from these verses that the spirit of other people is more attuned and compatible with Islam than the Arabs.

These verses convincingly portrayed the universality of Islam. It is stated in the chapter of 'Al-An'am': "if these people disbelieve, We have entrusted it to a people who are not its unbelievers." Also in the chapter of 'Al-Nisa', it states: "If He will, He will remove you, O people, and bring others (in your stead); and God is all-powerful over that."Also in the chapter 'Mohammad, it states: "And if you turn away, He will substitute another people, in place of you, then they will not be like you."

In the context of this verse, Imam Baqir says: "what is meant by other people here, are the servants ie the Iranians." Imam Sadiq also said: "this matter - that is turning away from Qur'an came to be true a God replaced them with the 'Mawali' ie. the Iranians, who accepted and embraced Islam wholeheartedly."

In any case, presently our aim is not to say that those people were Iranians or not, rather we want to say that in the Islamic point of view Arab people and the non-Arabs were the same in terms of accepting and rejecting Islam, and even the Arabs because of their unconcern about Islam have been repeatedly scolded. Islam wants to make the Arabs understand that whether they believe or not this religion will progress, because Islam is not a religion that came for a particular group of people. 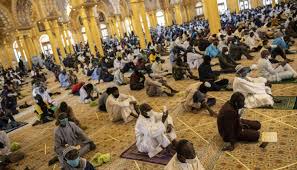 Another issue that is good to be mentioned here is that this issue, that is coming of a creed, thinking, religion and ideology from specific boundaries, and having influence in another boundary and on people that are far away is not restricted to Islam. All the great religions of the world and even the great ideologies of the world were not appreciated in the lands of their origin to the extent that they were welcomed and accepted in other lands. 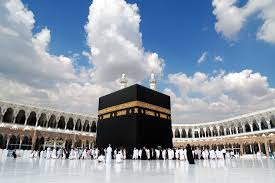 Do the people of Europe and America feel foreign in regards to the religion of Jesus, the Messiah? I don't know why the Europeans who are the source of dividing ideas will never have the same thinking about themselves and they only indoctrinate this ideology to the instruments of their imperialism. If Islam is foreign to an Iranian then the religion of Christ is also foreign to a European and American.

The reason is clear, they felt that in the eastern and Islamic countries it is only Islam that in a form of an independent philosophy of life gives the spirit of independence and struggle to the people of that land. Was it not for Islam, there is nothing that can fight the ideologies of black and red imperialists.

Buddha also-just as we know-came into existence in India, but millions of people from China and other countries adhered to his religion. Zoroastrian even though his religion didn't expand and didn't get out of the borders of Iran, but with all these, the ideology of the Zoroaster widely spread from Balkh to Azerbaijan that they say to be the birthplace of Zoroaster. 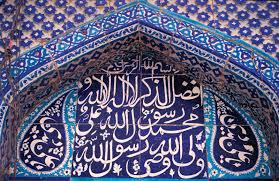 Mecca that was also the birthplace of the Prophet of Islam didn't accept this religion in its early stage but Medina that is kilometres away from this city accepted it. We are going out from the study of religions and we will take into consideration the ideologies and doctrines. The most popular and the most powerful terminological ideology in the world of today is Communism.

Where was Communism founded, from which brain it oozed out and which nations accepted it? Karl Marx and Fredrick Angels were the two Germans that established the foundation of present communism. Karl Marx spent the last part of his life in England. He predicted that the people of England will adhere to communism before other nations, but the German nation and the nation of England didn't accept this doctrine but the people of Soviet Russia accepted it.

Marx didn't anticipate that his ideology in place of Germany and England will spread in the farthest country of the Soviet Union and China. Again we must ask the over fervent nationalists why did the people of the Soviet Union and China not make their nationalistic feelings blossom and send out communism with the excuse that it comes from abroad and it is anti-patriotism? 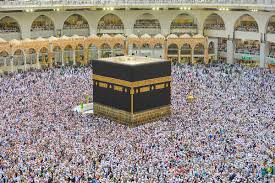 If you address them like this they will laugh at you and say: This subject is not a new issue that religion or an ideology should come out from its place (of origin) and have more importance and influence in another place, Islam at that early stage predicted this issue by blaming the Arabs that were infidels to Qur'an, it gives glad tidings to all about the blossoming future of the Islamic world among other nations.