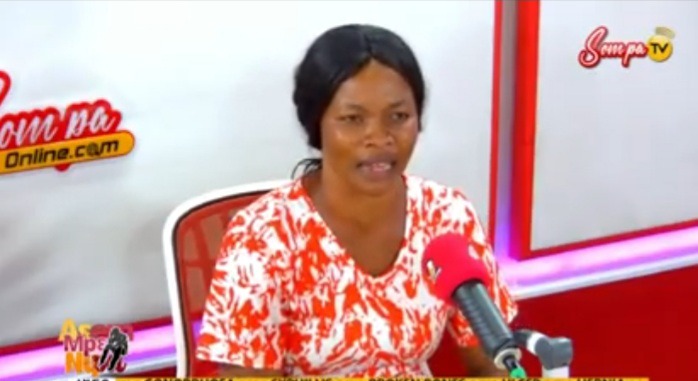 A woman by the name of Linda met her husband Kwadwo Aboagye after his mother came to ask for her hand in marriage. The woman claimed that she was having one child and was also staying in the apartment her ex-boyfriend rented for her at that time. Linda met with the man and they had a chat, he revealed to her that he is not a Christian but a Buddhist.

The lady then told him that she cannot marry him because of his kind of worship but he insisted that he will never allow her to go without getting married to her. Linda's mother-in-law convinced her that after they got married she can still go to her church. The lady makes it known that Kwadwo always becomes angry whenever her baby Daddy comes to pick her up during the weekends, he even accused her of sleeping with him. 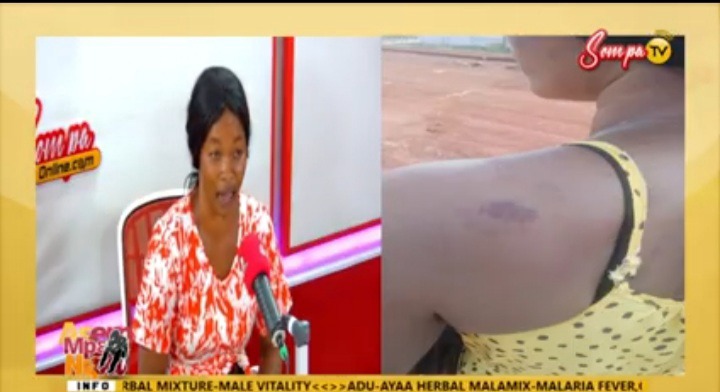 The lady forgave him and they got married in a few months later, she also gave her child to the father to avoid any inconveniences in her marriage. She continued that whenever she tries to call her ex and asked about her child's welfare then her husband becomes angry and had a fight with her. It got to a point that he told her never to go to church again, she should not also pray or sing gospel songs in his house.

The lady said she has not been going to church for the past 5 months because of the instructions her husband gave her. Aside from that too whenever they had any misunderstanding, he insults and beats her, sometimes she gets bruises on her body. Linda again said that her husband has now left home but he has packed all the clothes, the ornaments she wore on their wedding day and her ring with him and she doesn't know where he is staying.

According to Aboagye concerning this allegation, he loves his wife so much but how she has always been chatting with her ex-boyfriend on phone for a long time makes him feel uncomfortable. Kwadwo said he has always been fighting with her because of this issue but she never listened to his advice. He also admitted that is true he has Instructed his wife not to go to church, pray or even read the bible but it is because he is a Buddhist.

One Thing That Is Killing A Lot Of Christians Today. You Should Avoid It At All Cost.