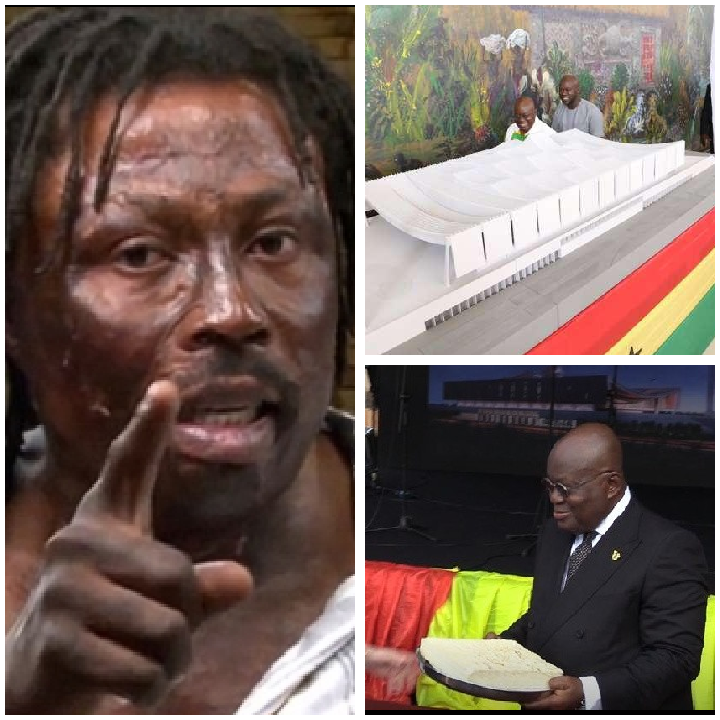 The famous Ghanaian witch doctor, Nana Kwaku Bonsam has described the importation of sacred stone from Jerusalem for the foundation of the controversial national cathedral as satanic.

In March 2020, a special stone was presented to President Akufo-Addo by the Ambassador of Israel to Ghana at a ground breaking event in the capital city to pave way for work to began on the construction of the national cathedral. The Israeli Ambassador, Shani Cooper at the ceremony said the stone was to symbolize santity of the land demarcated for the cathedral.

However, the popular fetish priest argued that anybody who worships in the cathedral after completion would simply be worshipping the devil. He said the right thing was for government to use anointing oil or the Bible instead of an imported stone for the foundation of the national monument with expected 5,000 seating capacity.

In African Traditional religion, some kinds of stones/rocks are worshiped as lesser gods. The worshipers consider such rocks as powerful messagers of the Supreme Being and offer sacrifices to them. This perhaps forms the basis of this opinion by the popular spiritualist.

Speaking on Agoo TV on Monday, Nana Kwaku Bonsam further took a swipe at goverment for demolishing buildings within the already congested national capital to pave way for the project. He insists the best decision is for goverment to consider an area which is outside Accra.

The controversial spiritualist however, applauded the President for the implementation of the free SHS policy which he said has brought a lot of relief to him personally but insists he is disappointed in president Akufo-Addo over his decision to build a cathedral. He believes that building a national cathedral is a misplaced priority.

The Secret Recipe For A Healthy Romantic Relationship

Dear Married Couples, Things You Should Always Do Before Intimacy

She is not the only One: 12 Pregnant Women were kidnapped in Takoradi and Axim - Kwadwo Dickson Hint