The difference between lake of fire and hades

By PhilipQuatehBroadCast (self meida writer) | 19 days 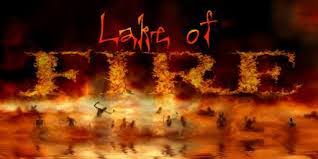 In the Septuagint Hades is the standing equivalent for Sheol, but also translates other terms associated with death and the state after it. The Greek conception of Hades was that of a locality receiving into itself all the dead, but divided into two regions, one a place of torment, the other of blessedness. This conception should not be rashly transferred to the New Testament, for the latter stands not under the influence of Greek pagan belief, but gives a teaching and reflects a belief which model their idea of Hades upon the Old Testament through the Septuagint. The Old Testament Sheol, while formally resembling the Greek Hades in that it is the common receptacle of all the dead, differs from it, on the one hand, by the absence of a clearly defined division into two parts, and, on the other hand, by the emphasis placed on its association with death and the grave as abnormal facts following in the wake of sin. The Old Testament thus concentrates the partial light it throws on the state after death on the negative, undesirable side of the prospect apart from redemption. When in the progress of Old Testament revelation the state after death begins to assume more definite features, and becomes more sharply differentiated in dependence on the religious and moral issue of the present life this is not accomplished in the canonical writings (otherwise in the apocalyptic literature) by dividing Sheol into two compartments, but by holding forth to the righteous the promise of deliverance from Sheol, so that the latter becomes more definitely outlined as a place of evil and punishment.

2. In the New Testament: Hades

The New Testament passages mark a distinct stage in this process, and there is, accordingly, a true basis in Scripture for the identification in a certain aspect of Sheol - H ades - with hell as reflected in the King James Version. The theory according to which Hades is still in the New Testament the undifferentiated provisional abode of all the dead until the day of judgment, with the possibility of ultimate salvation even for those of its inmates who have not been saved in this life, is neither in harmony with the above development nor borne out by the facts of New Testament usage. That dead believers abide in a local Hades cannot be proven from 1 Thessalonians 4:16; 1 Corinthians 15:23 , for these passages refer to the grave and the body, not to a gathering-place of the dead. On the other hand Luke 23:43; 2 Corinthians 5:6-8; Philippians 1:23; Revelation 6:9; Revelation 7:9; Revelation 15:2 teach that the abode of believers immediately after death is with Christ and God.

It is, of course, a different matter, when Hades, as not infrequently already the Old Testament Sheol, designates not the place of the dead but the state of death or disembodied existence. In this sense even the soul of Jesus was in Hades according' to Peter's statement ( Acts 2:27 , Acts 2:31 - on the basis of Psalms 16:10 ). Here the abstract sense is determined by the parallel expression, "to see corruption" None the less from a comparatively early date this passage has been quoted in support of the doctrine of a local descent of Christ into Hades.

The same abstract meaning is indicated for Revelation 20:13 . Death and Hades are here represented as delivering up the dead on the eve of the final judgment. If this is more than a poetic duplication of terms, Hades will stand for the personified state of death, Death for the personified cause of this state. The personification appears plainly from Revelation 20:14 : "Death and Hades were cast into the lake of fire." In the number of these "dead" delivered up by Hades, believers are included, because, even on the chiliastic interpretation of Revelation 20:4-6 , not all the saints share in the first resurrection, but only those "beheaded for the testimony of Jesus, and for the word of God," i.e. the martyrs. A similar personifying combination of Death and Hades occurs in Revelation 6:8 ("a pale horse: and he that sat upon him his name was Death; and Hades followed with him"). In Revelation 1:18 , on the other hand, Death and Hades are represented as prisons from which Christ, in virtue of His own resurrection, has the power to deliver, a representation which again implies that in some, not necessarily local, sense believers also are kept in Hades.

In distinction from these passages when the abstract meaning prevails and the local conception is in abeyance, the remaining references are more or less locally conceived. Of these Luke 16:23 is the only one which might seem to teach that recipients of salvation enter after death into Hades as a place of abode. It has been held that Hades is here the comprehensive designation of the locality where the dead reside, and is divided into two regions, "the bosom of Abraham" and the place of torment, a representation for which Jewish parallels can be quoted, aside from its resemblance to the Greek bisection of Hades. Against this view, however, it may be urged, that if "the bosom of Abraham" were conceived as one of the two divisions of Hades, the other division would have been named with equal concreteness in connection with Dives. In point of fact, the distinction is not between "the bosom of Abraham" and another place, as both included in Hades, but between "the bosom of Abraham" and Hades as antithetical and exclusive. The very form of the description of the experience of Dives: "In Hades he lifted up his eyes, being in torments," leads us to associate Hades as such with pain and punishment. The passage, therefore, does not prove that the saved are after death in Hades. In further estimating its bearing upon the problem of the local conditions of the disembodied life after death, the parabolic character of the representation must be taken into account. The parable is certainly not intended to give us topographical information about the realm of the dead, although it presupposes that there is a distinct place of abode for the righteous and wicked respectively.

The two other passages where Hades occurs in the teaching of our Lord (Matthew 11:23 parallel Luke 10:15; and Matthew 16:18 ) make a metaphorical use of the conception, which, however, is based on the local sense. In the former utterance it is predicted of Capernaum that it shall in punishment for its unbelief "go down unto Hades." As in the Old Testament Sheol is a figure for the greatest depths known ( Deuteronomy 32:22; Isaiah 7:11; Isaiah 57:9; Job 11:8; Job 26:6 ), this seems to be a figure for the extreme of humiliation to which that city was to be reduced in the course of history. It is true, Matthew 11:24 , with its mention of the day of judgment, might seem to favor an eschatological reference to the ultimate doom of the unbelieving inhabitants, but the usual restriction of Hades to the punishment of the intermediate state (see below) is against this.

In the other passage, Matthew 16:18 , Jesus declares that the gates of Hades shall not katischúein the church He intends to build. The verb katischuein may be rendered, "to overpower" or "to surpass." If the former be adopted, the figure implied is that of Hades as a stronghold of the power of evil or death from which warriors stream forth to assail the church as the realm of life. On the other rendering there is no reference to any conflict between Hades and the church, the point of comparison being merely the strength of the church, the gates of Hades, i.e. the realm of death, serving in common parlance as a figure of the greatest conceivable strength, because they never allow to escape what has once entered through them.

The above survey of the passages tends to show that Hades, where it is locally conceived, is not a provisional receptacle for all the dead, but plainly associated with the punishment of the wicked. Where it comes under consideration for the righteous there is nothing to indicate a local sense. On 1 Peter 3:19; 1 Peter 4:6 (where, however, the word "Hades" does not occur), see articles ESCHATOLOGY OF THE NEW TESTAMENT; SPIRITS IN PRISON .

8. Not a Final State

The element of truth in theory of the provisional character of Hades lies in this, that the New Testament never employs it in connection with the final state of punishment, as subsequent to the last judgment. For this GEHENNA (which see) and other terms are used. Dives is represented as being in Hades immediately after his death and while his brethren are still in this present life. Whether the implied differentiation between stages of punishment, depending obviously on the difference between the disembodied and reëmbodied state of the lost, also carries with itself a distinction between two places of punishment, in other words whether Hades and Gehenna are locally distinct, the evidence is scarcely sufficient to determine. The New Testament places the emphasis on the eschatological developments at the end, and leaves many things connected with the intermediate state in darkness.

Content created and supplied by: PhilipQuatehBroadCast (via Opera News )