Apostle Francis Amoako Atta, Founder and Leader of Parliament Chapel International (PCI), has given a powerful message for the month of September that keeps believers and non-believers alike, thinking and great introspection of themselves. 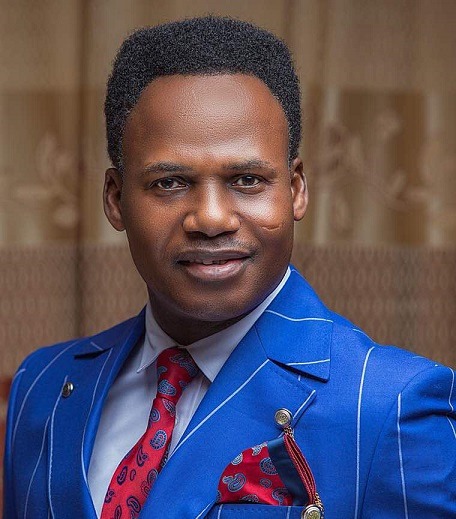 The message which he titled “Separate Yourself From Members Who Are Going Nowhere,” has been considered by many people who listened to him on Angel TV on September 1, 2020 as the “greatest message ever heard this year.”

The Great exposition released by Apostle Francis Amoako Atta was at the heels of some developments in the country regarding the lynching and attacks on old women in society over claims that they are witches.

He said the youth of today are hiding behind their failures, their laziness and on religion to look for ways to blame others for their shortcomings and that killing the old women is not the solution.

According to him, the youth who are caught up in the acts of blaming others, especially the aged, for their failures have failed to separate themselves from them that are going into destruction.

He quoted Proverbs 20 Vrs. 20 “Whoever curses his father or mother, his lamp will be extinguished in deepest darkness,” and indicated that the occurrences in the country today are the manifestations of a dying generation.

This, he said, has been the genesis of the failure of generations.

Apostle Francis Amoako Atta also preached that when it comes to character, the current generation is dying but they don’t know they are dying and that it will take rigorous education for this generation to rise or else, they will keep dying whilst the old who are without knowledge also continue to bleed.

He charged the youth to separating themselves from the other members who are not productive and God will bless them.

He noted that this month, September, would be a good beginning for people if they begin to separate themselves.

He charged the youth to stop accusing other people for their problems and their failures because according to him, “there is no devil anywhere; you are your own devil.”

According to him, the woman with the flow of blood for several years didn’t blame anybody for her sickness, but what she did was for her to separate herself from the crowd and her healing came.

Apostle Francis Amoako Atta quoted Mark 5 of the Bible stating that, “And a woman was there who had been subject to bleeding for twelve years. She had suffered a great deal under the care of many doctors and had spent all she had, yet instead of getting better she grew worse.  When she heard about Jesus, she came up behind him in the crowd and touched his cloak, because she thought, “If I just touch his clothes, I will be healed.” Immediately her bleeding stopped and she felt in her body that she was freed from her suffering.”

He also noted that Acts 13: 2 “While they were worshiping the Lord and fasting, the Holy Spirit said, "Set apart for me Barnabas and Saul for the work to which I have called them," is also a clear manifestation of the power of separating oneself from others who have no vision and future.

The Apostle of God also urged all to stop the killing, and take responsibility of their actions.

“Whenever you separate yourself from the other members, who are not productive and God will bless you,” he said.

Apostle Francis Amoako Atta said after separating oneself from the others, there is the need for them to hold onto the power of “I AM,” to transform their lives.

According to him, “Anytime you believe in yourself, you become God in action.”

He asked all to begin to talk to themselves with faith as the woman with the flow of blood did by talking to herself “For she kept saying, If I just touch his clothes, I and my inner self shall be restored in health.”

He said, what you might be going through is not by any witchcraft but may be a life you lived and for that matter, you must begin to separate yourself, and speak healing, speak change, speak transformation into your life.

“Until you begin to talk to yourself, God will never talk to you, the best prophet in your life is you yourself, use the magic word If I and until you get the healing in your mind, you can never be healed.”