The Origin Of Wahhabism And Salafism As An Islamic Sect. 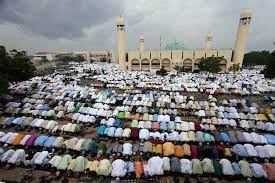 The phenomenon of Islamic terrorism cannot be adequately explained as the export of Saudi Wahhabism, as many commentators claim. In fact, the ideological heritage of groups such as al-Qaeda is Salafism, a movement that began in Egypt and was imported into Saudi society during the reign of King Faisal. The official ‘Wahhabi’ religion of Saudi Arabia has essentially merged with certain segments of Salafism. There is now intense competition between groups and individual scholars over the ‘true’ Salafism, with the scholars who support the Saudi regime attacking groups such as al-Qaeda as ‘Qutbists’.

The easy explanation for differences within the Salafi movement is that some aim to change society through da’wa (preaching/evangelizing) whereas others want to change it through violence. But as the Saudi example shows, all strains of Salafism, even the most revolutionary and violent, make a place for social services such as education in their strategies for the transformation of society. When Muhammad ibn Abd al-Wahhab began preaching his revivalist brand of Islam amongst the Bedouins of the Najd during the 18th century, his ideas were dismissed in the centers of Islamic learning such as al-Azhar as simplistic and erroneous to the point of heresy.

Ibn Abd al-Wahhab claimed that the decline of the Muslim world was caused by pernicious foreign innovations (bida’) – including European modernism, but also elements of traditional Islam that were simply unfamiliar to the isolated Najdi Bedouins. He counseled the purging of these influences in an Islamic Revival. Ibn Abd al-Wahhab’s creed placed an overriding emphasis on tawhid (monotheism), condemning many traditional Muslim practices as shirk (polytheism). He also gave jihad an unusual prominence in his teachings. The Wahhabis called themselves Muwahideen (monotheists) – to call themselves Wahhabis was considered shirk.

Salafism originated in the mid to late 19th Century, as an intellectual movement at al-Azhar University, led by Muhammad Abduh (1849-1905), Jamal al-Din al-Afghani (1839-1897) and Rashid Rida (1865-1935). The movement was built on a broad foundation. Al-Afghani was a political activist, whereas Abduh, an educator, sought gradual social reform (as a part of da’wa), particularly through education. Debate over the place of these respective methods of political change continues to this day in Salafi groups such as the Muslim Brotherhood. The early Salafis admired the technological and social advancement of Europe’s Enlightenment, and tried to reconcile it with the belief that their own society was the heir to a divinely guided Golden Age of Islam that had followed the Prophet Muhammad’s Revelations. 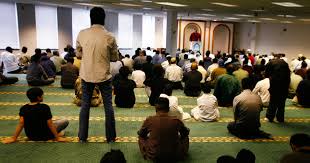 The name Salafi comes from as-salaf as-saliheen, the ‘pious predecessors’ of the early Muslim community, although some Salafis extend the Salaf to include selected later scholars. The Salafis held that the early Muslims had understood and practiced Islam correctly, but true understanding of Islam had gradually drifted, just as the people of previous Prophets (including Moses and Jesus) had strayed and gone into decline. The Salafis set out to rationally reinterpret early Islam with the expectation of rediscovering a more ‘modern’ religion. In terms of their respective formation, Wahhabism and Salafism were quite distinct. Wahhabism was a pared-down Islam that rejected modern influences, while Salafism sought to reconcile Islam with modernism. What they had in common is that both rejected traditional teachings on Islam in favor of direct, ‘fundamentalist’ reinterpretation.

Oswald and Mrs Appiah Taking Twitter By Storm; And Its Legendary

If You Do These Things, She Will Never Let You Go. First Impression Counts