The mother of all religious beliefs in Ghana is paganism, though its sister religions also its child in a sense that any other religion centuries ago, in its small, early formations took converts from generations of pagan's worshippers as this begins when the first missionaries from Europe assimilate parts of our culture which convinced our forefathers to abandon idols for the Christian's God rewarded with a proper-nouns.

Though, the 2010 population census grouped pagans with percentage scores of five, there have been a awakening by priests flooding television stations not through the Christian way of preaching virtues of heaven or hell, but to conjure and double money; they appear clinging the eyes of unsuspecting clients as unemployment opportunities fall, like Karl Heinrich Marz said "Religion is the opium of the masses"; the devil finds work for the idle person.

According to some reports on Opera News, some of these people self acclaimed priests have been picked up on charges of dealing in fake currency, money laundering and murder to name a few.

In view of this development, the Hit-Girl has no choice than to compel the lists of reputable solution centres in Ghana today that defies the living lamb for those who believe in it. 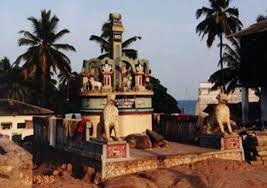 This is the premium mother of all solution centres in Ghana and West Africa located just 5 Kilometres away from Aflao Border in Accra-Aflao Highway is it the one stop, solution centre for all spiritual and related problems.

According to spiritual expert, Nogokpo thunder deity only rains judgment on guilty people when reports are made; orders are given to fire after all efforts to reach the accuse to appease the gods failed, and it then, reward entities fingered during rainfall with a thunder strike to send a strong message to its victims and related extensions including family members. 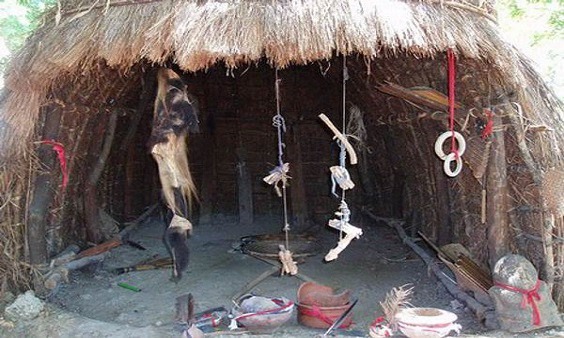 Antoa Nyamaa is a popular river god deity with its shrine located in the Kwabre East District of the Ashanti Region.

The powerful god is feared and reviled by many, though not as powerful as the above-mentioned.

In 2015, bad news has it that Antoa's 'strong room' was breached by thieves who stole gold ornaments and other valuables worth thousands of Ghana cedis.

Though some arrests were made, it is not known whether valuables have been to retrieve to date.

The Klikor gods and other deities have no central authority as their powers are manifested by multiple priests and there also exist female and male gods, unlike unison of the two mentioned in the discussion above and therefore it is obscure to this publication unless an authority in this field proves otherwise.

Please comment; click my name or search in the search bar 'Hit-Girl' to read other interesting articles.

Content created and supplied by: Hit-Girl (via Opera News )

Do You Love Eating Snail Meat? See The Harm it Can Cause to Your Body