The ongoing constructions of the 5,000-seater auditorium Christian Cathedral in Ghana, is one single project, that has generated so much heated debates in country. The idea of the Cathedral; since its initial stages, has caused so much division among Ghanaians; with some people in support, whiles others also opposing to it.

The so-called Christian interdenominational cathedral; which was 'master-minded' by His Excellency President Nana Addo Dankwa Akuffo Addo, is currently under construction in Accra-Ghana. The construction work is being undertaken by a construction firm, call David Adjaye Associates (an award winning architectural and design firm with studios in Accra). 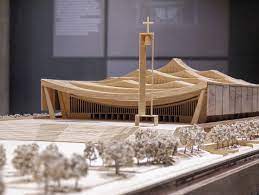 The information which was revealed by the Member of Parliament (MP), for North Tongu, Honorable Samuel Okudzeto Ablakwa, stated that, "Checks reveals that, his (Pastor Otabil's) name has been deleted. After exposing another layer of deception relating to the grossly misleading claim on the website of the national cathedral, that Pastor Mensa Otabil was still a member of the Board of Trustees; I can now reveal that, last night, Govt quietly took out Pastor Otabil, from the website”. 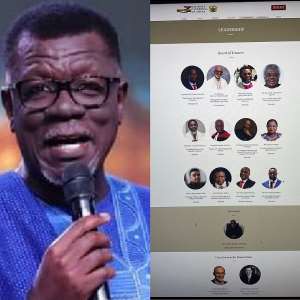 The latest to also speak on the Mensa Otabil-National Cathedral Brouhaha, is Bishop Prince Bennie Woode, spokesperson for the Concerned Clergy Association of Ghana.

Speaking on Radio Gold, Bishop Benny Woode said, Pastor Mensa Otabil should not be allowed to leave the National Cathedral's Board of Trustees at this very stage of the project; and that he (Mensah Otabil), and any other member of the board who has left or planning to leave, must remain on the board, till the end of the National Cathedral project. 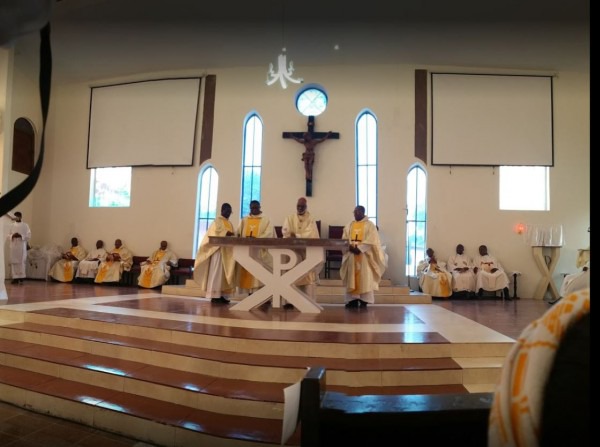 He said again, that, the Catholic Church in general, normally do not enjoy doing partnership works; or doesn't engage in partnership projects with other churches, or denominations; especially in the construction of church auditorium.

According to Bishop Woode, any Muslim can enter into any mosque, but no christian can enter any church, this according to him, is because there is no union in Christianity as it is in Islams. Bishop Woode, again stated that, the catholic Church, is very technical and principle when it comes to their church buildings as compared to other denominations; adding that, the Rich church in Accra could be converted to a national Cathedral, and not necessarily pulling down building, and using such a huge amount of money, to build a new one.

Bishop Benny Woode again revealed that, one of the reasons, why there are so much controversies around the construction of the Cathedral, is because it is not a National priority, especially considering the current hardships in the country.