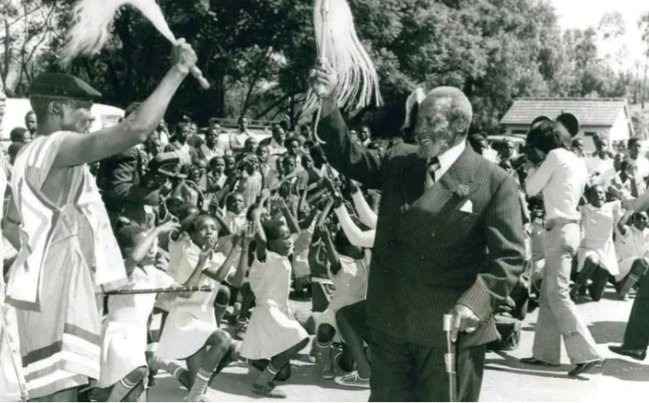 Mzee Jomo Kenyatta was born in 1897, the grandson of a Kikuyu medicine man. He studied anthropology under Bronislav Malinowski at the London School of Economics in the 1930s. He was Kenya's first native-born president and played a key role in the country's transition from a British colony to an independent republic.

He was the leader of the Kenya African National Union (KANU) and served as Prime Minister. Thousands of Kenyans cheered when he was elected president, running through the rain-soaked streets of Nairobi. There is relatively little spoken about his life, accomplishments, and legacy.

Kenyatta grew up in a devout Roman Catholic family, but he never followed the faith. He told presiding judge Ransley Thaker at the infamous Kapenguria Trial in 1953 that he was "agnostic," effectively a "kafiri". Unlike former President Daniel Moi, who became a Christian and adopted the name Daniel while studying at the African Mission School in Kabartonjo.

Former President Daniel Toroitich Arap Moi was a fervent Christian throughout his 24 years as Kenya's second president, and even after stepping down. Former African Inland Church (AIC) presiding Bishop Silas Misoi Yego claimed that the former president once wanted to join him in church indicating that he was a believer.