Members of the various denominations who abandon all worldly attachment enter an “inner circle” or “order” that, seeking a life of devotion, adopts or develops particular vows and observances, a common cult, and some form of initiation. 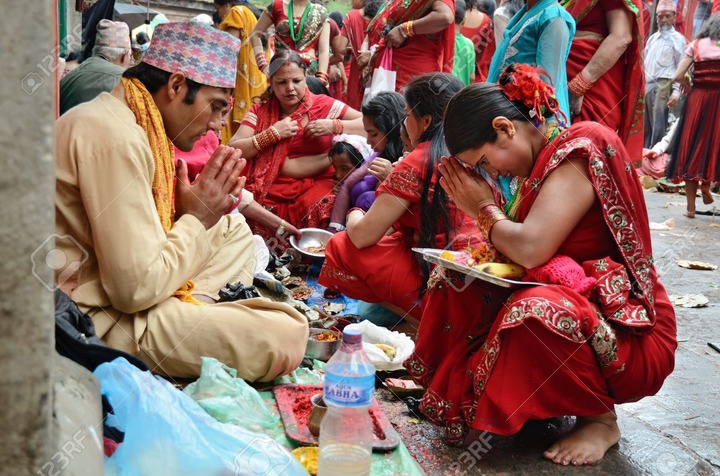 Hindus are free to join a religious order and must submit to its rites and way of living after joining it. The initiation (diksha), a rite of purification or consecration involving the transformation of the aspirant’s personality, is regarded as a complement to, or even a substitute for, the previous initiation ceremony (the upanayana that all twice-born Hindus undergo at adolescence), which it strikingly resembles. Such religious groups integrate ancient, widespread ideas and customs of initiation into the framework of either the Vaishnava or Shaiva patterns of Hinduism. Vaishnavism emphasizes their character as an introduction to a life of devotion and as an entrance into closer contact with God, although happiness, knowledge, a long life, and a prospect of freedom from karma are also among the ideals to which they aspire. Shaivas are convinced of the absolute necessity of initiation for anyone desiring final liberation and require an initiation in accordance with their rituals. 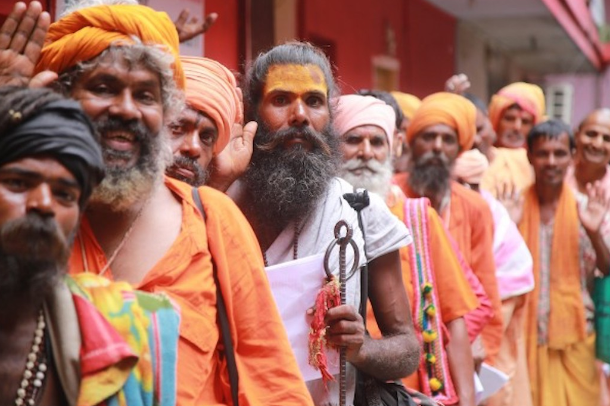 All communities agree that the authority to initiate belongs only to a qualified spiritual guide (guru), usually a Brahman, who has previously received the special guru-diksha (initiation as a teacher) and is often regarded as representing God himself. The postulant is sometimes given instruction in the esoteric meaning of the scriptures. The initiate receives a devotional name and is given the sacred mantras of the community. There are many complicated forms of initiation: the Vaishnavas differentiate between the members of the four classes; the Shaivas and Tantrists take into account the natural aptitude and competency of the recipients and distinguish between first-grade initiates, who are believed to obtain access to God, and higher-grade initiates, who remain in a state of holiness. The initiate guided by a guru may practice Yoga (a “methodic exertion” of body and mind) in order to attain, through mortification, concentration, and meditation, a higher state of consciousness and thereby find supreme knowledge, achieve spiritual autonomy, and realize oneness with the Highest (or however the ultimate goal is conceived). Yoga may be atheistic or theistic and may adopt various philosophical or religious principles. Every denomination attempted to implement Yogic practices on a theoretical basis derived from its own teachings. There are many different forms of Yoga, and the practices vary according to the stage of advancement of the adepts. All serious yogis, however, agree in disapproving the use of Yogic methods for worldly purposes. The typical Hindu ascetic (sadhu) usually wears a distinctive mark (pundra) on his forehead and often carries some symbol of his religion. 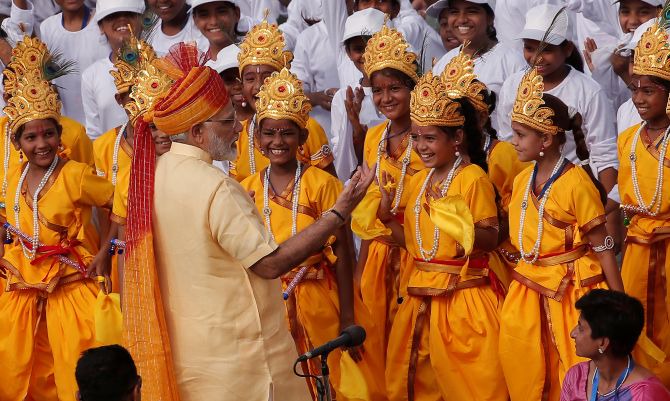 A Vaishnava might possess a discuss (chakra) and a conch shell (sankha), replicas of Vishnu’s flaming weapon and his instrument of beneficent power and omnipresent protection, or a shalagrama stone or a tulsi plant, which represent, respectively, Vishnu’s essence and that of his spouse Lakshmi. A Shaiva might impersonate Shiva and carry a trident (trishula), denoting empire and the irresistible force of transcendental reality; wear a small lingam; carry a human skull, showing that he is beyond the terror inspired by the transitoriness of the world; or smear his body with apotropaic (supposed to avert evil) and consecratory ashes. These emblems are sacred objects of worship because the divine presence, when invoked by mantras, is felt to be in them.

Image With a Story Entitled 'The King's Portrait' Has Gone So Viral on WhatsApp: Check Out Why