When I went to hell, all the rich people were begging for an opportunity to reject their wealth

Ex Freemason member KEVIN STEWART of Sunderland has made some revelations. This is the link to the story: https://spiritreports.blogspot.com/2018/11/kevin-stewart.html

When Jesus took a former freemason to hell, he narrated how he beheld how souls were tortured in their cells. In there, he made reference to how Jesus sorrowed over their lost souls.

Whilst he stood there with Jesus, He said “the sin of the world imprisons people. Whoever does not sacrifice the desires of the flesh and does not kill the sin that is in the flesh will come to that place."

To his surprise, he saw a rich man burning in hell fire. He indicated how Jesus told the man in the fire to tell him why he was there. 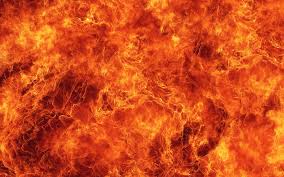 When the man opened his mouth, he said "My money held me in material things. The more I had, the more I wanted to spend on luxury, pleasure and women.’

He continued ‘I did not have time to go to church because of the money that brought well-being to me. I was traveling the world and never remembered God. Money was more important to me than Jesus. My money made me forget God and stopped my salvation.’

The man confessed how he preferred the temporary wealth of this world rather than the eternal heavenly riches. Jesus showed him more people who had great wealth on earth but were now in hell fire. 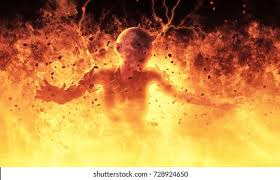 These include all influential leaders of the society. He indicated how he heard one of such people saying "I want to go back to the earth and be the poorest person there than to stay in this place of torment. Let me go back to earth and be a garbage collector because nobody can stay in this torture.’

Seeing that man begging to return to earth was so sad. In hell, there is no separation of class between rich and poor. Everyone mingles in that place.

He saw poor, rich, black, brown, white and brown all in one place. All religions, cultures and languages are in that place. People from the time of Abraham and from various times to the present day are all in one place.

Jesus then took him to another place in hell where he saw a beggar man. About the beggar, Jesus said unto him that "I sent My servants to this man, every day he brought food and juice to him. My Word was still preached to him yet he did not want to give his life to Me and he died." 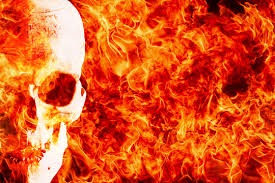 When he watched the beggar in the fire, he heard him shouting "I do not deserve this place for living a miserable life on earth. I deserve heaven, this is simply not fair."

The beggar tried to justify himself that he did not deserve hell for living a poor and miserable life on earth but it was too late for him to have repented.

Jesus showed him various Christians in hell who were there for copying the preacher or preacher’s wife. Most often, they said "The shepherd's wife does not sanctify herself so we do not need to sanctify ourselves." They knew it was a sin and yet they wanted to mirror their leaders.

When they were alive, they said among themselves, "I saw the pastor walking in shorts and a sleeveless shirt; if it was a sin, he would not walk like that. Even his daughter goes to the beach in a bikini." When they died, they ended up in Hell.

He narrated how those poor souls had been lost forever and were being tormented in Hell. In his testimony, he urged everyone not to be ignorant about that place called hell because that’s the place most people end up at after death. 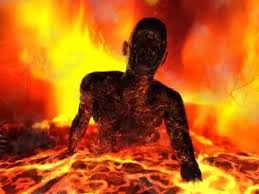 Cheating Is Part Of Marriage, I Can Cheat On My Husband Any Time- Married Young Lady Reveals