In a seeming case of comparism and contrasting, whereas "a place of worship of Allah" is ready and inaugurated fast by H. E Nana Addo, to the cheers of hundreds and thousands of Ghanaian Muslims, the very promise of the then Candidate Akuffo-Addo to build a befitting National Cathedral, "to honour the Christian God," made not just to Archbishop Nicholas Duncan-Williams, the father of the Charismatic movement in Ghana, and a largely unnamed Prophet of God, who I am reliably told is Prophet Enoch Jenkins, remains on the ground, technically. 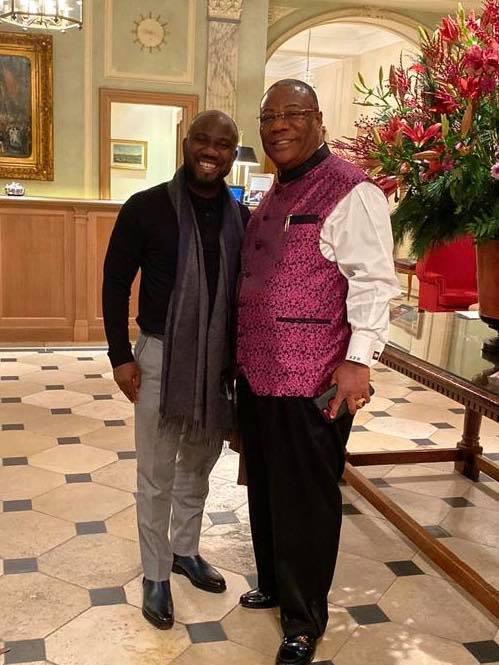 "On Friday, 16th July 2021, I commissioned the National Mosque of Ghana Complex for the Muslim Ummah of our nation. This Complex contains a grand mosque which is the second largest in West Africa, an office complex for the National Chief Imam, a clinic fitted with laboratories and a pharmacy, a library and a morgue.

Later in the day, I joined five (5) colleague Heads of State to honour and express our gratitude to the immediate past President of the Republic of Niger, my good friend and brother, His Excellency Mahamadou Issoufou, the Champion and Leader of the African Continental Free Trade Area (AfCFTA), for his exceptional leadership and sterling contribution in ensuring the transformation of the AfCFTA from a concept into a reality," it read. At the inauguration, H. E Nana Addo, will go on and make statements, such as these.

“The minaret of this mosque is very visible from many parts of Accra. For me, it is not just the beauty that it adds to Accra’s skyline that excites me necessarily. I am even more excited by the fact that, as a Christian-majority country, a symbol of Islam can beautifully adorn our landscape, and expose the beauty of religious harmony that we enjoy in Ghana, and which continues to be the envy of the rest of the world,” the President said.

The mosque, President Akufo-Addo explained, is not just a place of prayer, stressing that “it is a hub for social and cultural activities. In other words, a mosque is supposed to bring people together, and not divide them”.

“This beautiful Complex is a replica of the famous Blue Mosque in Istanbul, Turkey, which has become one of the most visited mosques in the world for the purposes of tourism. I expect that we should also nurture and take care of this mosque, and build its profile as a tourist destination for travelers to our country,” he said.

President Akufo-Addo continued, “Fortunately, our Minister for Tourism, Arts and Culture is a devout Muslim and an astute businessman, and I expect him to craft an appropriate strategy to make this beautiful edifice a place of pilgrimage”.

“I shall continue to be faithful to my presidential oath, and, hopefully, I can count on your support and the support of the Ghanaian people to make our country great and strong,” he added. 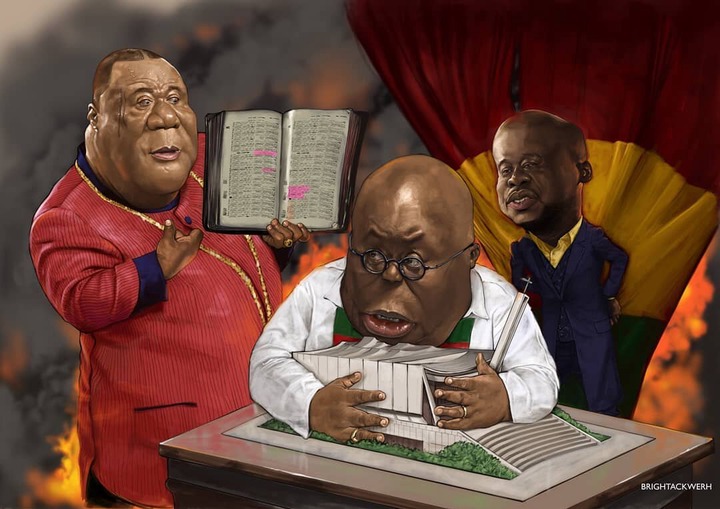 However, flowing from his last statement, he recognizes the value of such sacred places in governance and it is no wonder that, one of his campaign promises, not to Ghanaians, but to God and his leading ministers was a National Cathedral, something, that is now public knowledge.

Except that, very little is known about the latest on his promise to God, something, that was made years ago, when this inaugurated Mosque was also been built and he was no where near the seat of power. So here is the news updates, you have always wanted to find out.

Well, the latest on the construction of the National Cathedral are as follows:

Making the announcement to the Board of Trustees at the Presidency (Jubilee House) on Monday February 8, 2021, the President, H.E. Nana Addo Dankwa Akufo-Addo, expressed his satisfaction that in Apostle Prof Opoku Onyinah, a suitable and worthy replacement has been found for founding Trustee Chairman, Most Rev Samuel Asante Antwi, who passed away on September 13, 2020.

In his acceptance remarks, Apostle Prof Opoku Onyinah expressed the appreciation of the Trustees to the President for the privilege to serve as Trustees, and his personal gratitude for the honour done him by the President. He expressed the hope that, collectively, he and the Team will work to ensure the completion of the National Cathedral. 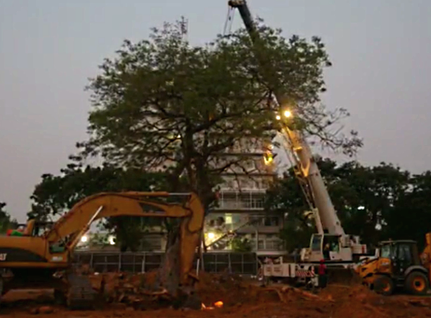 The grounds clearing on the site, by far

The building site for the National Cathedral of Ghana is currently in the preparatory stage and according to the projects website, stringent processes have been employed to maintain both the integrity of the land and preserve the precious greenery that was present prior to commencement.

"The leadership of the project communicated a strong need to ensure that international standard eco-friendly site preparation methods were employed by the construction team to maintain the natural environment of the site. These methods and the skills derived from it have been developed locally and will aid future construction projects in the country," the statement added.

The short video found here at https://video.wixstatic.com/video/2b891a_7cde3eec5dc74e9693c46e52e5c8225c/360p/mp4/file.mp4, provides a detailed explanation of the current stage and restates the importance and significance of this project to the entire nation.

This video basically shows how the grounds have been cleared and trees, removed for safe keeping, to be transplanted eventually when the construction is done basically.

One may understand that, Covid-19 occasioned some forms of delays, as its already been a whole year and some few months, since Ghana’s president Nana Addo Dankwa Akufo-Addo laid the foundation stone for the national cathedral to be located in the capital Accra.

“…since gaining our freedom from the colonial power sixty-three years ago on the 6th of March 1957, Ghana has so far been speared civil war, famine, and epidemics. We are certainly no better than the other nations in our neighborhood, who have been confronted with these challenges. I believe it is by the grace of God, that we have been preserved and sustained. The construction of the Cathedral will be an act of thanksgiving to the Almighty for His Blessings, Grace, Favour and Mercies on our nation,” President had said at the event.

The president, who was joined by leadership of major Christian congregations, government officials, ambassadors, traditional authorities and a cross-section of citizens at the event, generated a a national discourse, as this event was characterized by the importation of a stone from Jerusalem which the president dropped into the first digging at the site, something, that the Israeli ambassador Shani Cooper presented to the state.

The stone, according to her, will symbolize the sacredness of the land earmarked for the project as Christians regard Jerusalem to be the most sacred site in the world. She added that Isreal’s involvement in the construction of the Ghana National Cathedral will strengthen ties between the two countries, the report added.

The president in a Facebook post then, had said the facility “will be the rallying point for the Christian community to come together to worship, to pray and to promote deep national conversations on the role of faith in building Ghana. It will house a Bible Museum, and it will be an iconic infrastructure for national, regional and international pilgrimage and tourism. It will be a monument to religious liberty. Its construction deserves the full support of the nation,” he said.

With actual work on the cathedral which begun on March 6, 2020.and a full year on, one may be wondering, if the confessions of the renowned Architect of the National Cathedral, that, he wholly supports people's freedom to live and practice Gay and Lesbianism, may well be the reason, God is helping stall the entire project, or this just adds up, to the Presidents big promises, which are yet to see the light of day, such as his famous promise to transform Ghana's economy within 18months, but five (5) years on, trust me, "we still cant bring back the dead as a nation and neither can we turn around our economy!"

Lastly, whereas the National Mosque, cost the sponsoring Turkish Government just $10million US, the proposed National Cathedral, is rather costing as much as a whooping $100,000million US, and many believe that, that may well be one of the impeding factors, currently fighting against the quick completion, but who knows, if it is for God, He certainly wont mind sending some dollars, in the way from Heave, anytime soon. 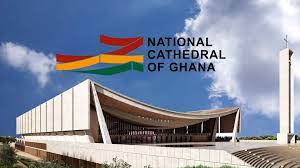