The rain of blood: Humanity’s dreadful days of bloody rains.

By CornerNewsUpdate (self meida writer) | 5 days

I once asked a friend if he is still living in sin; he replied “oh yes…I moved in there, six years ago and it feels good there”. Then I told him “better move out from there because it will soon start raining blood upon everyone living in sin”. Blood rain or red rain is a phenomenon in which blood is perceived to fall from the sky in the form of rain."Blood rain" happens a few times a year in the UK, say experts. It is more common in southern Europe like Spain and the South of France, which are closer to the Sahara. However, it can travel longer distances and fall in areas like Scandinavia.

Occurrences of blood rain throughout history are distributed from the ancient, to the modern day. The earliest literary instance is in Homer's Iliad, in which Zeus twice caused a rain of blood, on one occasion to warn of slaughter in a battle.

In time past, unusual events such as a rain of blood were, considered bad omens. The rain of blood is a sign of ill fortune, or an upcoming catastrophe...a disaster. In the days of Noah…when he started building an ark, the righteous consider that as a sign of redemption; but that, was a bad omen for the evil ones on earth, because the ark also signifies an upcoming disaster. 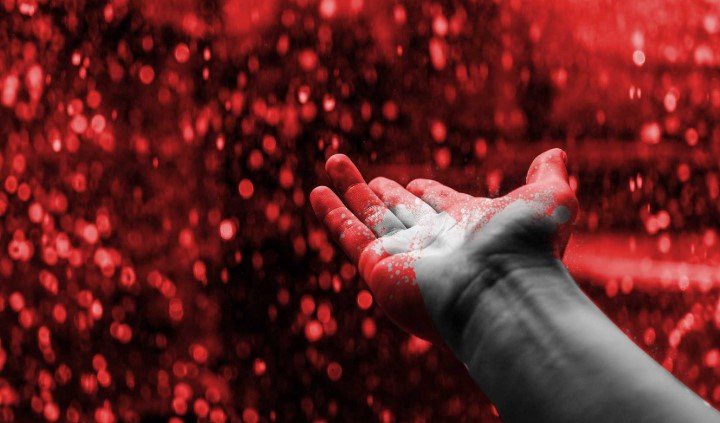 Throughout northern and western Europe, there are many cases of rains of blood, which were used by contemporary writers to augur bad events.

The days of destruction are no longer far away from humanity, as we have always imagined; because almost every human activities under this planet today, is becoming an abominations before the Lord God.

The bible made us known in the story of Noah, that a time came when the earth was covered with abominations. Humanity became exceptionally loathsome, hateful, sinful, wicked and making God to regret ever creating humans.

According to the bible, even in the midst of an evil generation, Noah was a righteous man who walked with God. Seeing that the earth was corrupt and filled with abominations, God curses the earth…and destroyed it with forty days of rain; but instructed Noah to build an Ark in which he, his sons, and their wives, together with male and female of all living creatures, would be saved from the destructions of the rain. 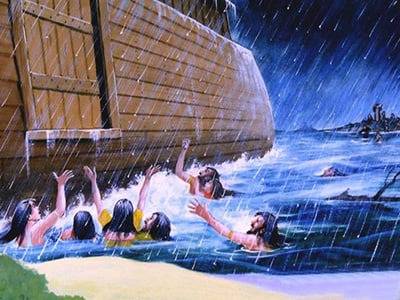 After the first ever rain destruction, God said, “Never again will I curse the ground because of man or send a flood to destroy all living things.

Thousands of years passed, and evil have covered the earth again. When Jesus described the events that will surround His second coming, He said, “Just as it was in the days of Noah, so will it be in the days of the Son of Man. They were eating and drinking and marrying and being given in marriage, until the day when Noah entered the ark, and the flood came and destroyed them all” (Luke 17:26–27).

When Noah was busy listening to the word of God, and preparing a way to escape destruction ahead, the people around him were also busy, carrying out their normal activities without a single thought of the upcoming wrath of God.

After the last destruction with the rain of water, the earth has once again be filled with Idolatry (worship of idols), illicit sex (prostitution, adultery, incest), a man lying with a man as with a woman, human sacrifices for wealth and fame, cross-dressing (women wearing men’s dresses and vice versa), stealing, murder, adultery, robbery, oppressing the poor and needy etc, just as it was in the days of Noah.

A day is coming; and the signs will soon surface. The time is fast approaching when the earth will start receiving the rains of blood, instead of the rains of water. In the days of Noah, they were destroyed with the rain of water. In the days ahead; the pride, greed, lust, envy, gluttony, wrath, sloth and all forms of evil; will be destroyed with the rain of blood…and that is FIRE! 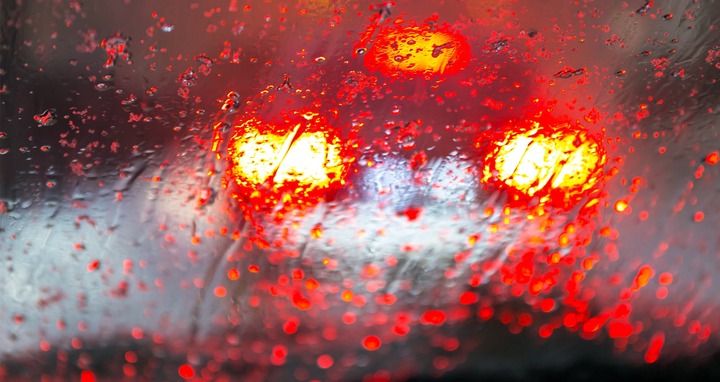 Whether we believe or not, accept it or not, the youth is the enemy’s number one target for destruction. The reasons are many…but every youth should know, that, the enemy targets the youth because he knows, that there are certain things peculiar to them as a young people.

At this youthful stage, whatever is formed within you, as a youth is permanent. It is not likely to change again, and so the enemy; knowing that, this is the time that permanence of character and directions is established in humans, desires to cause damage that will be permanent and irreversible for ones entire lifetime.

As you humble to God, may He help you escape the days of the bloody rains, and the upcoming wind of FIRE!

Type a big Amen in the comment box below.