By ProsperAgbenyega (self media writer) | 7 months ago 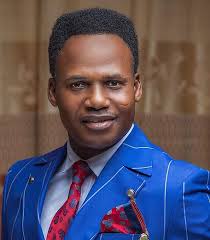 Founder and Leader of Parliament Chapel International (PCI), Apostle Francis Amoako Attah has described the late Founder of Synagogue, Church Of All Nations, Pastor TB Joshua as a Great man.

According to him, every great man is aware of the time of his death and that when his time is due, he receives an indication from his Maker; that he said was what happened to Pastor TB Joshua which made him a Great Man.

“If you are a Great Man, God will give you the signal for you to know He is coming to take you,” he said.

Apostle Francis Amoako Attah was speaking on Angle FM’s Anopa BofoƆ program on Tuesday on the lessons learnt from the passing of T.B Joshua.

He preached about the incidents leading to the death of Moses, Elijah and Jesus Christ who predicted his death even to the last hour.

Speaking on T.B Joshua’s age, 57, Apostle Francis Amoako Attah said every Great man who is more influential and has gone above the age 57 will move to 73, 75 and 110.

According to him, 57 is one of the most crucial time in the life of every great man, saying that he saw clearly that the late TB Joshua was sick when he watched his video on his Birthday.

He also explained that TB Joshua’s movement, countenance, demeanor in that video showed clearly that he was “just hanging.”

He stressed that things that occurred to great men few periods before their 57 years reflect the Sign of major life changes which according to him, means the time is coming where severe things will happen to your life getting to your end.

“You will encounter experiences of both bad and good. That is the time Angels will encourage you to lie on your intuition to guide you during your transition. That is your Transition time. It is time for you to follow the path of your divine purpose and your soul mission leading to Grace.”

He also said TB Joshua’s work on earth was to cast out demons and heal the sick and that it is important that after casting out demons, the next thing that was for him was to REST, but he had no time to REST, “he was so tired.”

According to Apostle Francis Amoako Attah, the Book of Mark Chapter 4, indicates clearly the importance of Rest and that even Jesus Christ himself had space to rest away from the crowd.

He urged pastors not to allow the crowd to dictate for them for the sake of their health.

Mark 6: 30-32 “The Apostles gathered around Jesus and reported to him all they had done and taught. Then, because so many people were coming and going that they did not even have a chance to eat, he said to them, “Come with me by yourselves to a quiet place and get some rest.” So they went away by themselves in a boat to a solitary place.”

“Don’t allow the crowd to dictate for you, you must learn to rest,” he said and called on members and followers of Christ to “Allow your pastors to rest. Pastors must not pretend, you will die and leave the crowd. Learn to Rest."