By Winnerwriter (self meida writer) | 1 months

The mindset of Africans towards Physically challenged persons is really appalling. There was a time in Africa where people living with disabilities were considered as worthless and seen as less productive. They associated their existence as a product of witchcraft or some sort of punishment to the bearers of such children. Many were not given the opportunity to go to school while others were unjustly killed; others were left at the banks of rivers. Due to this many of these physically challenged persons end up in the street begging for arms.

Growing up, many still witnessed "the inferiority complex" and kept them aside from exercising the full rights of every human being. several times, parents would often warn their children not to associate with physically challenged persons. This feeling often drags the minds of these victims to a state of depression. With many not given that chance to relate with others through friendship. 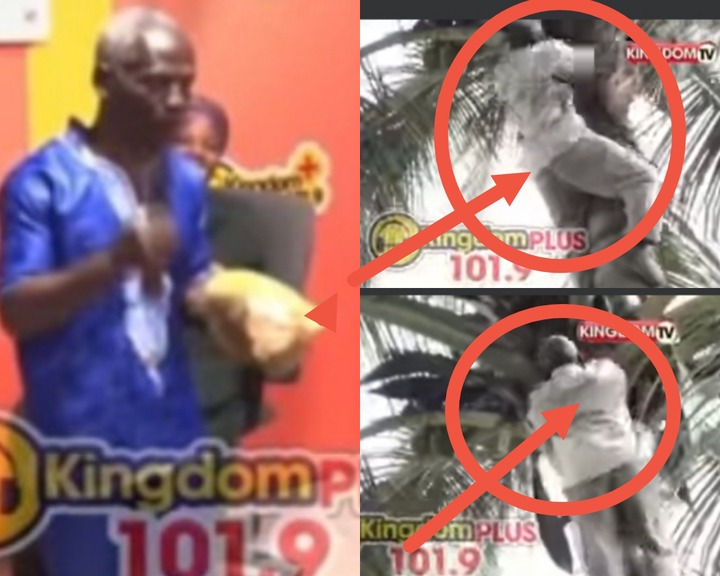 Despite all the odds against him, this blind old man has managed to earn a living for himself by working assiduously as a coconut seller. What amazes the most is how he climbs the coconut tree all by himself and cut the coconut to remove its husk for his customers. As business minded as he is, he even demonstrated how he make calls with a mobile phone.

Speaking to Reverend Nana Yaw Sarfoh on Kingdom plus today, the old man narrated how he became blind from his childhood due to an unknown disease of the eye. He opined "my aunty came for me and brought me back to my mother, it was then I realized my eyes have changed color. Upon realizing my condition, my mom took me to Korlebu hospital to seek for medical care but all efforts made proved futile as nobody attended to her." 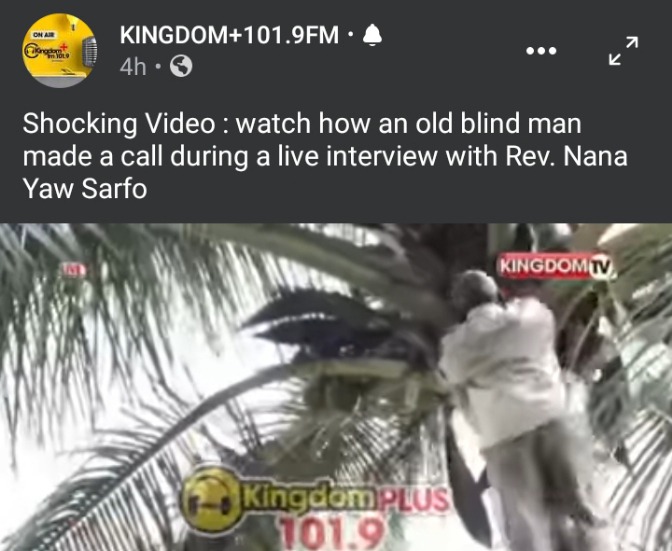 "My mom became fed up and she was also told not to feed me. It was however revealed that after I attain the age if 10 I will become blind. I could see slightly when I attended school but later on I informed my teachers I couldn't see the board properly. That was how I stopped schooling."

In conclusion, the youth of the country were advised not to indulge in any criminality but to work hard to make it. 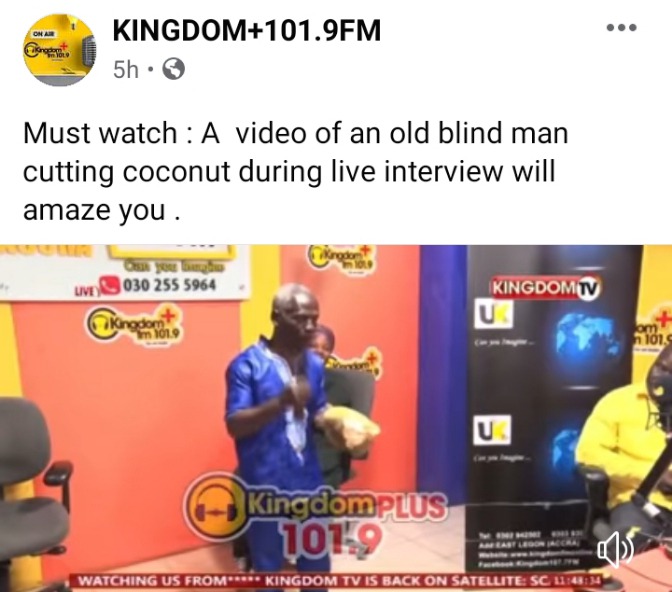