An eye witness, who identified herself as Rakia, has given a detailed account of how Deborah Samuel was flogged, killed and burnt for insulting prophet Muhammad. She warned her fellow classmates to cease discussing religious problems in the WhatsApp group, which they consider blasphemy because they were discussing Prophet Mohammed.

They asked her to apologize for speaking against Mohamed. She refused to apologize they went to her school, They abused her, beat her, stoned her till she died and then burned her body to ashes. The last word in her mouth was ‘what do you hope to achieve with this?". 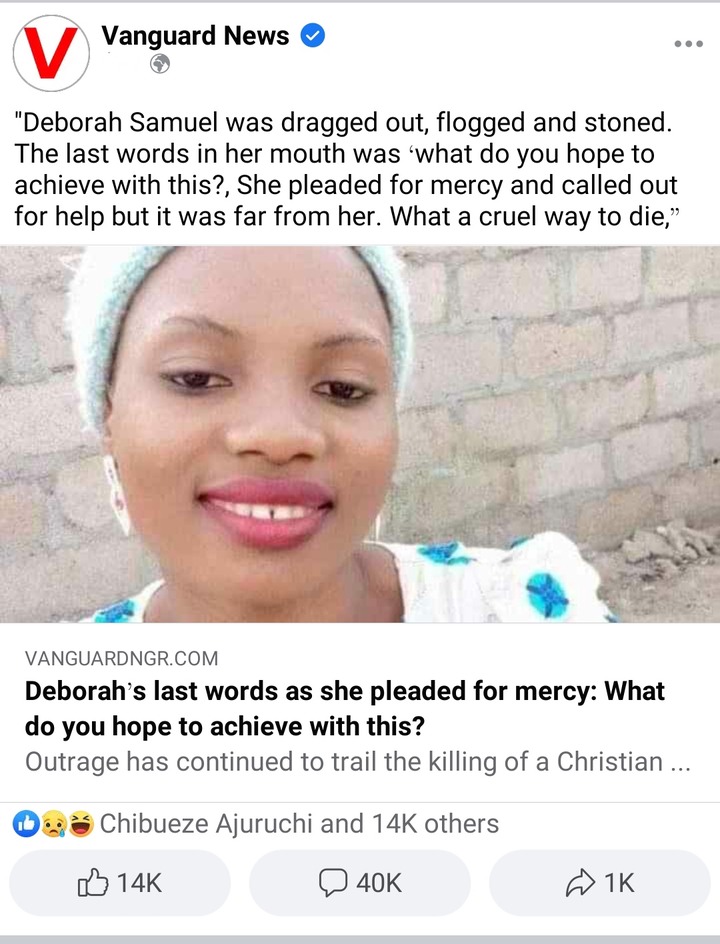 This happened in Nigeria, she was just 22, 2nd year in the university. The mob claimed they were fighting for prophet Muhammad and her punishment for insulting prophet Muhammad was death for blasphemy. Her only offense was telling her course not to discuss religious issues and focus on what the group was created for. 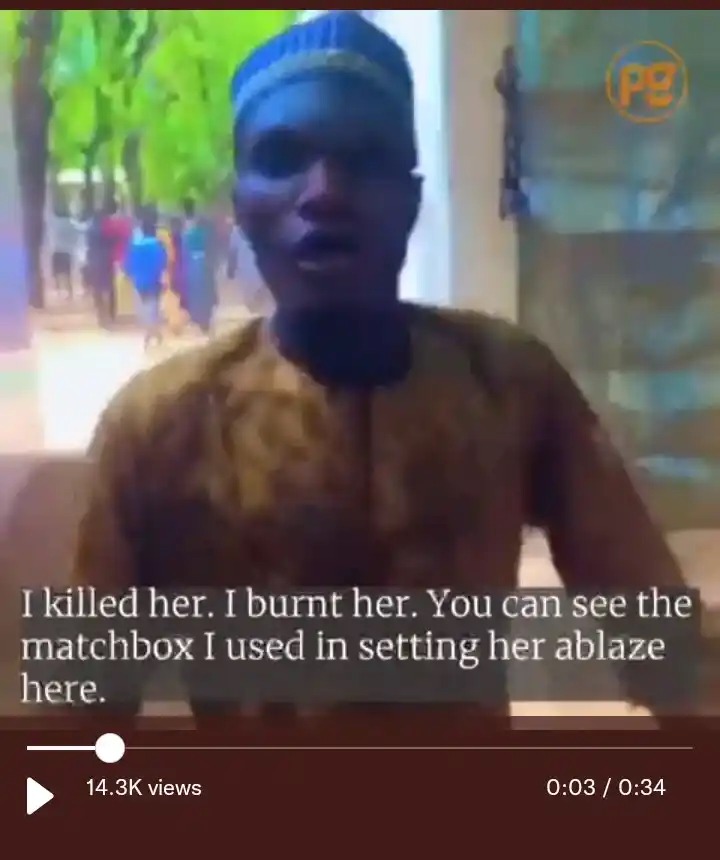 Her Muslim course mates claimed it was blasphemy against their holy prophet Muhammad. They followed her to school, best her up stone her while she beg them in pains asked them what do you hope to achieve with this? They went ahead and set her ablaze. 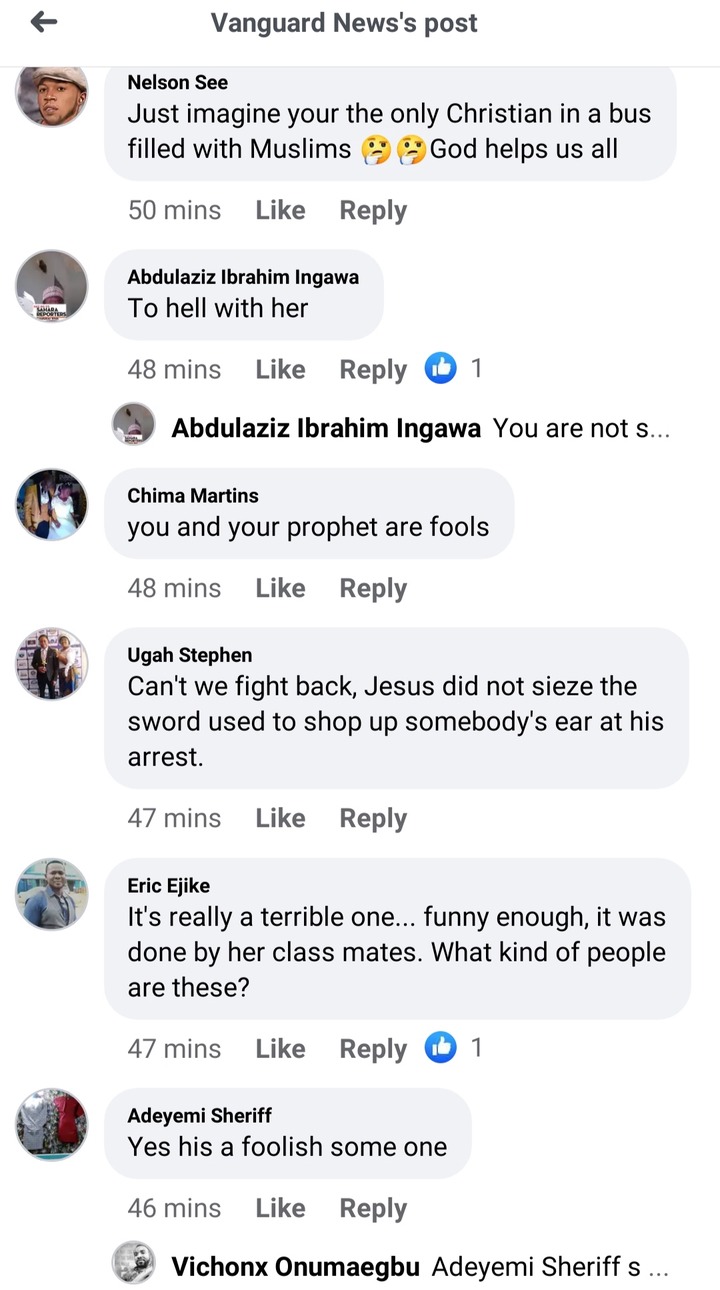 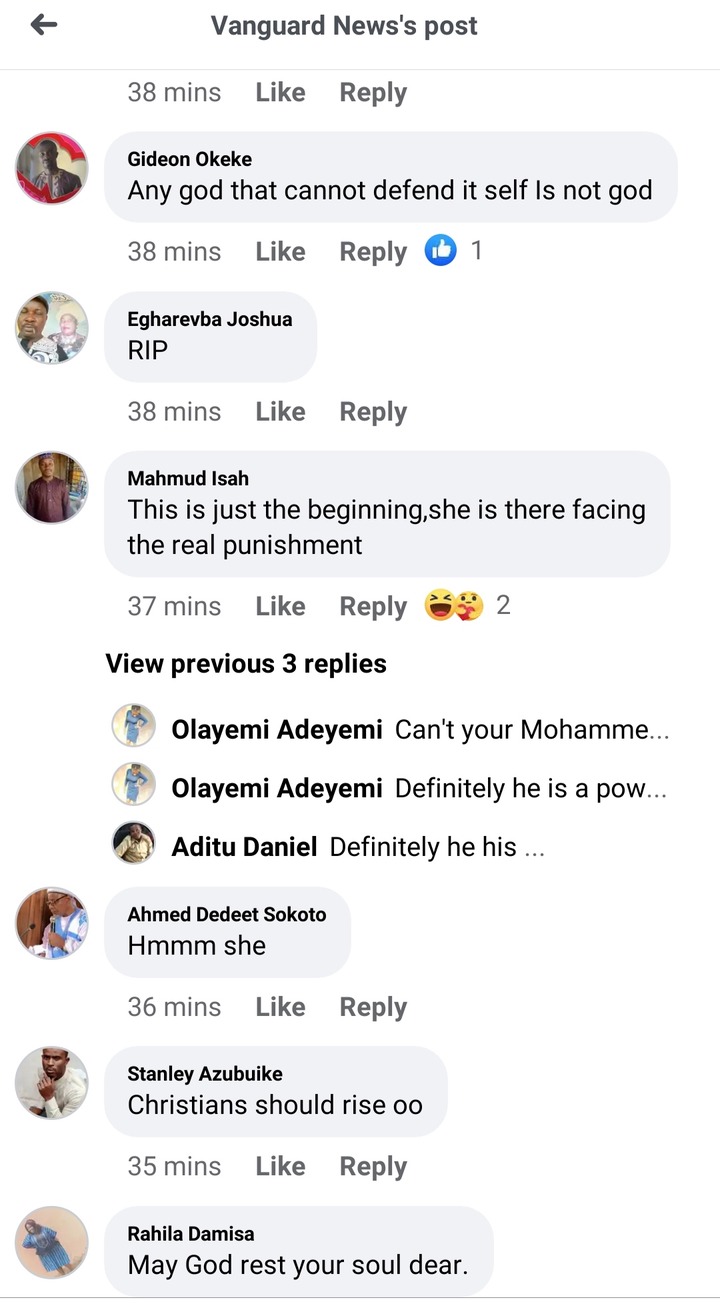 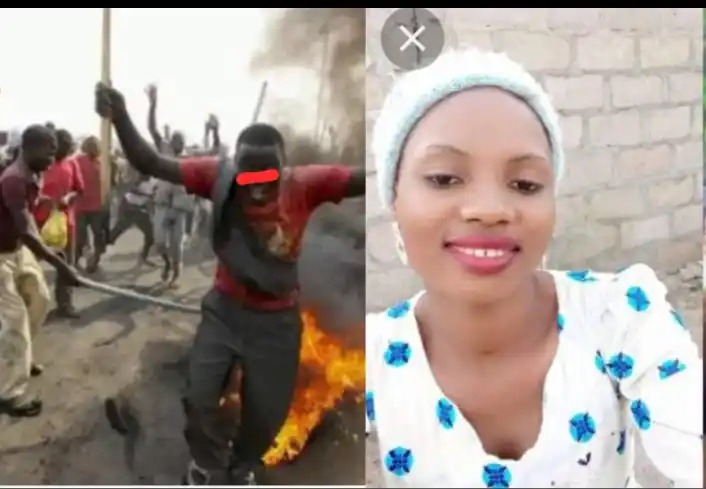 The killer even boasted of killing and all Muslims hailed her and claimed she blasphemed against prophet Muhammad and deserved to be killed. Do you consider what she said blasphemy and does it warrant them killing her. Please write rest in peace for Deborah.