There is a popular saying which says never trust people you have not seen for a long time because you don't know what they have become when you haven't seen them. The heart of man is full of evil, nobody can see what others are thinking in their mind, it is only God who is capable of knowing everything in other people's mind. People no longer have the fear of God at heart, that is why we commit sins as if it is a normal thing without feeling remorseful about it.

The Bible said in Timothy 6:10 that "the love of money is the root of all evil". That is exactly what happened to a 27-year-old man from Nigeria known as Seidu Adeyemi, who wanted to get rich and become affluent ahead of his destiny by using his girlfriend who he had been dating for five years for money rituals. His desire to live a lavish lifestyle brought an evil thought to his mind, he sought for a way out from the devil, and he was shown a rough part which led him to a rough ending.

The news of the death of his girlfriend known as Oluboyo Khadijat went viral back in 2018 when she was discovered to have passed the night in her boyfriend's house. Amazingly, the beautiful young lady was a daughter of a former governor in Nigeria who goes by the name Lasisi Oluboyo. Shortly before her death she was declared missing after six days of her absence from school, her friends were worried that they did not see her at school, so they decided to call her parent to ask if she was at home with them, but her parent said no.

Pictures of the young man when he was arrested: 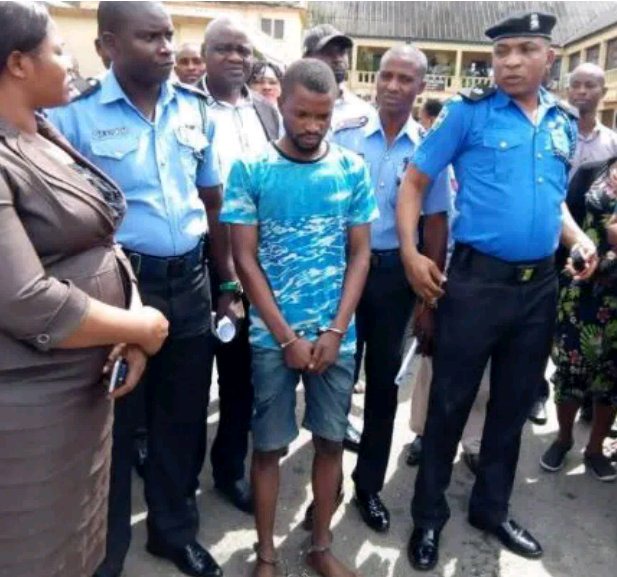 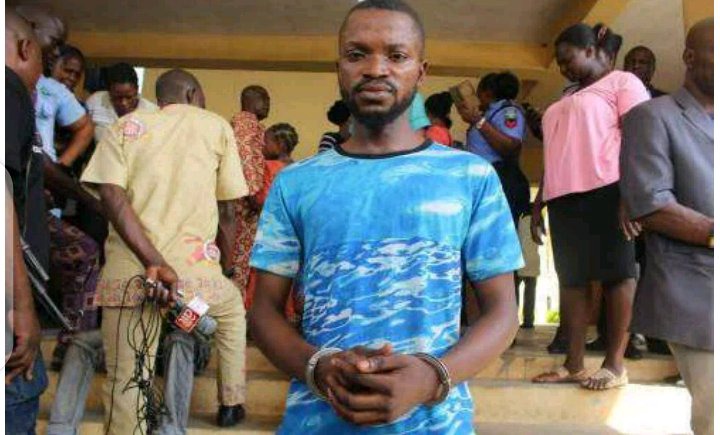 Khadijat was a final-year student of Adekunle Ajasin University in Ondo State, Nigeria. After six days of searching for her, she was later found dead inside Adeyemi's room where he had dug a shallow grave where he had buried her secretly for six days. The young in his bid to get rich quickly was told by the native doctor to dig a shallow grave under his bed and bury the lady underneath and continue to sleep on it for seven days, he was assured he would get rich after seven days.

Picture of the shallow grave where he buried the innocent girl: 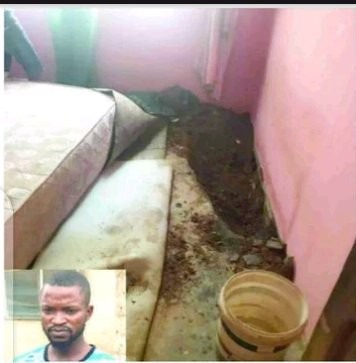 However, every day is for the thief, but one day is for the owner. Unfortunately for him, he was caught by his own blood brother who reported to the police after he perceived strange smells all over the house in 2018. The police came to the house to see what was going on, and they saw the shallow grave under Adeyemi's bed with his girlfriend buried under it. The young man was arrested and charged to the court by the police, he tried to plead for mercy and forgiveness, but it was too little too late for him as there was no second chance for him.

Pictures of the lady that was killed by the young man: 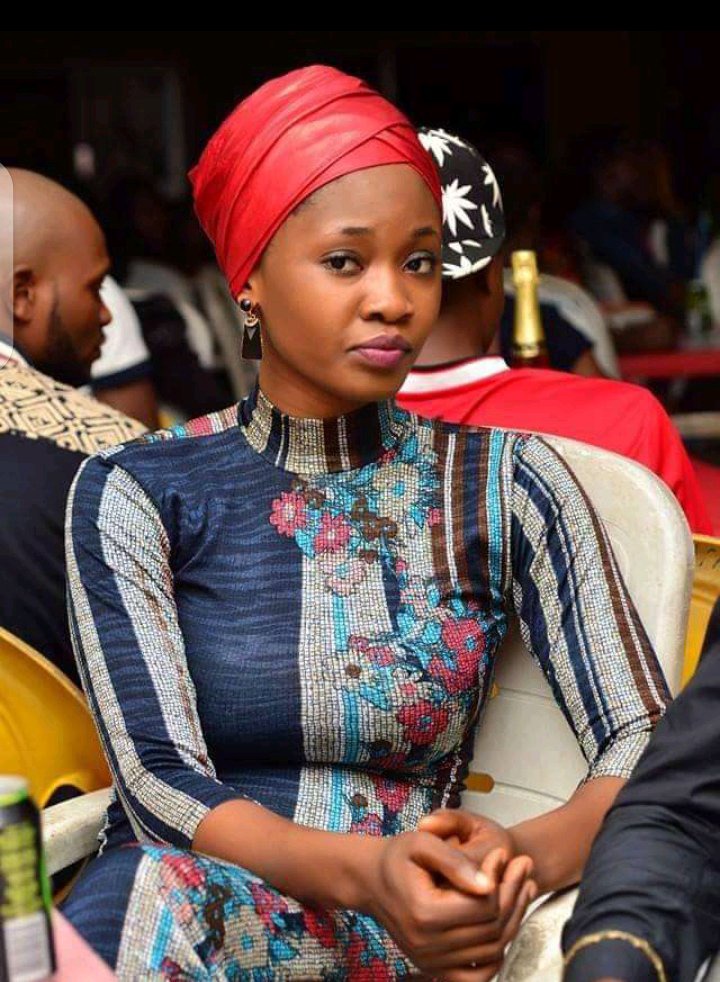 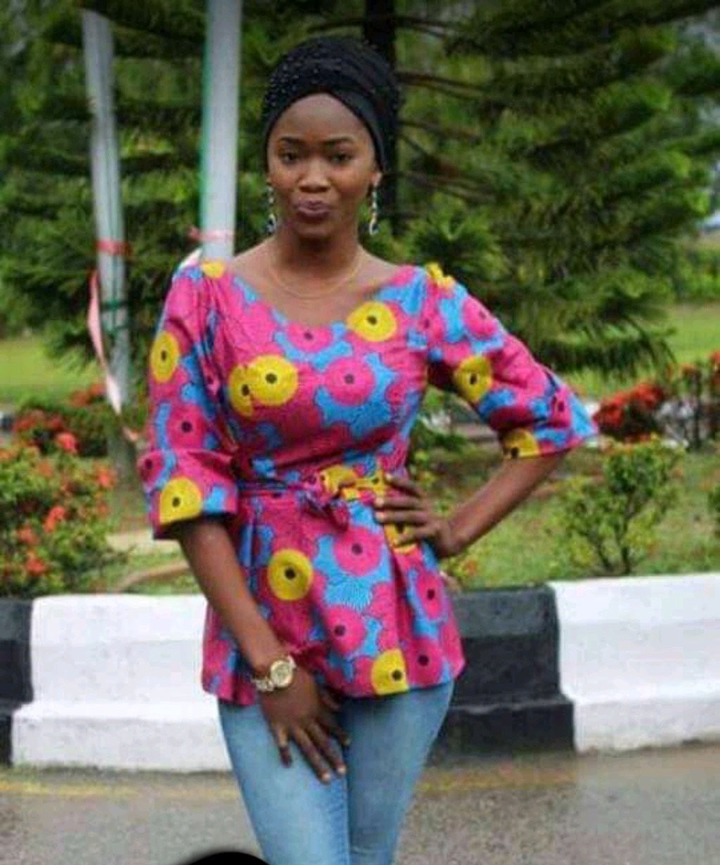 He was sentenced to death by hanging in March 2019. His sad ending should be a big lesson to other youths who are always eager to get rich quickly with short cuts. It is very unfortunate to see how he ended his life because of the greed in his heart, but we must all learn from him and make sure we don't end up like him.

Do you think he deserves the death sentence? Your opinion is very important to us.