By VerseTwo (self meida writer) | 20 days

Godfred Yeboah Dame, is a well known young Cabinet Minister, thanks to Nana Addo's anointment of him most recently. In a Facebook post, he shared that,

"I paid a visit to His Eminence the National Chief Imam Shaykh Nuhu Sharubutu at his Fadama Residence in Accra. With me on this visit were Justice of The Supreme Court of Ghana, His Lordship Justice Tanko, Solicitor-General, Mrs. Helen Akpene Ziwu, leadership of the Forum of Ghanaian Muslim Lawyers and other high ranking officials.

We discussed matters of peace, national development, harmonious coexistence among various religious groups and other matters. The Chief Imam also gave me a special gift." 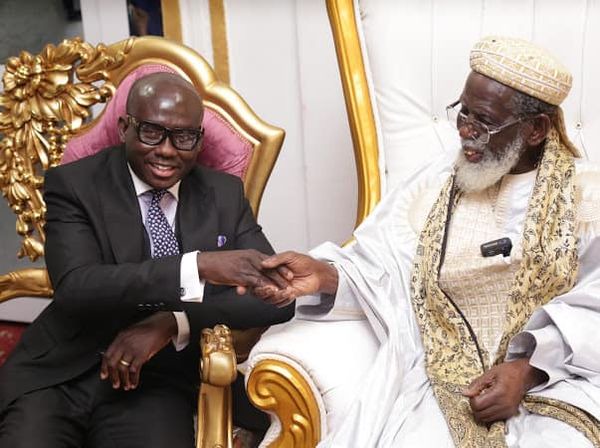 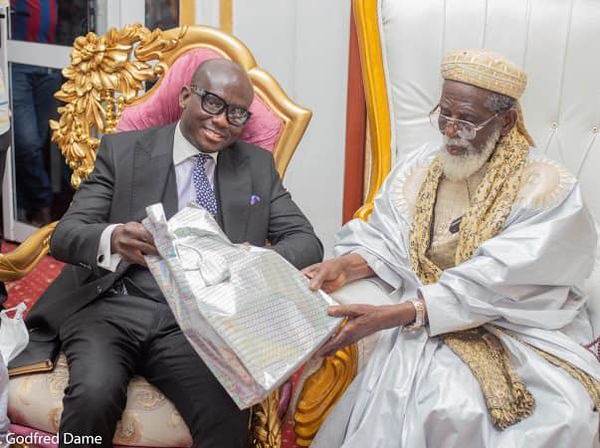 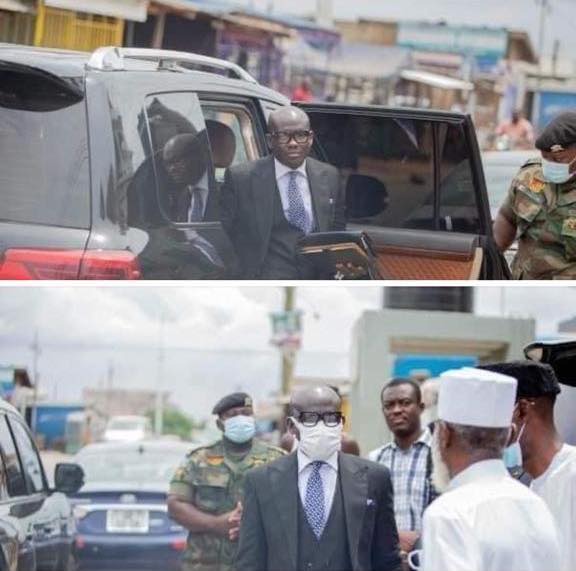 This may have come as good news and his supporters were full of praise. However, the pictures he shared with this story, has attracted some massive backlash from Ghanaians, thanks to Kelvin Taylors of With All Due Respect - Loud Silence Media, who in a few hours ago, has found a convenient controversy, out of this good intended visit. 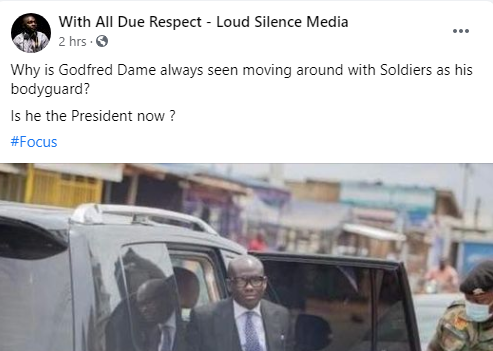 Kelvin Taylor posted that, "Why is Godfred Dame always seen moving around with Soldiers as his bodyguard? Is he the President now?" #Focus

This status has by far attracted viral contents and shares, as many commentators, feel that, something is wrong with the use of military for official duties such as opening of car doors for a minister of state. Some of the comments included the following:

Mayor Nii Armah Tetteh writes "That’s how low they have reduced the military.. We’re confused as a nation but time will surely vindicate us.."

Dotse Emmanuel writes "I'm surprised people are still shocked by certain behaviours of this NADAA led administration .... they are creating their own laws and breaking them.. hear and there"

Fidel Amakye Owusu writes "They are setting precedents that will end with them. No one will emulate them."

Kabore Abdulai writes "Kevin he is afraid to die but a soldier is shot dead 3 days now he should know, no matter what he do if his time reach he live in the space..."

Chebure Junior Andy writes "Today, when what the government accused the former government comes back to bite it, it doesn't want to hear it. Our country is on a downwards trajectory at a fast pace. All our natural resources have been mortgaged for an unprecedented loan with nothing to show for it.

Human rights and freedom of speech are a thing of the past. Security systems are compromised, corruption is the order of the day, accountability and sequence management no longer exists. We have come to nothing, other than the animal farm scenario, which has pushed much of the youth into crimes and drugs. Let us arise and say no to these leaders!!"

Paul Kofi Mensah Kotoku writes "He is afraid of his shadows"

Ibrahim Anyarss writes "The evil that men do"

Kingdom Kaleshi Kwesi Datsomor writes "Under this useless government, everything is possible la"

John Kennedy Ahorlu writes "Don't worry my brother, they think four 4 years is for life, next year will be left wit 2yrs to go, the rest is campaign, we shall see if he will guide by such invisible forces too will shall see." 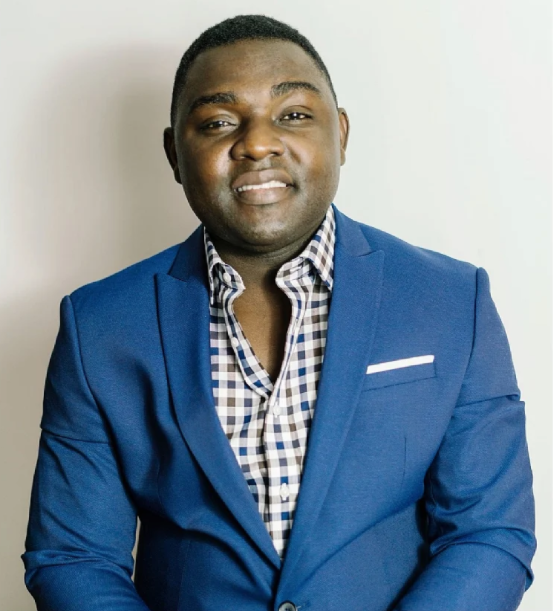