Inside Masjid Al - Haram, Islam's Number One Holiest Site and Home to the Kaaba

By Kumbundoo (self meida writer) | 16 days 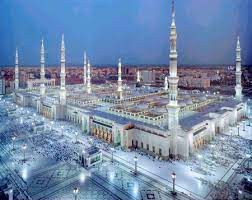 Masjid Al Haram, known also as the Sacred Mosque or the Grand Mosque is located in Mecca, Saudi Arabia and is the largest place of worship in the World, though its status as the oldest is in contention. It  is home to the Kaaba, the epicenter of the annual hajj pilgrimage and point where Muslims all over the world turn their faces during prayers. The Mosque, believed to have been opened in the year 638 AD is the greatest of  three holiest sites in Islam, the others being the Prophet's Mosque in Medinah, Saudi Arabia and the Al - Aqsa Mosque in the old city of Jerusalem. Over the years, the mosque has undergone a series of transformations by various rulers but in its current state, it covers an area of 356,800 square meters with indoor and outdoor praying spaces. Each of its nine minarets is as tall as 89 meters. Even though the Mosque can host up to four million worshipers on the go, it usually sees nearly 20 million visitors each year  for the purposes of Umrah(lesser hajj) and for the main Hajj which takes place in the Month of Zul Hijja in the Islamic lunar calendar.

Apart from the Kaaba, Masjid Al Haram also host the Zamzam oasis, the black stone, the footprints of Prophet Abraham who is believed to have raised the Kaaba with his son Ishmael and off course Safa and Marwa, the hills that Pilgrims are required to run in between as a significant part of the Hajj rituals. The Kaaba which pilgrims circumambulate during Hajj at one point became home to idol worshipers and their gods but got liberated following the triumphant return of Prophet Muhammad in the year 630 AD. The prophet reportedly drove out the infidels, destroyed their idols and thereby established the mosque as a place of worship which has stood to this date. The Grand Mosque and Masjid An Nabawi is under the guardianship of the King of Saudi Arabia. 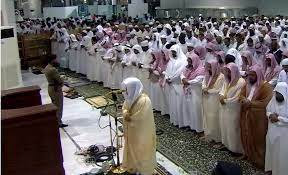 In the Mosque, all five daily prayers, the taraweeh and Tahajud (Midnight prayers) during Ramadan, Eid Al Fitr and Eid Al Adha are all conducted in the Mosque. It is the King of Saudi Arabia who appoints Imams for the great mosque. Currently, it has more than ten Imams and their head is the famous Quran reciter, Sheikh Abdul Rahaman As Sudais who was appointed in the year 1984. His deputy is fellow famed reciter, Sheikh Saud As Shuraim whose appointment as Imam and Khateeb came in 1992. 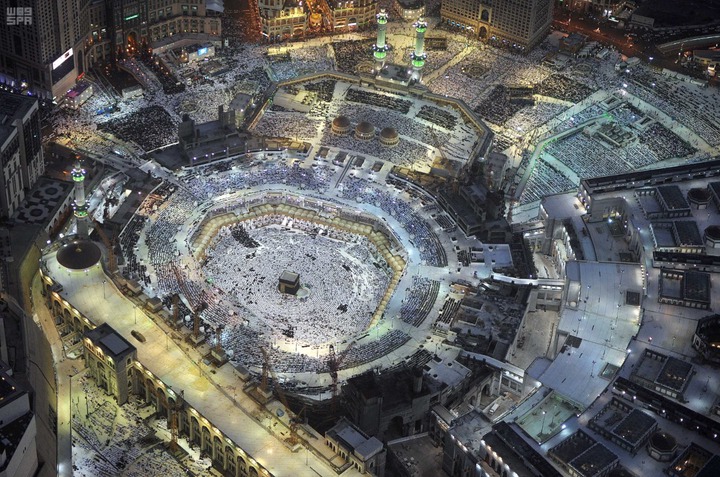