By DumeviJeorge (self meida writer) | 15 days 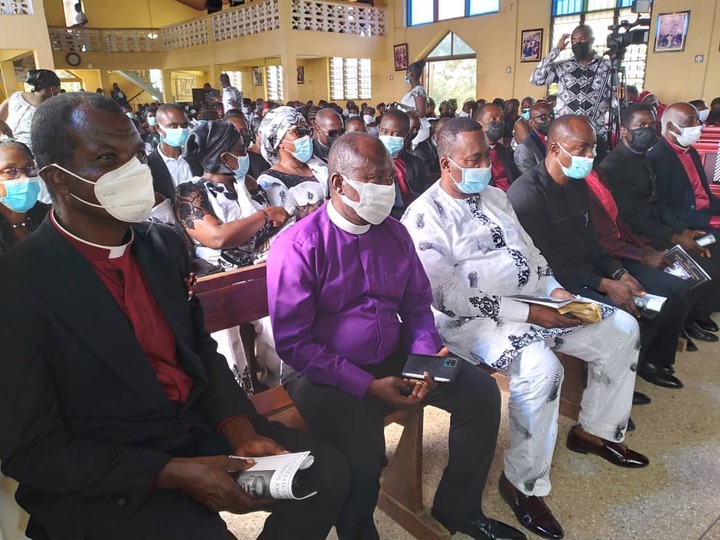 Father of Bishop Matthew Addae-Mensah, the late Opanyin Francis Kwasi Addae, was on March 20, 2021, buried at the Roman Catholic Cemetery, Twifo-Hemang in the Central region of Ghana. The 98 year old, succumbed to His maker’s call in October, 2020.

Rt. Rev. Matthew Addae-Mensah, was recently in the news to have appealed to President Nana Addo Dankwa Akufo-Addo to withdraw Sir David Adjaje, the designer of the National Cathedral from being the principal supervisor of the project.

He made the appeal on the grounds that Sir Adjaye had openly declared his unflinching support for the LGBTQ+ Community in Ghana a decision he views as complete contradiction to the principles of God and for that reason should be detached from handling the building of a Holy edifice such as the National Cathedral.

The well – attended but brief memorial and burial service was conducted sombrely under strict adherence of the COVID – 19 protocols at the St. Anthony Parish Catholic Church, Twifo -Hemang.

Due to the COVID -19 pandemic, the funeral was generally organised without giving public announcement or extension of invitations to individuals to join. The intention was to avert large crowds converging in the town to participate in the burial service.

Few high profile personalities who joined the burial service, including those who came from abroad did so quietly on their own without any preceding notice to inform the eminent man of God about their coming. 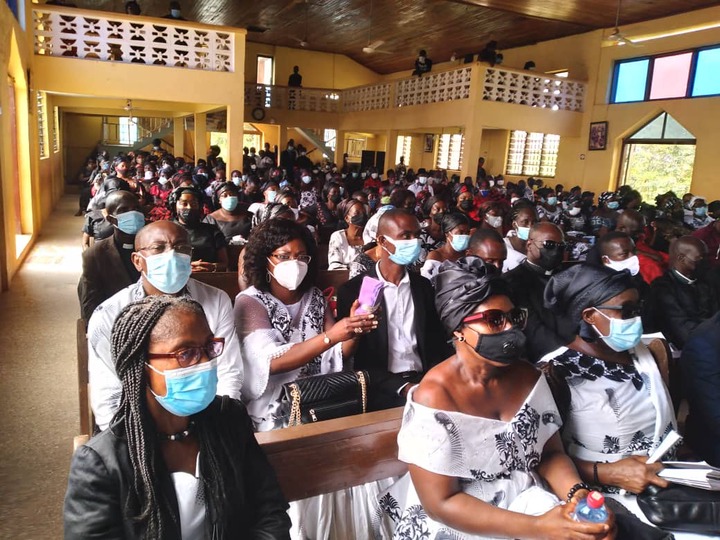 Washing, sanitising of hands and wearing of nose masks were all observed by family members, friends and sympathisers who gathered to say good - bye to the late Opanyin Kwasi Addae.

Uniquely absent, was large gatherings which usually take place after burial where display of affluence on funerals ground has become customarily accepted. There was no merry – making amid detonation of variety of music after the burial.

The late Opanyin Kwasi Addae was a gifted footballer. In the early 1940s he was invited to Kumasi to feature in trial matches with the newly formed; Asante Kotoko football club.

He was said to have gone through successfully but had his dreams truncated as a result of a complicated leg injury he had sustained few years back.

Having had that ambition fallen to the woods, he became a model for a brief period in Kumasi.

He was also a prolific music composer and a guitarist. In the 60s he formed the K. A’s Guitar Band at Twifo – Hemang. He did so with two of his closest pals, Yaw Manu and Kofi Bediako. 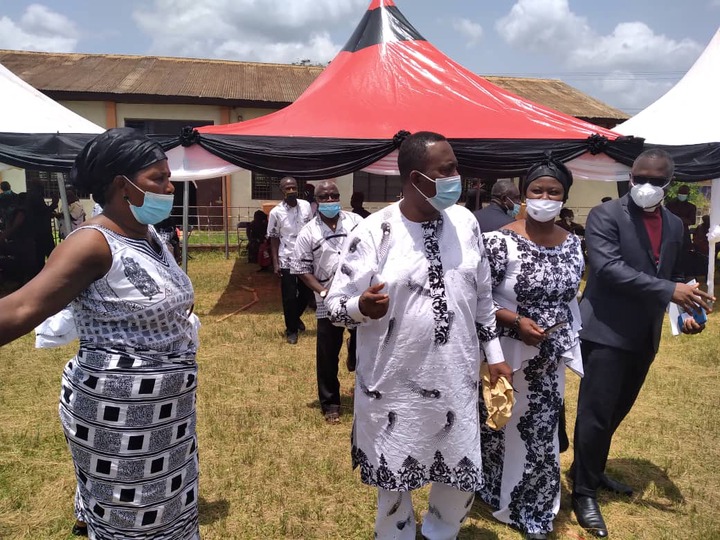 It is without doubt that Bishop Matthew Addae-Mensah, has his father’s musical traits in him. The founder and presiding overseer of Gospel Light International Church, is a wonderful gospel song writer, composer, arranger and singer. He has produced and released to his credit, over five music albums.

His mother, auntie Rose Kessewa also passed on to glory in Accra four years ago at the age of 78.

Among those who were present to sympathise with him included Rev and Mrs Adarkwah from the USA, Bishop Emmanuel Botchway who is the presiding Bishop of Christian Faith International Church, Tarkoradi and Apostle Francis Appoh also from Christian Faith in Tarkoradi.

All members of the bishopric Council of Gospel Light International Church were in attendance. They are Bishop Henry Doodoo-Amoo, Bishop Ambrose Boafo Ampomah and Dr. Bishop Yiadom – Boakye.

Most of the senior Apostles, Reverend Ministers, Pastors and the presiding elder at the Church’s headquarters, Elder Harrison Arful were also present. 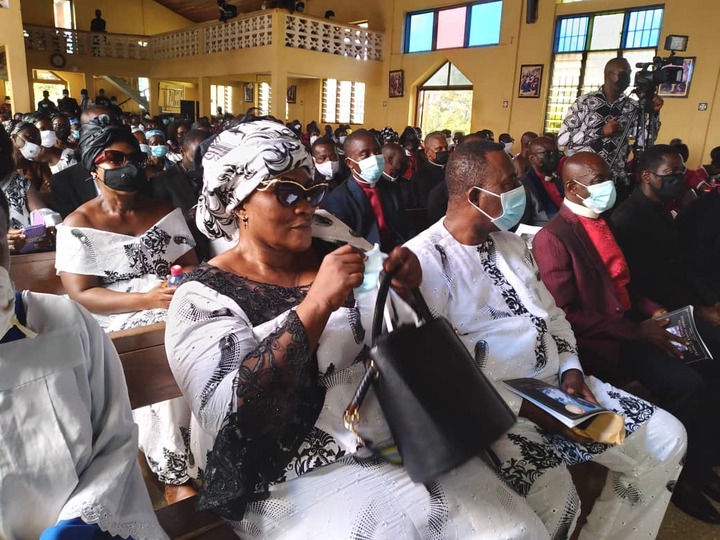 Professor Owusu-Mensah, educationist and a senior lecturer at University of Education, Winneba a cousin of Bishop Addae-Mensah also showed up.

Also recorded in his family tree are 22 grand Children and 11 great grand children. 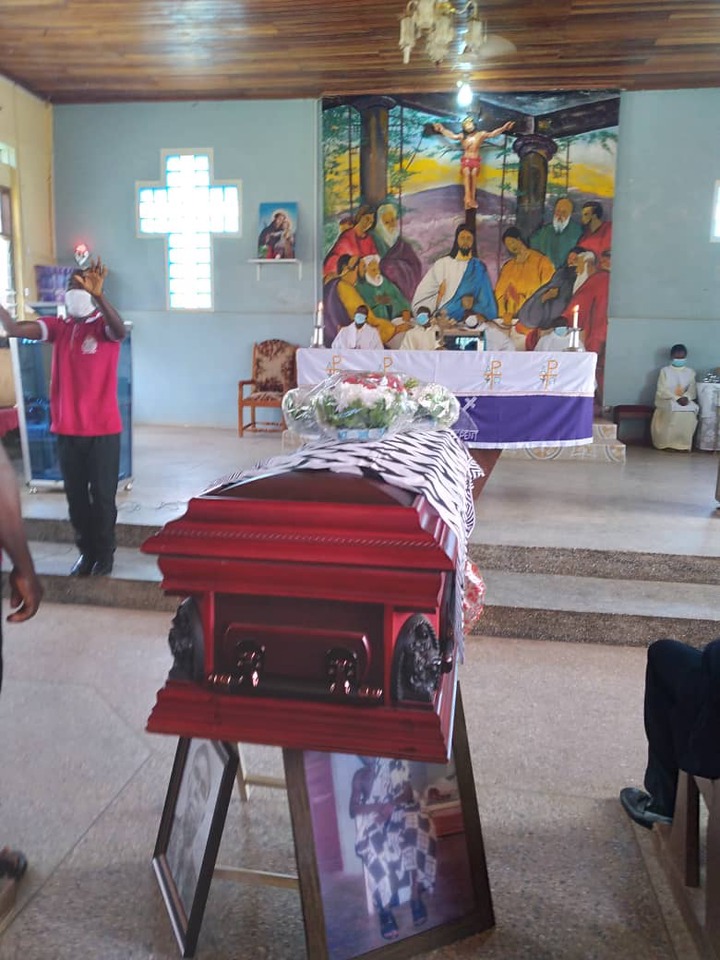