By DanYaboo (self meida writer) | 24 days 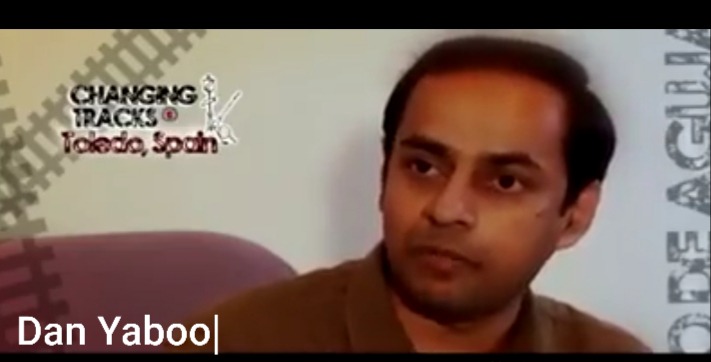 A big Imam Converts to a Christian, as he proves from both the Holy Qur'an and the Holy Bible.

Please read to the end..

One of the most influential Iman Joseph Mario, has Converted from Imam to Christian. To him, no Pastor, Prophet, Father, Sister nor Even a Pope preached to him to change, but here is what happened,

According to him, when he was preaching as an Imam, and a parish priest, he once preached at the parish Priest that, Jesus is not God, then somebody asked him from the crowd (maybe a Muslim) that, if Jesus is not God then whom is he?, so to know whom is he, he read the entire Qur'an again, which covered 114 chapters, 6666 word in the Qur'an,

And again about Mariam, the Holy Qur'an chapter 3 verses 34 onwards says Mary was born without original sin, she never committed any sins and was a virgin, again 50 verse 23 says that she went to heaven with her physical body, even the Assumption is written in the Holy Qur'an.

And then about Jesus, Holy Qur'an chapter 3 verse 45 to 55 verses, there are 10 points the Qur'an makes about Jesus, the first is 'Word of God', second 'The spirit of God ' and third is "Jesus Christ", so Qur'an gaves the names for Jesus. And again the Qur'an says Jesus talked whe he was about 2 or more days old after his birth, it says again that Jesus created a bird with mud and breath to it and it became a life bird, so he taught it that if he can give life to a mud(clay) then he can give life. And again it said, Jesus cure a man born blind, a leprosy etc, curiously, Qur'an says that, Jesus gave life to dead people, he went to Heaven, he is still alive and he will be coming again, so when I saw all this things, I was like why is the Qur'an saying all this things about Jesus.

And about Prophet Muhammad, you know according to the Holy Qur'an, Mohammed is not the word of God, the spirit of God, never spoken when he was 2 days old, never create bird with mud, never heal any sick people, never raised any dead, he himself died, and according to Islam, he is not alive, and he will not come back. So there is a big difference between these two Prophets, and you know I don't call Jesus as God, because my idea is ,he is a Prophet, and a Prophet greater than Mohammed, he said.

So one day I went to my teacher that taught me 10 years in Arabic College and ask him, Teacher, how did God (Allah) created the universe, and he answered and said, God (Allah) created the universe THROUGH THE WORD, then my question, is the WORD Creator or Creation, Qur'an says Jesus is the Word of God, so if my Teacher says he's Creator, then Jesus is Creator so all Muslims must convert to Christians, and suppose if he said he is Creation, he will be Trapped, because, he said everything created through the word, then how did God creates the Word, so he cannot said, he is Creator nor Creation, so he get quiet angry and pushed me out of his office and said, whether he's Creator nor Creation he doesn't care get out.

So they say he is not a Creator nor Creation so they don't compare to God, so I told my Teacher whether he is Creator nor Creation, that's why Christianity says the word is son of God, so he told me if he is son of God then show me the mother of the son, so I quickly referred to some portion of the Holy Qur'an that says, God can see without Eye, can talk without Tongue, can hear without Ear, its writing in the Qur'an, so that's the case he can have Son without a wife. So then we had a big argument, and at the end I took my Qur'an and Say, Allah please tell me what should I do, because your Qur'an says Jesus is still Alive, Mohammed is no More so tell me whom should I accept, after that I took my Qur'an and opened it, I did not ask anyone but only my Allah, when I opened I saw Qur'an chapter 4 verse 94, and it Says that, if you have any doubts in this Qur'an, that I gave you go and read the Bible or those who read the Bible, the truth is already revealing that.