Meet The Only Apostle Of Jesus Who Couldn't Be Killed Like The Others, He Was invincible

By African_Queen (self meida writer) | 5 days 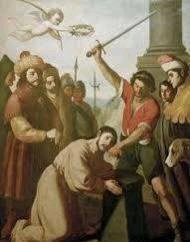 There is a saying that says "the apple does not fall far from the tree". We all know that Jesus Christ had 12 apostles, who continued his work after his death and resurrection. But the interesting fact is that, just like their master, these men all died horrific deaths except one apostle.

Jesus said to his disciples in Matthew 24: 9 "Then they will deliver you up to be afflicted, and kill you; and you will be hated by all nations because of my name." This word was 100% true and it came exactly as Jesus said. All of his followers were persecuted and only one escaped death.

This man was invincible to all methods used to kill his fellow apostles. It got to a point that those who wanted to kill him got fed up and decided to banish him to an island so that he would hope to starve or be eaten by a wild beast. 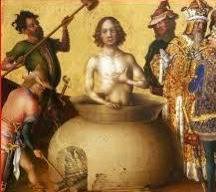 The only apostle who miraculously escaped martyrdom was John the divine. Prosecutors did all they could for this young apostle - he was beaten but was not injured, spears and swords could not penetrate him, and even when he was put in a boiling pot of oil, he came out unscathed.

Truly, no one can stop a man or a woman from fulfilling his God-given purpose. God made John an invincible man just so he could write the book of Revelations, even his banishment to the island was part of God's plan so that he would not be disturbed while receiving the visions. I pray that God will accompany us until we accomplish His purpose in Jesus name.

But it was on this island, the island of Patmos, that God gave the revelation to John. He wrote the book of Revelations. It was only after writing this book that John finally died on this island.

God is wonderful, nobody can kill somebody that God isn't ready to kill....don't forget to praise God and also share with others