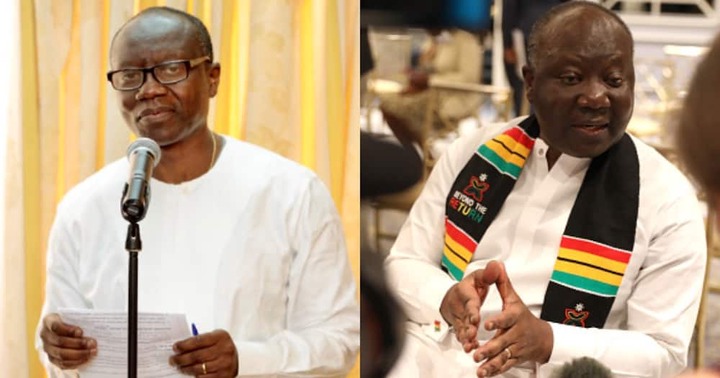 Ghana's finance minister Hon. Ken Ofori Atta is reportedly seriously sick. The man who has been described by President Akuffo Addo as an asset to the nation reportedly underwent a liver transplant. But the surgery seemed to had failed hence his inability to perform his duties as minister.

Many people have reacted to the story. A man of God who goes by the name Rev. Stanley K. Q. Aidoo (name of church withheld) also responded. According the pastor who also describes himself as a concerned youth, Ken Ofori Atta's sickness had to do with his deeds.

He referred him to James 5:4 which reads, “For listen! Hear the cries of the field workers whom you have cheated of their pay. The wages you held back cry out against you. The cries of those who harvest your fields have reached the ears of the Lord of Heaven’s Armies." 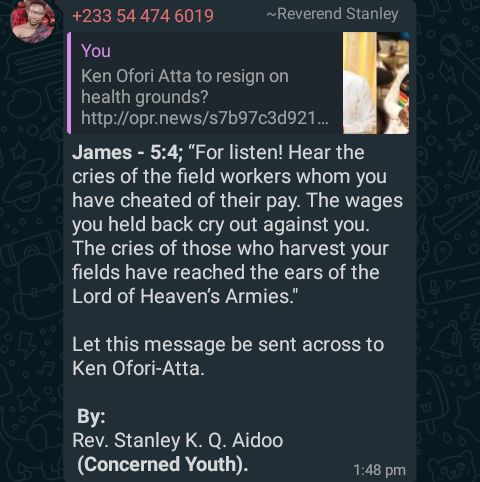 Explaining exclusively to CitizenOne, Rev. Stanley said Ken Ofori Atta was like a Pharasee. He said the man is always wearing white and quoting the Bible, but his heart is full of filth. He said many people who were successful business are wallowing in abject poverty today because Ken wanted to build a financial empire in Ghana. He said the finance minister introduced policies that collapsed banks and other business depriving many Ghanaians of their livelihoods.

According to him, these vulnerable people have poured their hearts out to God and God is taking revenge starting from Ken Ofori Atta. The man of God said other individuals and organisations which connided with Ken in implementing such policies will have their fair share. 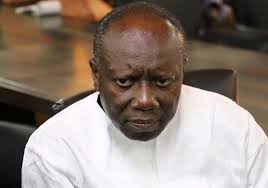 When asked how Ken can be cured, Rev. Stanley said it was only God who can choose to heal him of his ailments. He advised the man of God to repent of his sins and go to his kneels, maybe God will forgive him and his decendants and 'heal his land'.

"It is written in the Bible that 'no wicked shall ever go unpunished'. If he really wants to be healed, then he must return every penny that belongs to the state in his possession for the betterment of the whole country. There are thousands of souls suffering due to their evil and heartless act, and God will never see them go unpunished", he told this reporter. 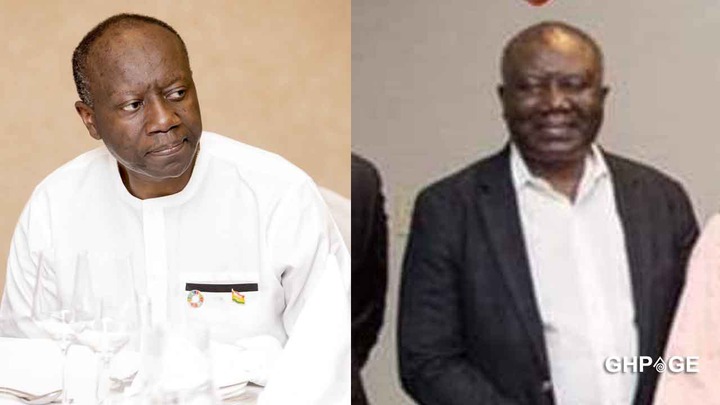 What is your take on this development? Do you think taking the man of God's advise will help Ken? Do you think the message is actually from God? Take to the comments section to share your opinion.