By Dunstan (self media writer) | 11 months ago 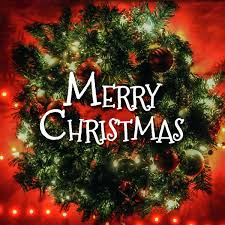 Many Christians probably can not imagine Christmas on any other day than 25th December but it wasn't that way.

In fact, for the first three centuries of Christianity’s existence, Jesus Christ’s birth wasn’t celebrated at all.

The religion’s most significant holidays were Epiphany on January 6, which commemorated the arrival of the Magi after Jesus’ birth, and Easter, which celebrated Jesus’ resurrection.

The first official mention of December 25 as a holiday honoring Jesus’ birthday appears in an early Roman calendar from 336 A.D.

But was Jesus really born on December 25 in the first place? Probably not. The Bible doesn’t mention his exact birthday, and the Nativity story contains conflicting clues. For instance, the presence of shepherds and their sheep suggest a spring birth. When church officials settled on December 25 at the end of the third century, they likely wanted the date to coincide with existing pagan festivals honoring Saturn (the Roman god of agriculture) and Mithra (the Persian god of light). That way, it became easier to convince Rome’s pagan subjects to accept Christianity as the empire’s official religion

The celebration of Christmas spread throughout the Western world over the next several centuries, but many Christians continued to view Epiphany and Easter as more important.

Some, including the Puritans of colonial New England, even banned its observance because they viewed its traditions, the offering of gifts and decorating trees, for example as linked to paganism. In the early days of the United States, celebrating Christmas was considered a British custom and fell out of style following the American Revolution. It wasn’t until 1870 that Christmas became a federal holiday.

Content created and supplied by: Dunstan (via Opera News )