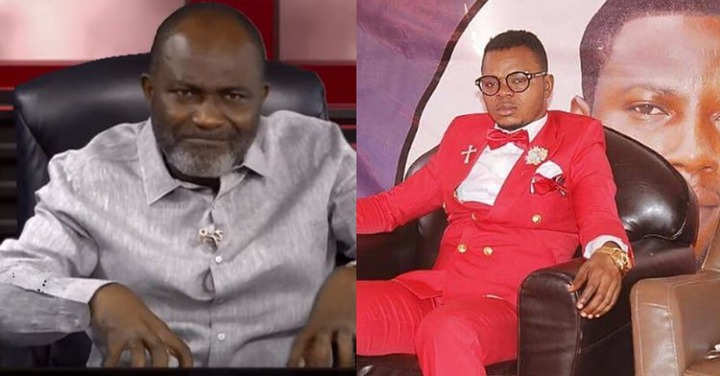 He indicates that Bishop Daniel Obinim was unable to save his father after all the powers he boasts of. According to the Assin Central Legislature, the leader and founder of the International Gods Way Church, Bishop Daniel Obinim has been deceiving his church members all the while.

Speaking on NET 2 Television, Mr. Kennedy Agyapong alleged that, Bishop Daniel Obinim’s father fell sick for a long time with no intervention from his son.

He adds that Bishop Daniel Obinim has been making a lot of noise on television about having all the healing powers from heaven and earth but he could not heal his sick father.

Mr. Kennedy Agyapong adds that Bishop Daniel Obinim claims to have a spiritual warehouse full of human parts but his father died of a sickness that had no cure.

He says people have been following Bishop Daniel Obinim blindly by believing in his powers which does not exist.

He says Bishop Daniel Obinim did nothing until his father died before organizing a funeral for him.

According to Mr. Kennedy Agyapong, he believes every man shall die and will not make a mockery of the death of another, but Bishop Daniel Obinim did not help his father if indeed he has powers.

“I know every man will die so it’s not funny but I am drawing your mind to something. If Obinim has the powers as he touts himself on live television, but his father was sick for so many years and he could not save him, then you must wake up, change your attitude and mindset”. He indicated.

Mr. Kennedy Agyapong further alleged that there are several men of God in Ghana who are like Bishop Daniel Obinim and are duping innocent Ghanaians of their wealth.