For about 2 years now, Net 2 has been broadcasting a show dubbed 'the Seat' which has been garnering massive viewers on social media. It got to a time when Kwaku Annan was hosting Honourable Kennedy Agyapong on the show to talk about what some pastors have been doing which they think it's not right. They started making some revelations which Prophet Nigel Gaisie was not left out. Anytime they sit on air, his name pops up in their conversation. 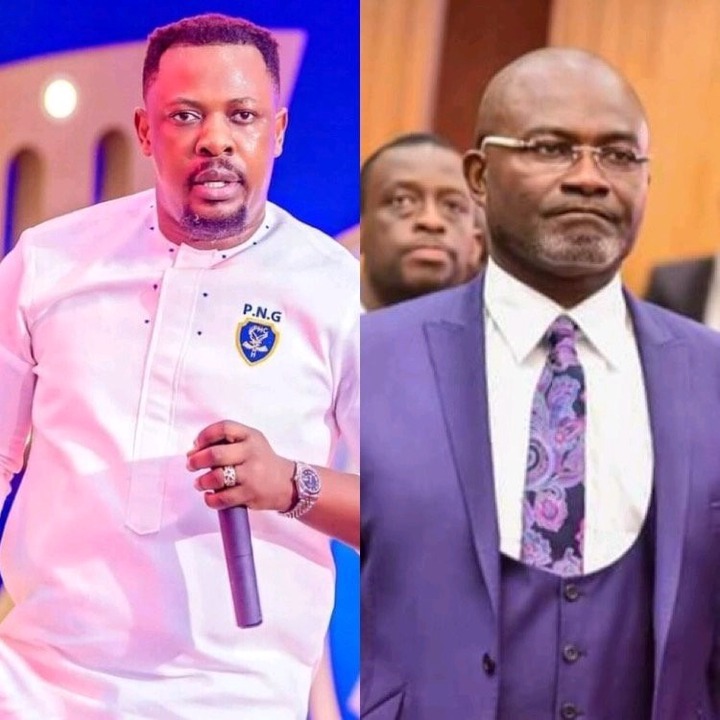 Prophet Nigel Gaisie has taken time from his busy schedules to respond to those allegations on Onua TV with Captain Smart. When he was asked whether he was offended he answered by saying no. But he left a very serious and sensitive message for Honourable Kennedy Agyapong. 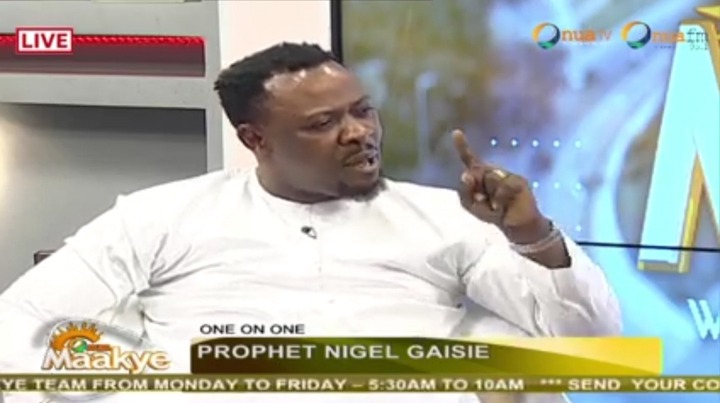 "I have never met Kennedy Agyapong and he doesn't know me either but if he sees me he will get to know I wear Rolex watch as his son has been wearing. He will know that I pay bills and fees abroad as he also does. I have a daughter who studies abroad and I pay school fees in dollars as well. I thank God for his life because it is not easy to reach where he has reached. I'm well trained so I will never insult him but I leave him to God. Anybody that touches a prophet will go down if not now time will tell. You can't touch the church of God. Whatever he has done to me if he doesn't get the results today, he will receive it in the future. Initially I liked him because I thought he has been telling the truth not knowing he is empty and liar. I never knew until he brought it to me. I leave him and his posterity in the hands of God", Prophet Nigel Gaisie reveals. 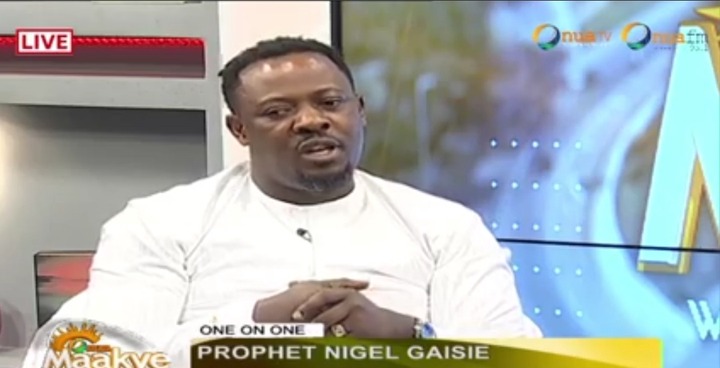 He told Captain Smart that none of the things he said about him was true and when he heard those things he wasn't bothered but was rather strengthened. He said it is because he didn't speak in favour of their government that's why he has been attacked by Honourable Kennedy Ohene Agyapong.