Please Brethren, any association or movement you have associated yourself with has an extreme impact on your life . Whether it's a good impacts or a bad impacts.And the following are some of the consequences of those who had associated themselves with Common Sense Family Company Limited.

The moment you will start following Common Sense Company Limited, you will become pride because, you will think that you are no more restricted by any rules and regulations and you are superior than everybody you will meet in life. Due to that ,you will only use your common sense to live .But kindly bear in mind that ,there is a limit to how how the common sense(brain) functions us It is been given to us by God (The Creator).So it will be very easy to show an insolent character towards people.And one of the bad results of pride is abase (bringing you down ) (Matthew 23:6-8)

Please brethren, this is very rampant situation in this world especially Ghana.The reasons are ,now people in the country especially the youths are been deceived by false so called a former pastor.But the secrets on how he deceived people by an unauthorize books and learns from some websites from the anti- christians and also does fiction researches that belong to the anti- christians (Jesus Christ haters(Matthew27:62,Matthew28:11,).As for that matter, some of the youths in this country are finding it so difficult to comply to constitution that govern this country.

Some of the causes of the violations of the constitution in this country is, when you only use common sense to live.As I have made mentioned, common sense has it limitations .eg. Is the Violation Of the Country’s constitution.

3.Abusing The Right Of Wives In Marriages

This point is very rampant in so many marriages in Ghana, so my special appeal to the Ghana CHRAJ is to go into this matter.

Please brethren, because the leader has taught this in most of his teachings that ,a man is superior in marriage and can do whatever he likes .

It has influenced his followers to an extent that ,most of his husbands followers don’t respect their wives, emotionally (How the men treat their wives always put the wives into a sarcastic mood as if they are slaves ),

Physically(some of those men who follow those conspiracies beat their Wives ).Which has broke down so many marriages .And some of the wives whose rightsght are been abused have kept quiet eg. A former Pastor who is called Sylvester Ofori ,who later followed that guy through his deceptions and later been deceived , shot his wife at Florida in America .Please you can search his name on Facebook and watch his old teachings of Pastor Sylvester Ofori and his new teachings when he was deceived.Now it has landed him in jail at America for murdering his wife.

And current situation which is in the Ghanaian court is about a very noble man who Allegedly murdered his wife through these deceptions teachings from this guy called Avraham Ben Moshe. 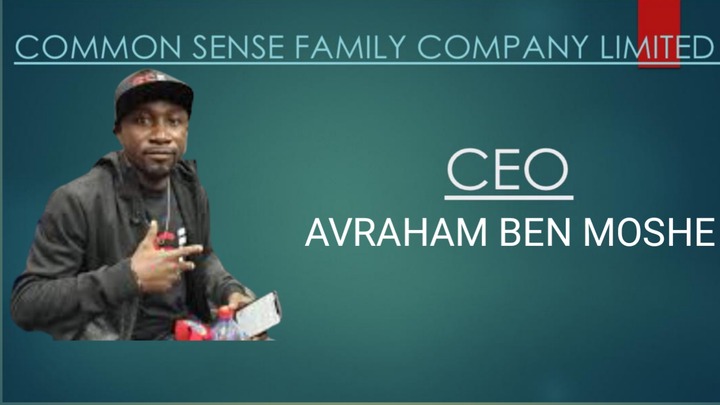 Now in Ghana, the youths in this country and some elderly people have been in this practices on television, radio stations,social media and (inter alia )have got to an extent that, this immoral deeds is becoming normal in this country .This immoral practices started from the guy who is the owner of Common Sense Family Company Limited, when he started insulting Religious Founders and Churches Founders ,the guy indirectly rooted insults into the youths.

So now the youths don’t see it as unacceptable ,to insults an elderly person, religious leaders ,churches leaders and politicians.I do accept that, some of the Self acclaim men of God behaviors are unacceptable,immoral and irrelevant which can’t be found in the Bible.

And also because of the propaganda(lies) from most politicians , it has triggered the youths to rise up and fight for their country which is very vital but I prohibit insults.

Please brethren, this point is very sad thing I have ever seen on earth. The reasons why the Common Sense Family Company Limited ,is one of the causes of this killing of human beings for rituals are:In that guy’s speech He said his followers should turn to the gods of their Ancestors and taught them that their destiny are in their own hands.

.So some might think that, then I must go to an idol priest for protection, and some might think that ,then whatever I can do to be wealthy in life, I will do .So they will go to those who are priests to an idols .And we all can testify that ,the sacrifices that some idols priests give their clients sometimes demands human's parts in Africa .But brethren ,honestly an idols Priests are the people who do money rituals .Some people who learnt these conspiracies might think that , then I will also go there so that everything that I need in life will come true.

Please brethren, he didn’t emphatically say that ,they should kill human beings but he indirectly taught his followers that they should turn to their gods and some of the consequences of turning to the ancestral gods is killing human beings for rituals.And honestly, in the colonization of Gold Coast, our ancestors engaged in slave trade business and killing of human beings which are a historical facts.

Please Brethren, if you are part of the Common Sense Family Company Limited ,kindly stop so that you won’t be affected with these consequences I have made mentioned and explained .

Please, I will like to end here , and continue next time .Thank You

Content created and supplied by: ME TV GH (via Opera News )