By SirDun (self media writer) | 1 year ago 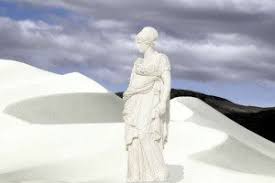 Genesis 19:24-27. Then the Lord rained on Sodom and Gomorrah sulfur and fire from the Lord out of heaven. And he overthrew those cities, and all the valley, and all the inhabitants of the cities, and what grew on the ground. But Lot's wife, behind him, looked back, and she became a pillar of salt.

This seems like a rather harsh punishment for simply looking back on Sodom, which was formerly her home. Did she really deserve to die for this? Why did god choose a pillar of salt? Why not a tree, or a rock, or simply just kill her? 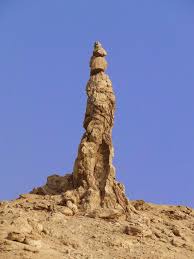 "The Scriptures don’t say whether her death was a punishment for valuing her old life so much that she hesitated in obeying, or if it was a simple consequence of her reluctance to leave her life quickly. Either she identified too much with the city—and joined it—or she neglected to fully obey God’s warning, and she died." "The Bible isn’t clear whether Lot’s wife was covered in the salt that rained down with the brimstone or if her remains were dusted with a coating of salt later."

"If there is no “scientific” explanation of this miracle, then we can reasonably ask why God chose to do this to Lot’s wife. I believe that there is a fairly small number of examples in which God did something just once and had it recorded in scripture to teach us who read the Bible a very important lesson. The flood in the time of Noah is an example of this. Also, what happened to Ananias and Saphyra in Acts is a one-off example of God doing something out of the ordinary in order ot [sic] make a point for us." "The message of what happened with Lot’s wife is this: When we leave our life of sin, we should never look back."

"The Midrash explains, 'She sinned with salt, and she was punished with salt.'"

'"Lot's wife looked back [from behind him], and she thereupon turned into a pillar of salt." In Genesis Rabbah R. Isaac said: "She sinned through salt. On the night that the angels visited Lot, Lot said to his wife, 'Give these guests a bit of salt.' But she replied, '[Besides entertaining guests], is it your wish to introduce into Sodom another vile custom [that of seasoning their food]?' What did she do? She went around among all her neighbors, saying to each one, 'Give me salt. We have guests,' intending thereby to have the townspeople become aware of the presence of guests in her home [and penalize Lot for it]. Hence, she herself became a pillar of salt."

The book of Genesis describes how she became a pillar of salt after she looked back at Sodom . She is not named in the Bible but is called "Ado" or "Edith" in some Jewish traditions. 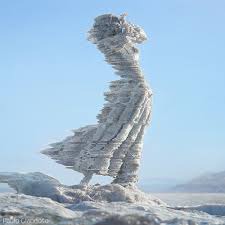 Content created and supplied by: SirDun (via Opera News )

What I Found Inside A Bag I Had Stolen That Change My Life Of Crime; I'm A Reformed Robber- Fredrick

Have You Noticed These Things In Life