These Are The False Prophets and How To Deal With Them 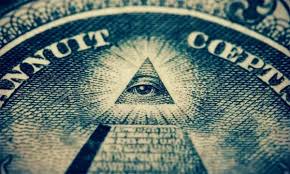 The prevalence of many false prophets and prophecies in our generation calls us to a duty in making it easy for well-meaning people to know who they are and what they do in order for people to avoid them. In Ecclesiastes 1:9, the wise man tells us that there is nothing new under the sun and that, that which has been is what will be and that which is done is what will be done. One such timeless theme of mankind has been, is, and will continue to remain that of the prophet and the prophetic. With the penchant of mankind to seek the unknown and to connect to their Maker, the prophetic and prophets have been in high demand since time. But even more especially in our time where due to numerous factors such as dire needs of people, the crave for success in life and health, among others, there seems to be a greater demand for them. However it is that quest for the prophetic and the prophets that many have been led astray into even more harmful situations. Not just individuals, but even organisations and nations have become victims of the pseudo prophet. We examine here factors that can lead one to identify who a true and for that matter a false prophet is.

WHO IS A PROPHET?

As one of the five-fold ministry namely apostle, evangelist, teacher, pastor, a prophet is one who speaks inspired utterances. He speaks for God and communicate His messages courageously to God’s chosen people. Their messages mostly had to do with warning of an impending danger and disclosing God’s will to His people. They were also endowed with the ability to perform the supernatural. As anointed as they were, they prophesied, performed miracles and had supernatural signs and wonders accompanying their ministry. A prophet received his call or appointment directly from God. Prophets Jeremiah and John for instance, were called before their birth according to Jeremiah 1:5; Luke 1:13-16. A prophet’s authority came from God alone whose message they bore (Exodus 7:1). This enabled him to be unaffected by human bias and criticism. The main purpose of the prophet was to bear God’s word for the purpose of teaching, reproving, correcting, and training in righteousness (2 Timothy 3:16). They were referred variously as messengers of the Lord (Isaiah 44:26), servants of God (Amos 3:7), shepherds (Zechariah 11:4) and watchmen (Isaiah 62:6).

God has used people of all backgrounds in every age to fill the prophetic role of proclaiming His word with such notability as Noah, Abraham, Moses, Joshua, Samuel, Nathan, Zadok, Elijah, Elisha, Isaiah, Jeremiah, just to mention a few. A true prophet has a strong personality, is intense in what he does, speaks direct to issues, are tough and have their prophecies being fulfilled.

WHO IS A FALSE PROPHET?

False prophets are those who claim to utter revelations that come from God, to foretell future events or to have God’s power to produce miracles, signs and wonders. They shout “Thus says the Lord…”, when God has not spoken. In Biblical times false prophets fell into three general categories. The first group worshipped false gods and served idols. The second falsely claimed to receive messages from God. And the third group were originally called of God but wandered away from truth and ceased to be true prophets.

Moses spoke of punishment for of those who betrayed the faith by stoning to death (Deuteronomy 13:1-18). During the reign of King Ahab with her evil queen Jezebel, false prophets were officially approved. 1 Kings speaks of the four hundred and fifty prophets of Baal and the four hundred prophets of Asherah who ate at Jezebel’s table (1 King 22:1-28).

LOOKING OUT FOR THE FALSE PROPHETS

Jesus Christ warns us to beware of false prophets in Matthew 7:13-20.

ii.               The false prophets also preaches a popular but false message. They prophecy victory when and where there is none. They say things that national leaders and the people want to hear and not what God really says. Jeremiah condemned such prophets who were always saying “Peace, peace!” when there was no peace (Jeremiah 6:14).

iv.              They come in sheep’s clothing but inwardly are ravening wolves. And like preys, they tear the sheep, sheds blood and destroys lives just to get dishonest gains.

v.               According to Mark 7:21-23 such false prophet may exhibit such vices as sexual immorality, evil thoughts, theft, murder, adultery, coveting, wickedness, deceit, envy, slander, pride, foolishness etc. Don’t just be moved by their words or teachings but their deeds.

vi.              They have satanic backing. They mostly operate by using demonic oracles and mediums.

viii.           In their teachings and ministry they minimize Christ and glorify themselves by emphasizing more on miracles. They are consumed with boasting about themselves and thus bring much attention and “glory” to themselves. They speak little to nothing about the need for people to be saved. Hardly will you hear them speak of the gospel of Christ. Their emphasis is all about miracles.

ix.              They exhibit ungodly fruit. Matthew 7:20 says that by their fruit we will know them. Good teachers consistently live by good behaviour and high moral character.

x.               They deliberately teach false doctrine. They speak of things of their own dream and not of God. They prophecy by a lying vision, a worthless divination and by the deception of their own mind.

xiii.           They are reactionary and outspoken when exposed.

xv.            They prophecy by psychic means and not of the Holy Spirit. They speak by mediums and demonic oracles.

xvii.          They are materialistic oriented as they live in utter luxury and boasts more of their material possessions than in eternal investments.

HOW TO DEAL WITH FALSE PROPHETS

i.                In order to identify the fake, one needs to know the original. This means getting acquainted more with the word of God which is the standard for knowing who a true prophet is and is not. Often times than not, those who are swayed by false prophets do not know the scriptures enough to know that what they are being sold is not of God. To stay on the genuine path of God means one getting to know God’s word like never before.

ii.               We must also sharpen our discerning abilities. Pray always for the spirit of discernment. It is a spiritual gift that will aid one to identify a false prophet whey they see one.

iii.              We must be prayerful always, staying in the fire of God. This will lead one to only associate with the genuine prophets and men of God.

We live in desperate times that calls us all to be very vigilant of ungodly men and women brandishing themselves about as prophets and men of God. If we fail to take precaution, it will not only be our livelihood that we will lose but our lives as well. If you die following a false man of God you will fall where they fall. It will be like Jesus said, a blind man leading the blind and falling into the ditch. Ignorance of the truth is not an excuse and that’s why we have the word of God and matured ministers to learn from. Acquaint yourself now with the truth and spare yourself of eternal damnation.

Content created and supplied by: CMB21 (via Opera News )