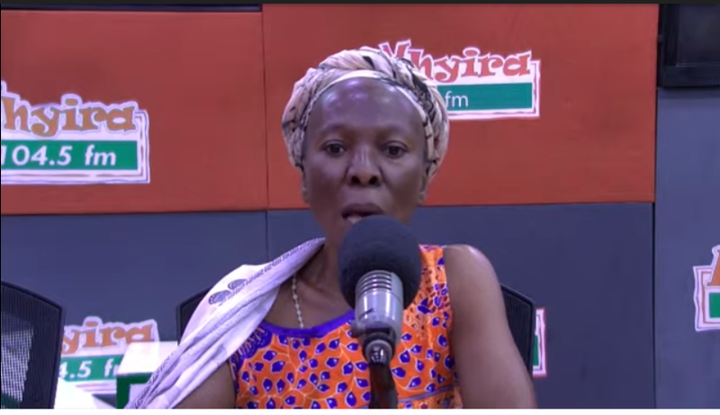 A 47 years old mother of one called Theresa from Sewia in Kumasi painfully shares what happened after a Pastor prayed for her to conceive again. The woman said she has only one child and has tried her best to take care of him till her son completed senior high school. Theresa claims that the state of her child's behaviour changed after he completed school, she noticed that her son used to behave abnormally.

Her sister then advised her to send the child to their pastor to help him. She listen to her sister and they all went to the pastor. The woman said when the pastor found out that she has only one child. He decided to pray her to conceive and give birth again. Theresa said due to old age and also a sidechick she was not interested in producing again. The pastor convinced her to sleep on a money for three days and bring it back to him.

She did as the pastor told her, the man of God took the money and prayed for her to get pregnant. Theresa added that her stomach started becoming big a month later, she lost appetite and also lost weight within a few months. She informed the pastor that she wants to go to the hospital for check up but the man of God told her wait for some months.

Six months later she went to the hospital, the doctors did a thorough examination and even went for a scan but the scan detected that she was not pregnant but there was a tumour in one of her ovaries. The doctors advised her to go for surgery but she didn't do it because of financial problems. Theresa said her stomach keeps getting bigger as the days passed by.