Be Very Serious About This News If You A Christian. 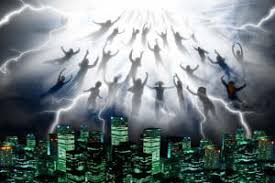 For thousands of years, followers of Jesus Christ have looked forward to the Second Coming as a time of peace and joy.

But before the Savior comes, the people of the earth will experience great trials and calamities. Our Heavenly Father wants us to be prepared for these troubles. He also expects us to be spiritually ready when the Savior comes in His glory. Therefore, He has given us signs, which are events that will tell us when the Savior’s Second Coming is near. Throughout the ages, God has revealed these signs to His prophets. He has said that all faithful followers of Christ will know what the signs are and will be watching for them. If we are obedient and faithful, we will study the scriptures and know of the signs.

Some signs foretelling the Second Coming of Jesus Christ have already been or are now being fulfilled. 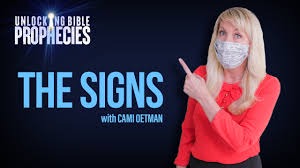 Watch for wars—big wars, little wars, ethnic wars, wars of all sorts, along with escalating violence and increasing lawlessness—which will increasingly affect all the world, especially the English-speaking nations.

A common perspective is that the world will somehow get better. Former U.S. President George H. W. Bush often talked about a “new world order” as though there was going to be peace. Condoleezza Rice, National Security Advisor to former U.S. President George W. Bush, described her vision of U.S. foreign policy as to “help developing countries move from war to peace, poverty to prosperity, poor governance to democracy and the rule of law” (Foreign Affairs, July/August 2008). Yet increasing numbers of people around the world consider the U.S. a threat to world peace. An April 2007 poll by the Fora Institute found that German citizens consider the U.S. the greatest threat to world peace, with 48 percent naming the U.S. as the main instigator of war and lawlessness around the globe.

This post-Cold War time is unstable and extremely volatile. Will peace emerge from the chaos? Brian Urquhart, former United Nations Under-Secretary-General, reminds us that “in the age of humanitarian intervention, the human catastrophes of failed states and civil wars will continue to come before the Security Council” (“A Force Behind the U.N.,” The New York Times, August 7, 2003). Indeed, the “new world order” is only producing a faltering, fading peace. Events will grow worse, not better.

Why is our civilization bankrupt of workable solutions to global, peaceful cooperation among nations and ethnic groups? Norman Lear, long-time television producer and political activist, clearly delineated the problem in a speech addressed to the National Press Club, saying that “at no time in my life can I remember our culture being so estranged from this essential part of itself,” referring to “the spirit-led, or spiritual, life of our species,” mentioned earlier in Lear’s speech. 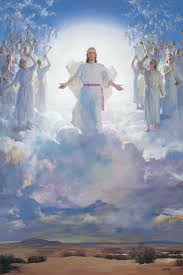 The Gospel of Matthew contains Jesus’ prophecy to His disciples about the state of the world just prior to His Second Coming. “And you will hear of wars and rumors of wars. See that you are not troubled; for all these things must come to pass, but the end is not yet. For nation will rise against nation, and kingdom against kingdom” (Matthew 24:6–7). While humanity has lived with warfare over the millennia, our time in history is unprecedented because of the massive annihilation potential of modern weapons and the massive global scale of potential conflict.

Verse 22 is a prophetic qualifier that only points to our time of high technology and its awful, brilliantly evil weapons of mass destruction. “And unless those days were shortened [the time of world war using these new weapons], no flesh would be saved [human extinction]; but for the elect’s [God’s repentant, obedient saints] sake those days will be shortened.” Today’s world is full of widespread wars and rumors of wars. There are many ethnic wars taking place—not only in the former Yugoslavia, but also in the former Soviet Union and in many places throughout Africa and Asia. Dozens of regional wars are now being fought around the world!

America will not escape this increasing intranational and international strife. The day will come when the Los Angeles riots of 1992 and the destruction of the World Trade Center towers in 2001 will seem like minor skirmishes as America’s old allies become unstable, and its old alliances fall apart. Civil wars and wars between nation-states will increase. There will be little wars and big wars, resulting finally in a great war that will culminate at the battle of Armageddon in the Jezebel Valley in Israel—at which point Christ will return.

Some think this is alarmist, pessimistic thinking, unwarranted because of mankind’s innate goodness. Such naïve people exude a quirky kind of optimism, proclaiming in the best “Pollyanna” tradition, “Oh, things are going to get better.” Well, as a minister of God, I am commissioned to tell you they are not going to get better until after Christ returns. Yes, there is a wonderful tomorrow’s world, but, realistically, you should realize that life will grow very dark and desperate before a new world dawns.

Have you noticed the completely inexplicable outbreaks of violence—random shootings, murders, and mass killings? Jesus Christ predicted this societal breakdown just before his return. “And because lawlessness will abound, the love of many will grow cold” (Matthew 24:12). In the United States, we used to think we were a Christian society; perhaps some still do. But today, our leisure time entertainment—television, movies, and the Internet—rivals ancient Rome’s lust for sex, drugs (including alcohol), violence, and brutality.

Paradoxically, the United States and Canada have remarkably high percentages of their population who say they believe in God and go to church regularly. This hypocritical national behavior was foreseen as characteristic of the human society existing just before the Messiah’s return.

The Apostle Paul was inspired to write, “But know this, that in the last days perilous times will come: for men will be lovers of themselves, lovers of money, boasters, proud, blasphemers, disobedient to parents, thankful, unholy, unloving, unforgiving, slanderers, without self-control, brutal, despises of good, traitors, headstrong, haughty, lovers of pleasure rather than lovers of God, having a form of godliness but denying its power”.

Men deny the authority of God, despite a show of religiosity. Paul commands, under inspiration of God, that we “from such people turn away” (v. 5)! Get away from people who talk about religion, but deny the authority of God, because they will mislead you. They will confuse you. This sassy, sarcastic, lust-filled generation is headed for big, big trouble. You need to recognize that and not be a part of it.

The sign of wars, increasing violence, and lawlessness is the first thing to watch for. 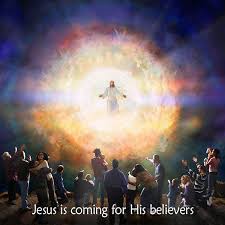 Pastors are also likely to see several events related to Israel and the Jewish people as fulfillment of biblical prophecy and signs of the end times.

Seven in 10 evangelical or black Protestant pastors (70%) say the modern rebirth of the state of Israel and the regathering of millions of Jewish people were fulfillment of prophecies in the Bible.