By Paul'sHub (self media writer) | 1 month ago 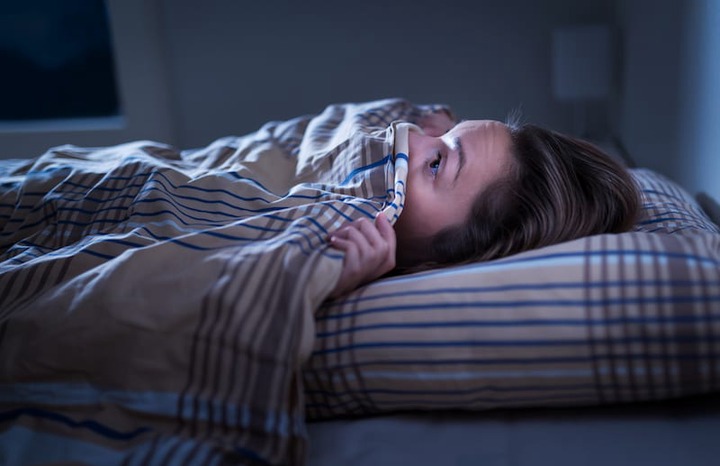 It’s quite possible that you’ve had one of the common nightmares found on this list. It’s even possible that you might be wondering if these nightmares mean something. Could they be a spiritual warning? Maybe they could foreshadow some future event? You could even have a more scientific explanation that defines dreams as manifestations of our unconscious struggles, desires, and thoughts.

Some people believe that these common nightmares do have meaning and that we should take notice. Are you ready to find out what your nightmare might be trying to tell you? Check out these 25 meanings of common nightmares you should be aware of. 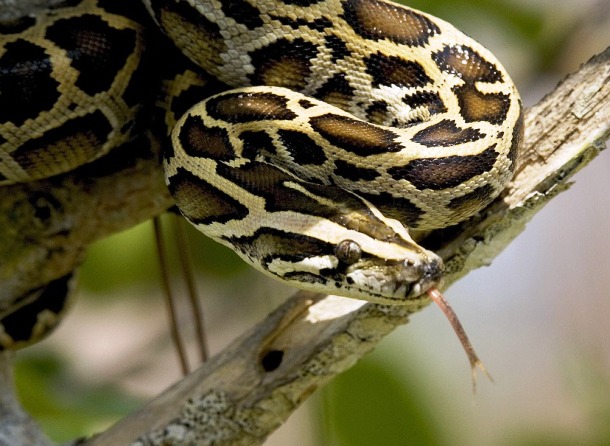 A nightmare about snakes can have many meanings. The most common meaning is healing and the transformation of self (because snakes shed skin). It can also mean that you’re dealing with a difficult situation or a representation of an attractive or threatening male figure. 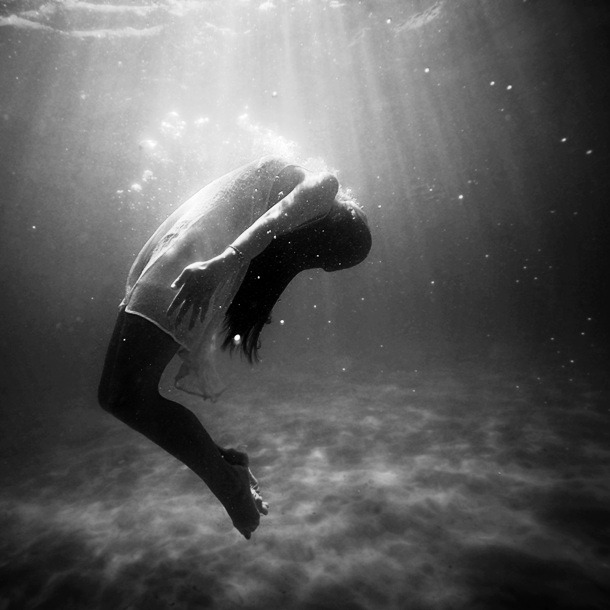 Drowning in a dream could represent a struggle in your life. These nightmares usually occur to people who feel overwhelmed by emotions and may have some repressed issues. The problem could be related to their job, family, relationship etc. 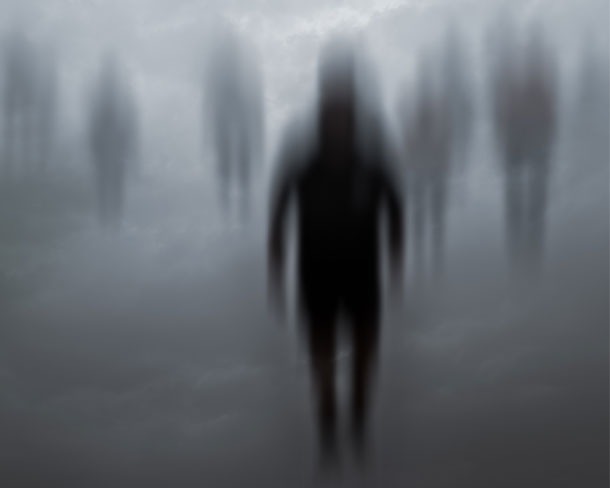 A “dark man” dream is usually characterized by a dark predator that may or may not be human. He could be an entity where darkness is part of his appearance or could be devoid entirely of shape and have more of presence rather than a figure. Dreaming of dark, unknown figures might mean you’re having doubts about the future. The general consensus is that this dream usually appears when a person is experiencing a significant change. 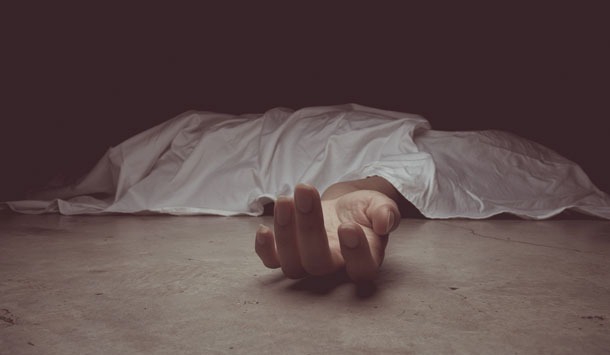 A very common nightmare, dreaming of the dead can have many interpretations. Some of the most common interpretations deal with areas in your life that have died. These dreams can also refer to the death of feelings associated with a relationship; emotions that follow big changes in your life such as the loss of a loved partner, job, child etc.; or could even be a sign of unexpected news. 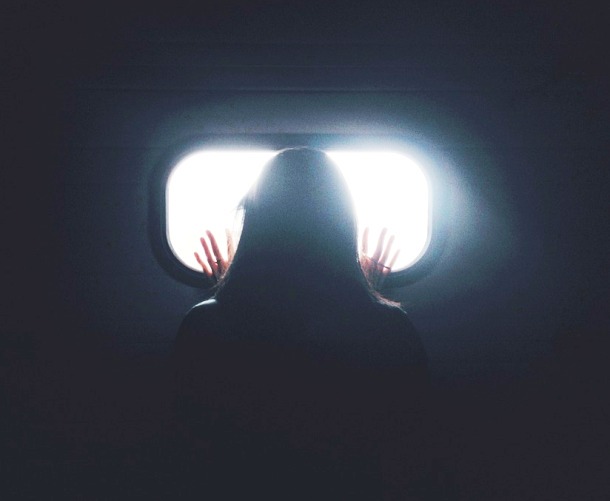 The explanation for nightmares where you are being trapped is fairly straightforward. This dream usually refers to a real-life situation where you feel trapped. This can be in a relationship, dead end job, or a problem that where a solution is not entirely obvious. 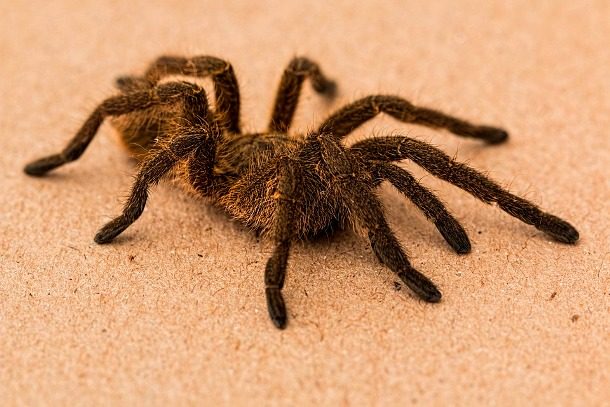 Depending on the context of the dream, a nightmare about spiders can mean many things. Generally, seeing a spider in your dream indicates that you are feeling like an outsider in some situation or that you might be trying to stay away from something. A spider is also a symbol of feminine power or an overbearing mother figure in your life. Another interpretation has to do with the spider’s ability to spin a web. This web spinning is viewed as a method of manipulation and is interpreted as the dreamer being manipulated or doing the manipulation.

7. Getting Shot in your dreams 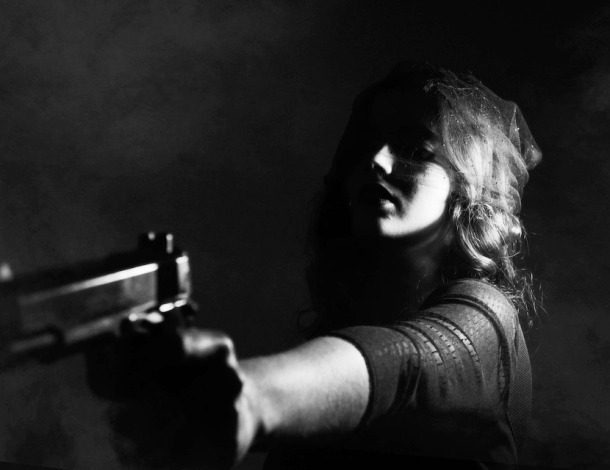 Similar to the nightmares that we’ve already mentioned, getting shot can mean many things depending on the context of your dream. On a general scope, getting shot is often an indicator that you are worried about some kind of confrontation. It may be with your partner, co-worker or friend, or it could be about any problem that you have been trying to avoid. If in the dream you are being shot in a war, this could reflect a past experience or a conflict with a specific policy. If you are shot in the neck, it could mean that your mind and heart are in direct conflict or it can also point to a person that is causing you a lot of stress. These are but the basics, there’s a lot more contexts that could change this dream’s meaning such as dying from being shot, seeing tanks while being shot, and even being shot by an arrow. 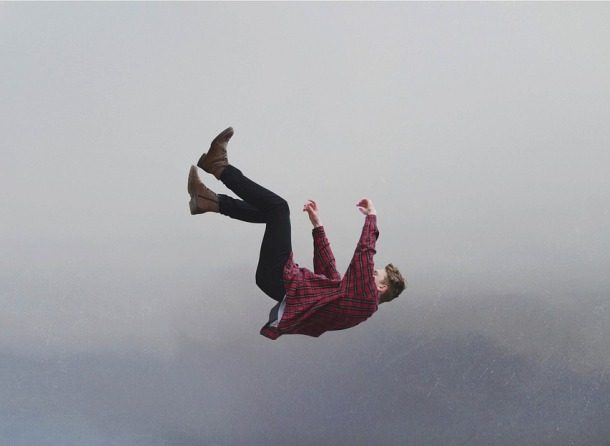 Whether it is from a skyscraper, tree, or cliff; falling in a dream usually signifies insecurity or anxiety about a situation in your life. On the other hand, those who do not mind falls in dreams tend not to be afraid of changes in real life.

9. Your House On Fire 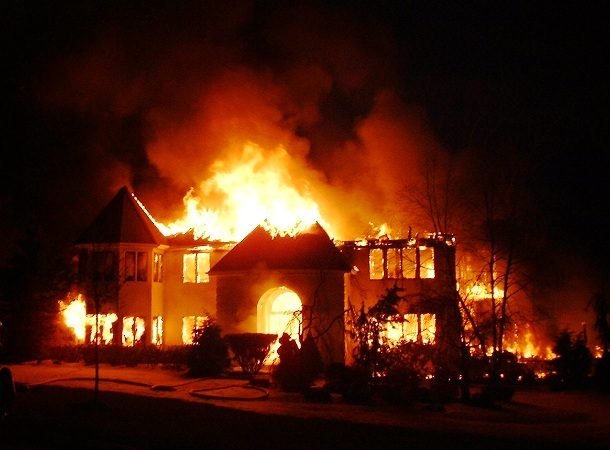 To dream that a house is on fire suggests that you should reflect on possible personal changes. If you are repeatedly dreaming that your house is on fire, then you might not be ready for the alterations and are struggling to keep them from happening.

10. Being Naked In Your Dream

People who have unpleasant, repetitive dreams about being naked might feel vulnerable or insecure in their real life or they might be ashamed of themselves for something they did or said in the past. 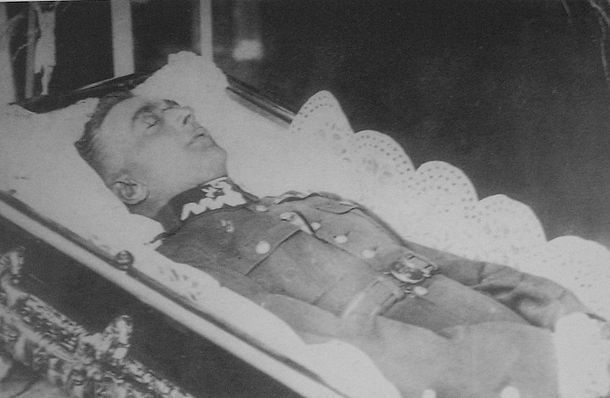 Most interpretations concerning dead relatives (especially parents) in a dream indicate a warning of trouble. Nevertheless, these dreams might sometimes help the sleeping person find their inner peace and confidence or even affect their business and family well-being. Another interpretation deals with suppressed feelings of guilt for not spending time with said relative or anxiety for the well-being of the relative. 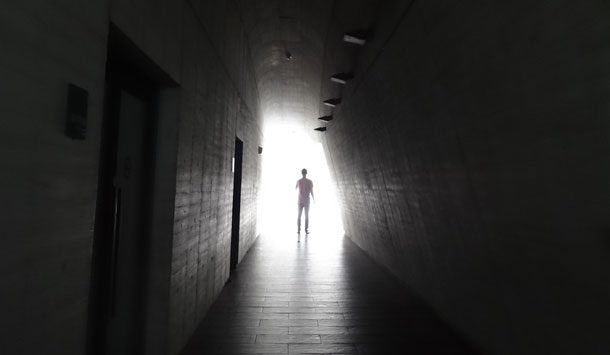 Being chased by someone or something in a dream is a very common nightmare. It usually represents anxiety that you have some unfinished business or fear of something that happened in the past. It can also mean that you are avoiding an issue or a person.

13. Cheating or being cheated on

Being cheated on in a dream can feel so real that people sometimes go and accuse their partners of it. These nightmares are very unsettling and disturbing but they usually suggest just the fear of being cheated rather than evidence that it is really happening. If in the dream you are the one cheating, it could be a signal of guilt and self-betrayal where somehow you might have compromised on your integrity (not necessarily cheating a person though).

14. Dream where Blood is present

Blood is usually viewed as a source of life and it often represents the same in our dreams – no matter how terrifying they might seem. As you probably expect by now, bloods meaning depends on the context of the dream. Violent, bloody dreams may indication an emotional upheaval or a release of repressed anger. This could see be a indication of being a victim of abuse in waking life. On the other hand, menstrual blood could symbolize fertility and feminine energy. 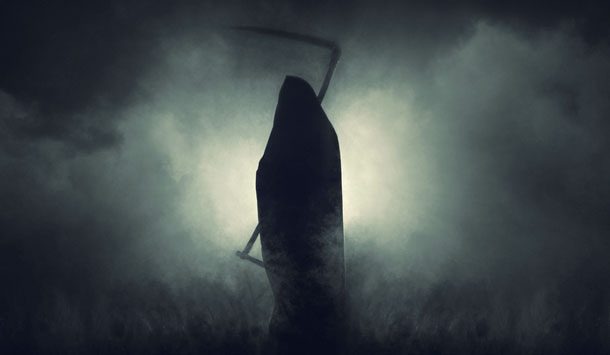 Dreaming about death (especially your own) can be alarming. However, the meaning is not necessarily bad. Of course, it all depends on context (surprise) but generally death symbolizes and ending to something. This could be a job, a phase, or even a relationship.

Dreaming of losing your teeth might not be as scary as some other nightmares but it is a very common and quite sinister dream. In fact, dreaming about losing teeth might be an indicator of anxiety, helplessness and possibly even depressive states. 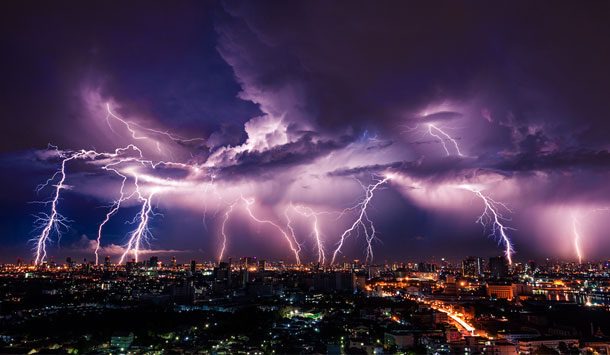 To dream of a storm represents a situation that is noticeably turbulent. You are noticing yourself experiencing turmoil, rage or anger. Seeing a storm in your dream can also mean that you or someone else may be very upset about something. 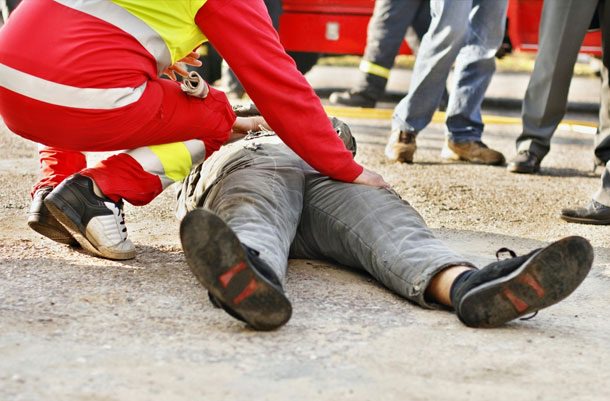 If you dream of being injured or wounded, you might have some troubles in your personal life. Nightmares featuring accidents, scars or deformities can mean your brain is trying to alert you to some vulnerability that needs addressing. 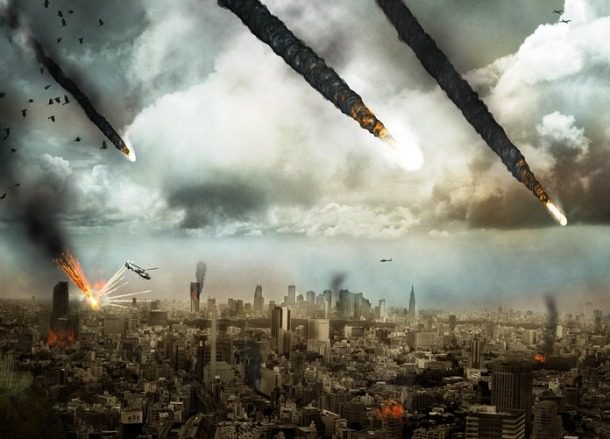 Apocalyptic scenarios in dreams are not as uncommon as it might seem. If you dream of the world being destroyed (whether by a giant tsunami, asteroid or earthquake), a significant and possibly life altering change might be happening in your waking life.

A vampire in your dreams represents some aspect of your personality that has the potential to drain you or people around you, of vibrancy and energy. A vampire nightmare might refer to issues that are hidden from your conscious awareness.

21. Nightmares about Missing an Important Event 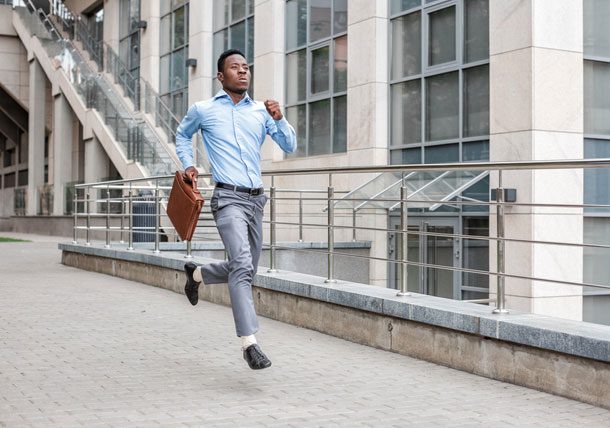 Being late is one of the top 10 most common dream themes. Nightmares about missing your wedding, flight or any other special event are particularly common in people who live a fast-paced and stressful life. These nightmares are often linked to anxiety about failing or not being able to perform up to expectations. 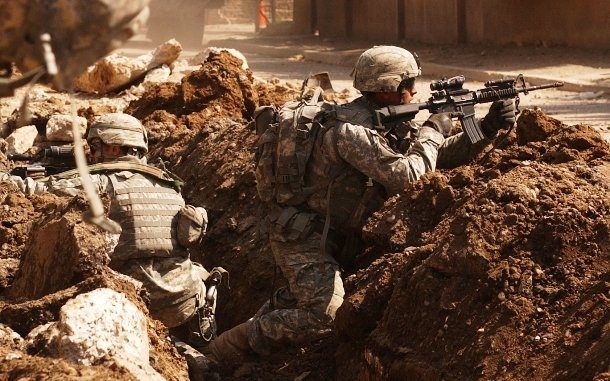 Dreaming of war may represent an inner conflict, battle of wills, opposing viewpoints or an argument with someone. War nightmares may also be a compensation for a lack of aggression in real life, suggesting a need to be more aggressive or assertive. 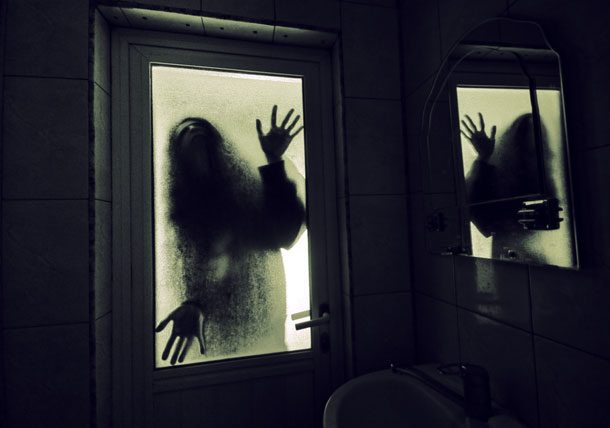 There are many people who have repetitive nightmares about monsters. But even the most terrifying monsters might just represent issues and difficulties that we are dealing with in our real life. 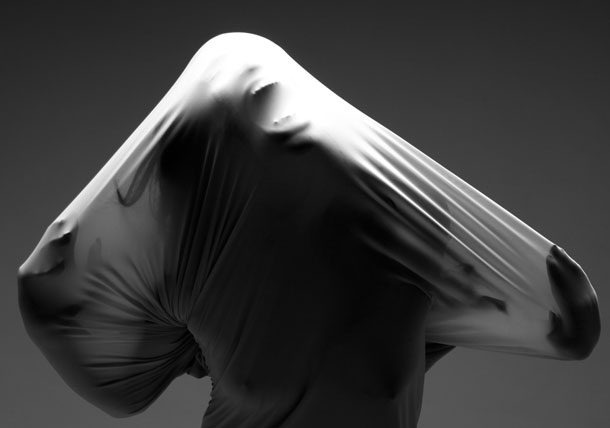 A dream in which you scream as loud as you can but nobody can hear you is another common and very disturbing nightmare. These dreams usually occur to people who feel like they are not being heard in their real life. It can also be a reflection of frustration and helplessness in a given situation.

25. Being Paralyzed in your dreams 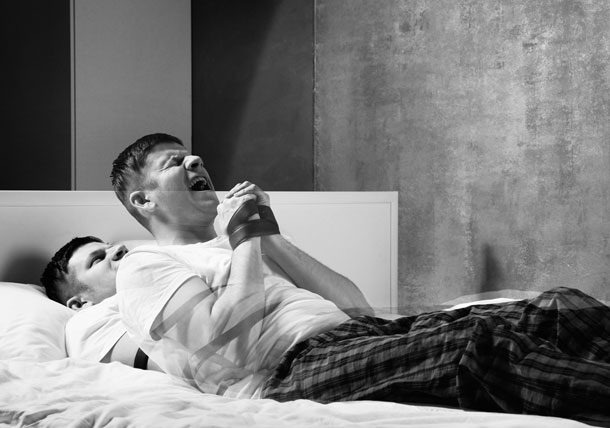 Being paralyzed in a dream suggests you are feeling stuck in some waking life situation. You should ask yourself how you may be paralyzing yourself and take enough action to get out of the stagnant situation.

Content created and supplied by: Paul'sHub (via Opera News )