Information reaching your favorite writter Randasty as reported by Kofitutu.com stated that, a 14-year-old girl who was defiled and impregnated by her sister’s husband, Elder Emma is currently battling for her life at the 'St. Francis Xavier Hospital' in Assin Fosu after the suspect decided to abort the six months old pregnancy. 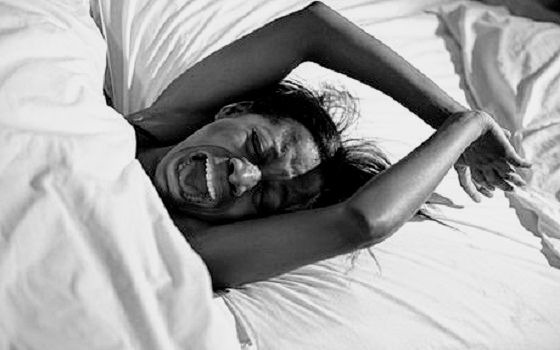 The incident is said to have happened at Assin 'Nnuanua Agravi' in the Assin South District where the suspect presides as an Elder in the Church of Pentecost.

The victim bled profusely for 2 hours after the suspect gave her herbs to drink to abort the pregnancy. The brother of the victim, whose name is yet to be known told Rich Fm and Angel Fm reporter Kwame Owusu Asante Shadrack in an exclusive interview that, the suspect had earlier given GHS550.00 to the victim sent to the hospital for an abortion but the victim after taking the money refuse to go.

The Elder realizing the victim’s hesitance to go to the hospital gave her herbs suspected to be abortion concoction. The mother of the victim also narrated that she met the victim in the bathroom lying in the pool of blood after which she quickly rushed her to the hospital in Assin Fosu where it was confirmed that, an abortion has been caused on her.

She said the pregnancy was 7 months old. However, they never suspect the Elder could do that since the victim is a sister to his wife. Meanwhile, the victim speaking to Kwame Owusu Asante Shadrack said that, the suspect usually have sex with her when he asks her to fetch him water.

She confirmed that the suspect has been having sexual intercourse with her at uncountable times mostly when the wife is absent from the house.