Rev. Isaac Appiah, on Joy Prime speaking to Doreen Avio, apologized to his best friend for accusing him of having sexual intercourse with his wife. The man of God revealed that this happened five years after he married his wife, Prophetess Gladys Appiah.

He elaborated on what happened. Rev. Appiah said they were having challenges in their marriage at the time.

He also said these challenges were due to his pride since he didn’t allow for the misunderstanding to be settled.

It was during this period of his marriage that he accused Gladys of having an affair with his friend, Tony. Tony as he narrated was a very close friend who was like a brother and even contributed to making him the man he is now.

Mrs. Appiah also said on Prime Morning that she was even taken by surprise after her husband’s accusations.

She said she was confused since they both leave and return home from work together at the same time.

Mrs. Appiah continue and narrated that she didn’t only find the accusation weird but also thought Mr. Appiah was joking.

However, days turned to weeks then a month came by and Mr. Appiah still held on to the accusations, she noted adding that living with her husband became a struggle. 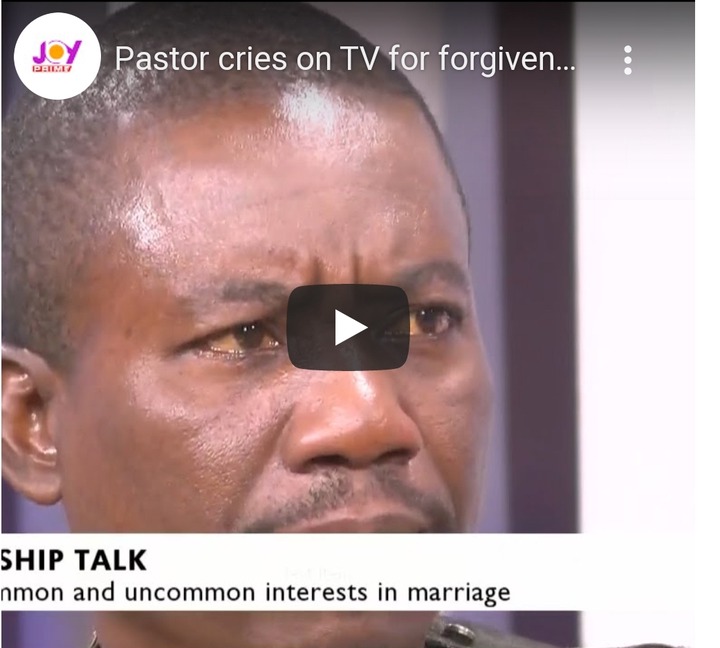 He barely talked to her, didn’t even listen when spoken, and failed to provide for their home, the Prophetess narrated

Mrs. Appiah said she then contacted Tony, who she claimed was married with children and could advise her on how to address her husband's charges.

Tony, she observed, laughed off her husband's assertion. She went on to say that he, too, felt Mr. Appiah was making a joke and encouraged her to disregard it.

She had decided to abandon her spouse to his own devices. However, their marriage was still failing, thus the matter was brought to her family's attention.

Mr. Appiah stated that he was later able to speak with Tony and resolve this issue.

He claimed that he apologized sincerely to his closest buddy and that despite the false chargeslevelledd against him, he continued to communicate with him.

He added that if the situation had been reversed, he might not have talked to Tony again.

Although he had already apologized, the Pastor felt compelled to do it again on television since he was so thankful to his buddy.

Mr. Appiah, who cried on the show, said he feels like sobbing whenever he thinks of the suffering he has put his wife through.

His wife, according to the pastor, has been one of the most understanding and supporting persons in his life.

Hecounselledd men who purposefully cause their spouse’s hardships to stop and respect them for who they are.