5 prophets of God who lost their anointing and power through disobedience.

By RainbownewsGh_official | self meida writer
Published 24 days ago - 1970 views

Open the + follow link at the top right side of your phone or laptop to read more interesting, factual and well researched content from us. Thanks for opening. 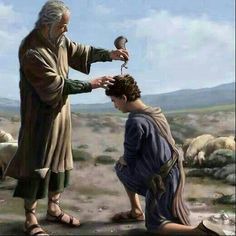 There are some five prophets in the holy bible who lost their prophetic mantle and power through disobedience. A prophet is a spokesperson for God who communicates His will to the people. These men were filled with the spirit of God to carry out His instructions to the people.

A gift and calling of God is not a permanent possession for a believer. It can be taken away by the giver. A person who carries an anointing is required to walk in the will of God. The anointing goes with a huge spiritual responsibility to follow the instructions of God. The power of God in an earthen vessel is a serious matter.This power is capable of renewing and destroying anything in the spiritual realm.The carrier is expected to know better by carefully following the will and the word of the Lord God.

If a prophet of God deliberately ignores the will of God and engages in a willful sin, the Lord will have no option than to take the gift and give it to a more obedient person. Matthew 25:24-28

[28]Take therefore the talent from him, and give it unto him which hath ten talents.

A prophet who misuses a prophetic gift could equally be sanctioned by God. A typical example of this prophet was Moses when he hit the rock unadvisedly to command water to flow for the thirsty israelites on the desert instead of stretching the rod towards it. God sanctioned him by refusing him entry into the promise land. But Moses died in the Lord.

The five prophets who lost the anointing and the power of God through disobedience are carefully listed as follow.

Saul became the first king of Israel at a time the people requested for a king to reign over them. King Saul received the prophetic mantle through the prophecy of prophet Samuel (1 Samuel 10:1-27). When Saul arrived at the company of prophets suddenly the spirit of God rested on him and he began to prophesy. The people asked themselves" is Saul also among the prophet"? 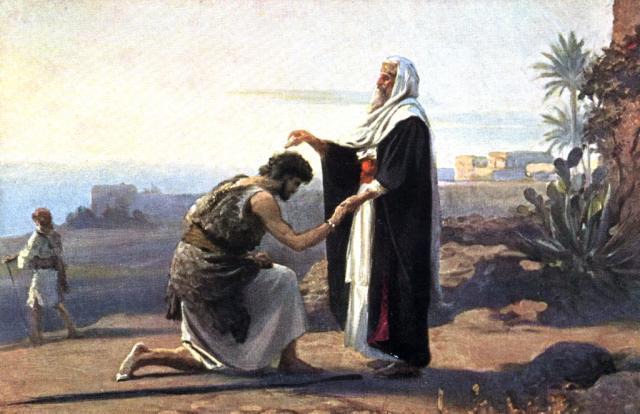 Prophet Saul who doubled as the king of Israel was expected by God to carefully follow all His commandments. Saul started well. He was following God keenly at the beginning.

But suddenly things began to changed. The lord God sent Saul on a very urgent mission to wipe out all the Amalekites from their habitation as a direct revenge for opposing them when God was bringing the Israelites out of slavery in Egypt. Saul partly obeyed and partly neglected the order. He wiped out all the Amalekites and brought their king "Agag" as hostage. He also took the finest sheep, cattle, oxen, etc to Israel. This angered the lord so much. Samuel who enthroned Saul was sent by God to dethrone him(1 Samuel 15:1-35). As Saul was pleading, suddenly Samuel mantle was torn and that signified the taking away of the prophetic mantle as well as the kingship. Immediately, the spirit of God departed from Saul and he lost the prophetic unction. Since that time, he didn't see the hand of God again in his lifetime.

He consulted the witch at Endo for a spiritual information because God had taken away his anointing and mantle from him. King Saul died in a battle and was decapitated. David replaced him as king and prophet as well.

Another prophet who lost his prophetic powers according to the scriptures for disobedience is the prophet of God from Judah to Bethel. His name was not specifically mentioned in the holy bible. This man of God was sent to Bethel to prophesy against the altar that had been desecrated by king Jeroboam. The king challenged the prophet and his hand became withered and static. The prophet prayed for the king and the hand became normal.

God instruction to the prophet was simple."Don't eat in the city and don't come by the same road you went" . When the prophet finished the assignment, he nearly obeyed God if not the deception of another old prophet in the city. This old prophet deceived the man of God to eat from the city where God had instructed him not to eat from. That was the disobedience.The prophet of Judah ate the forbidden food from the city. Remember Adam and Eve were deceived by similar food (forbidden fruit). If you are man of God who love too much food,then be careful. This man of God from judah couldnt control his hunger. He disobeyed God.

God took his spirit from him and permitted a lion to kill him on the way back. This is very pathetic story. If the spirit of God had not departed from the man of God, the lion wouldn't have succeeded in killing him. Even Jeroboam hand couldn't touch him, much less an animal.

Miriam was a direct sibling to Moses and Aaron who were slaves in Egypt with Amram and Jochebed as their parents. When Moses grew up, he was banned for murdering an Egyptian who was harrassing an israelite. Moses fled to Midian for safety to stay with Jethro a very wealthy man.He was sherpherding Jethro flocks and was married to Zipporah (Jethro daughter).

One day, while tending his masters sheep, God revealed Himself to Moses in a burning bush and sent him back as a deliverer to king Pharoah to set the Israelites free from the Egyptian bondage.The king of Egypt resisted but upon powerful signs and wonders as well as destructions in Egypt by God, king Pharoah finally agreed and released them to go.

When the Israelites departed from Egypt, they wandered in the wilderness for forty years before arriving at the promised land.

While on the wilderness the prophetic anointing of God came upon Miriam. Miriam was singer and led the children of Israel to sing songs of praise and worship to God after victoriously crossing the Red Sea (Numbers 15:20-21).God spoke to the Israelites several times by the voice of Miriam, the prophetess, through worship and praises. She assisted his brothers (Moses &Aaron) to carry out the mission of bringing the people to the promised land.

But when the times became tougher because of hunger for food and meat, the Israelites began to grumble against Moses. Miriam joined the people to speak against Moses and God heard it. Miriam instigated the people to doubt the divine mandate of Moses as God faithful servant.

Immediately, God visited the tabarnacle and spoke to the people rebuking them for their evil behaviour. Thereafter, Miriam was punished with leprosy by God for speaking against Moses and for joining the people to complain against Moses. She was sent outside the tent for seven days before God healed her. Much was not heard about Miriam, the prophetess following this incident until her death. Grief and broken heart could have killed her after the punishment. She died at old age and the people mourned her several days on the wilderness. Miriam could not reach the promised land just like his brother Moses.

(4) Apostle Judas Iscariot (one of the twelve disciples of Jesus).

Judas Iscariot was one of the twelve disciples of Jesus Christ who became the pillars of the church founded on the day of Pentecost. Judas Iscariot started well with the lord Jesus even unto the Last Supper.

When Jesus sent the twelve apostles to preach about the kingdom of God, heal the sick and cast out devils, Judas Iscariot was one of them. Judas healed the sick. He also cast out devils in the name of Jesus Christ.

But the man Judas dropped the mantle of apostleship through disobedience. He intentionally betrayed his master. Peter also betrayed Jesus but was forgiven. Judas deliberately sold his master for pieces of silver.

He was therefore replaced by Apostle Matthias.

Sampson was a Nazirite who was born to Mr & Mrs Manoah after a long marriage of childlessness. Sampson was filled with the spirit of God from birth because his conception was prophesied by an angel.

What is very special about Sampson was a special gift of might that was impacted unto him by the spirit of God. He grew and became very strong and invincible. He could kill thousand people with just a jawbone.

Sampson was a deliverer sent by God to set the Israelites free from the aggression of the Philistines in those days. He carried a special power from God even though he wasn't specifically named a prophet. He was filled with the spirit of God.

When Sampson was born, the angel instructed his parents to advise him to refrain from foreign women and to avoid drinking alcohol. Blade wasn't to shave his head as well. Sampson violated these divine instructions. He broke the Nazirite vow. He chased foreign women and began to drink alcohol. Finally he was captured by his enemies( the philistines) who shaved his head and immediately the spirit of God departed from him. Infact, Sampson who was so strong and powerful had his eyes removed and became helpless. But when his hairs began to grow the spirit was present again but it became too late so he had to beg God to let him die with his enemies.

These five prophets were spirit filled servants of God who started the work of God well but ended up through disobedience. The spirit of God left them and the mantle of apostleship and prophet or deliverance(Sampson) was taken away from them.

The dangerous things you need to know about Hepatitis B Don't Blame Me For Being LGBTI: I Just Can't STOP (Fiction) 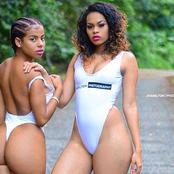 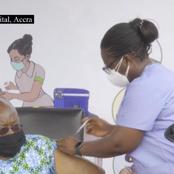 Sad: Another police officer mysteriously dead in his own room at Winneba. 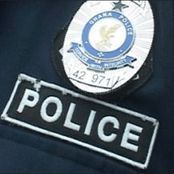 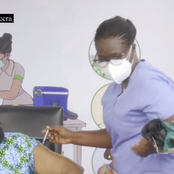 These 3 men will never be forgotten in history, one of them had 3 legs and 2 hearts 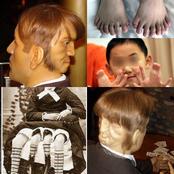 God bless you for giving yourself freely to my boys, they won't marry Ghanaian women - Afia Schwarz 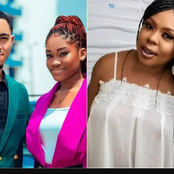 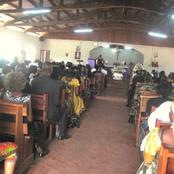