Woman Admitted at Battor Hospital With Worsening Sickness, Sent to Church For A Miraculous Touch

By TommyO'Dell (self meida writer) | 14 days

Anytime faith was expressed in the actions of people in the Bible, God moved in supernatural ways t honour their belief in Him and it therefore resulted in what we call miracles. These miracles such as healing, provision, etc seemed to be God's response and it may not be rare in these days and times to see such miracles also, except many fake pastors are making a trade on people's lives.

However, in the case of this write up, we chanced on a miracle that was shared by one Rev. Philip K. Osei, who is a Prophet of God and doubles as the General Overseer of Greater House Chapel International, based here in Accra. Apparently, a member of the church, who has himself been healed in one of the church's services had done the unthinkable and gone to the hospital to bring her sister, whose health was deteriorating even though admitted at a state hospital and receiving the best medical help. What may not be known is whether she had forcefully remove her ailing sister or she had received support from the medical team at the hospital to get her discharged, but what we do know is that, the sick sister was sent to the church and that is when their steps of faith were honoured by God and she received her healing.

"Praise Report! Praise Report!! Jesus Christ is the same yesterday and today and forever more.( Hebrews 13:8). The woman being prayed for in the pic below was on admission at Battor hospital and yet her situation grew worse until her sister who was once healed at Power Communion brought her to the second service last week Sunday to be prayed for. She couldn't sit nor walk but only lie down. After encountering the anointing, she began to walk. Even though she previously couldn't eat or even drink water, she can now eat, drink and move about unaided. Glory be to God" the Man of God wrote. 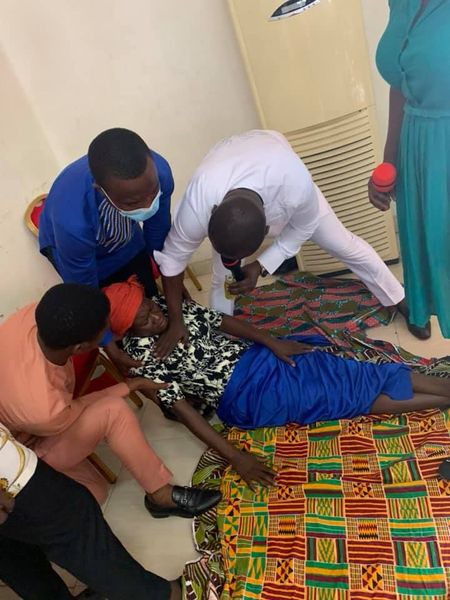 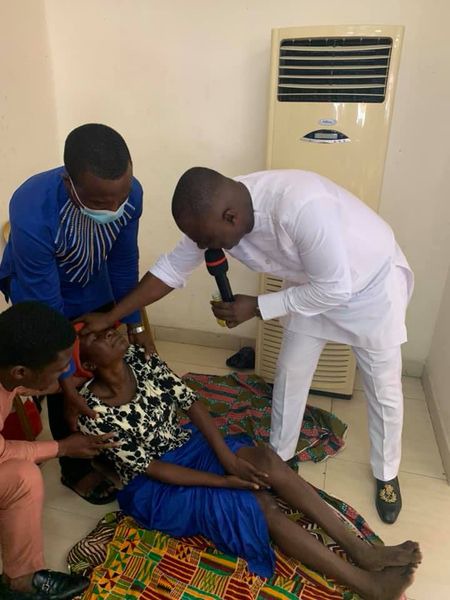 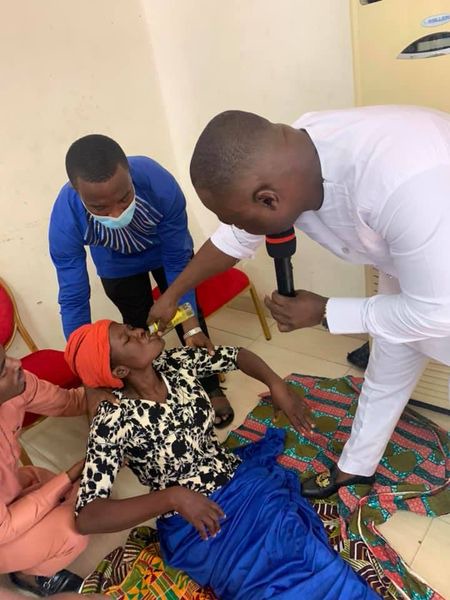 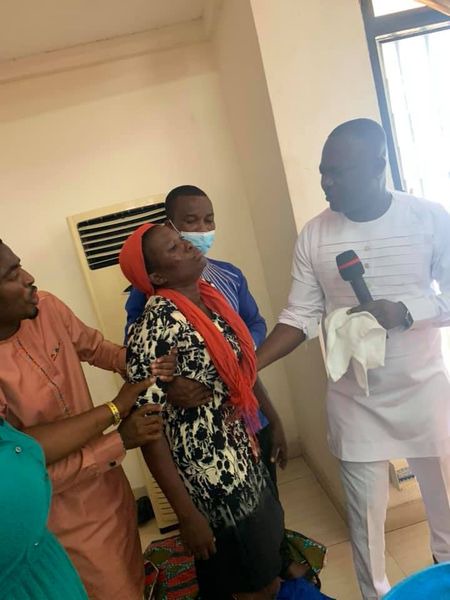 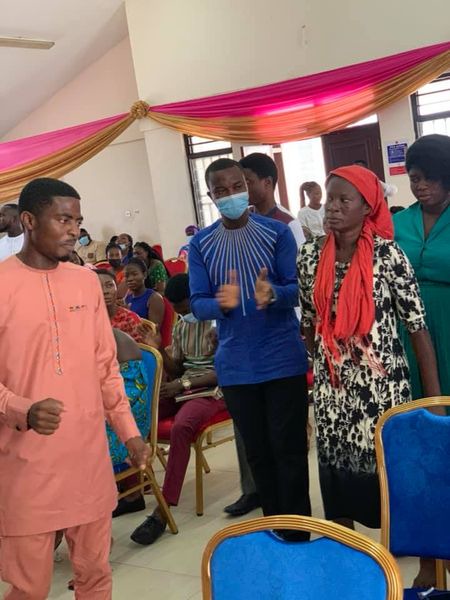 Clearly from the pictorial evidence, the woman was seen to be very sickly and later on, we see her having gained some form of strength and so it can be concluded conclusively that, indeed, the power of God had indeed visited her and she has been set free from every form of ailment, that had become a challenge to her health. This should be inspiring for all believers, as God's power is still available to set many free from any attacks against any aspect of their lives and indeed, they largely come, as we act in faith.