There is no doubt that the doctrine of predestination, as enunciated by the Ash'arites, who maintain that man lacks liberty and freedom is dangerous. It paralyses the spirit and will of man. This doctrine encourages the oppressors and binds the hands of the credulous oppressed. 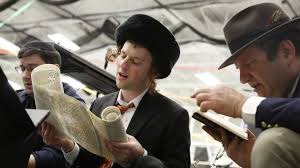 Those who can occupy wrongly a position which they do not deserve or acquire wealth by unlawful means always talk of the blessing and favour of Allah. They say that He favours whomsoever he likes. His bounty is endless. That is the plea advanced by them to justify their unlawful gains.

The under-privileged do not dare to make any protest, because they think that their protest would amount to objecting to what Allah has ordained. Hence they endure their lot patiently. This doctrine provides the unjust an easy pretext of absolving himself of the responsibility of his misdeeds.

The persecuted believes that whatever befalls him, is directed from Allah and therefore to fight against any act of injustice and tyranny is not only absurd but is also immoral. 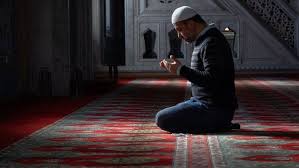 A believer in predestination does not care to promote his personality, to reform his moral conduct and to control his actions because he disbelieves in the system of cause and effect and gives no heed to the relationship between man, his deeds and his spiritual and moral personality on the one hand and his happy or miserable future on the other.

He leaves everything to his fate. History shows that during the Umayyad period the rulers made full use of the doctrine of fate and destiny. They were staunch supporters of predestination and persecuted those who preached self-respect, liberty and free will.

That is why this sentence became proverbial: "Predestinarianism and anthropomorphism are the doctrines of the Umayyads and justice and monotheism are the doctrines of the 'Alawis." The earliest supporters and advocates of human liberty and free will during the Umayyad period were Ma'bad al-Juhani, an Iraqi and a Syrian known as Ghaylän of Damascus. 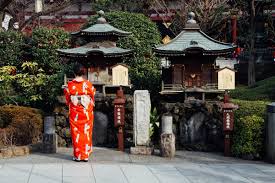 These two persons were known for their honesty, integrity and faith. Ma'bad took part in the uprising of Ibn al-Ash'ath and was killed by Hajjaj. Ghaylan was hanged by order of Hisham ibn 'Abd al-Malik, who received a report about what he preached. In his History of Scholastic Theology Shibli NNumansays: "Though the stage was now fully set for the eruption of schisms in Islam, they started under political impetus.

As during the Umayyad period, injustice and tyranny were rampant, naturally, the people were agitated and commotion existed everywhere. But whenever anybody made any complaint, the partisans of the government tried to silence him by saying that everything was ordained by Allah and none should utter a word against His will. 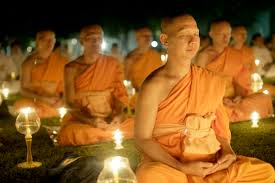 "We believe that good fortune and ill fortune both are from Allah". Ma'bad al-Juhani was a very bold and frank man. One day he asked his teacher, Hasan Basri if the question of fate and destiny as raised by the Umayyads, was right. H asan said: "They are the enemies of Allah.

They are liars". The Abbasids were the political enemies of the Umayyads. Their policy was different. Some of them, especially Ma'mun and Mu'taşam supported the Mu'tazilites who belief in human liberty Still, a new leaf was turned from the time of Mutawakkil, and official support was given to the doctrine of predestination. 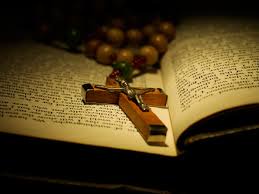 Anyhow in the Shi'ah literature in Arabic and Persian, there is not so much mention of human liberty as of man's being subject to his destiny, though the Imams of the Holy Family have expressly declared that the belief in fate is not on the whole inconsistent with the idea of human volition.

The words, fate and destiny have become awful and frightening because, with the domination of the Ash'arite school in the Muslim world and its influence over Islamic literature, these words have become synonymous with compulsion, lack of liberty and illogical control of human actions and behaviour by an invisible force.