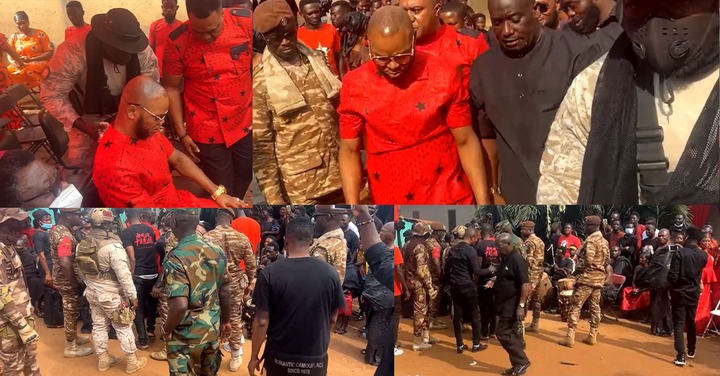 The debate of men of God being accompanied everywhere with bodyguards has been on the discussion table for many years. In Ghana, most pastors walk with heavy security guards for what they term physical protection. There have been times where armed security guards could be seen providing security for a man of God whilst preaching at the church auditorium.

Many have argued that the God they serve is enough to offer them all the protection they need but some of them have shot down that assertion by indicating that they are also humans and can be harmed physically. The leader and founder of the International God’s Way Church, Bishop Daniel Obinim is in the news again and this time around, it is about the funeral of his father-in-law, Nana Yaw Sia at Nkawiekuma in the Ashanti Region of Ghana. 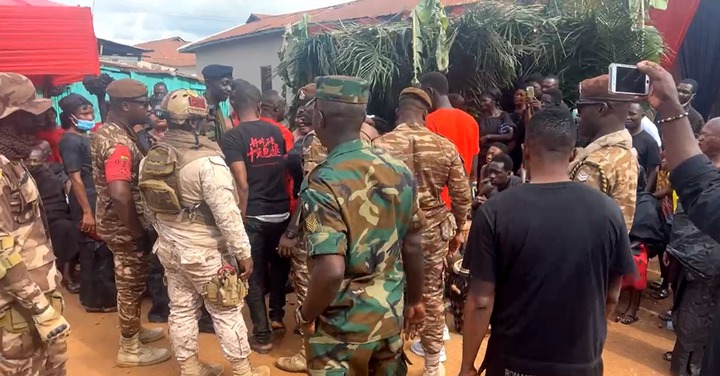 Bishop Daniel Obinim is known to be followed by some of his junior pastors when moving to any occasion. He did not disappoint when he arrived at the funeral grounds of his father-in-law with his crowd. He was followed by some elders and pastors of his church but he could not have come without security guards. Uniformed men could be seen standing at vantage points at the funeral ground. 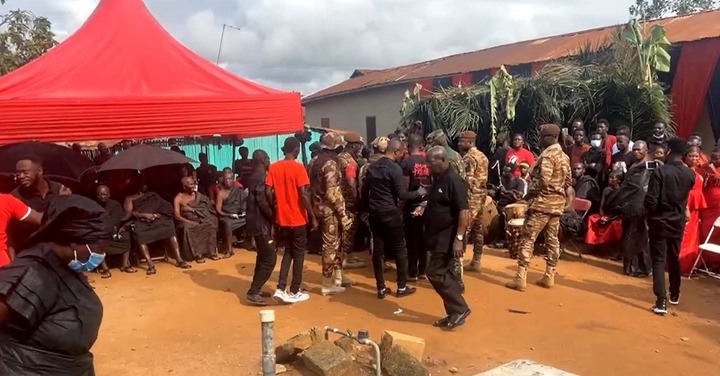 These security guards include officers from the Police, Military, and the Ghana National Fire Service. About nine of them could be counted at the funeral venue. Soon after taking his seat, one of the security guards was left to stand beside him with the rest taking backstage positions. It is unknown the kind of intelligence he picked to warrant such a number of bodyguards but some of them covered their faces. 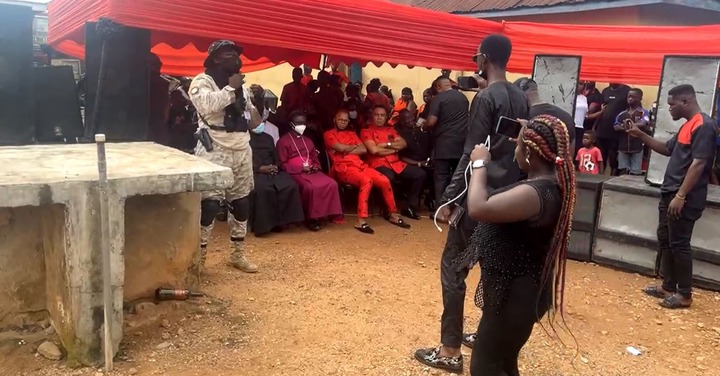 Soon after occupying his seat, the family members of his wife lined up to exchange greetings with him and his entourage. Even though he came with a heavy security presence, the man of God was sad for the death of his father In-law, his all-red attire was enough to signify that he was in deep pain. 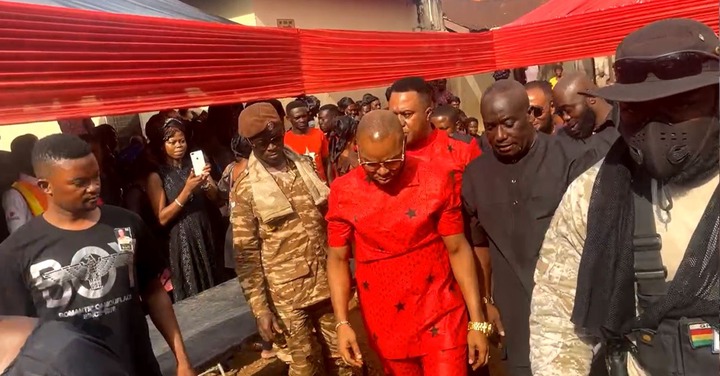 One aspect of men of God who hire the services of bodyguards that beats imaginations is that they preach to their church members to buy protection creams and oils but they use armed bodyguards. It is about time the hierarchy of the various security agencies takes a relook at the numbers of officers assigned to some personalities. One bodyguard should be enough and not the huge numbers being seen around.