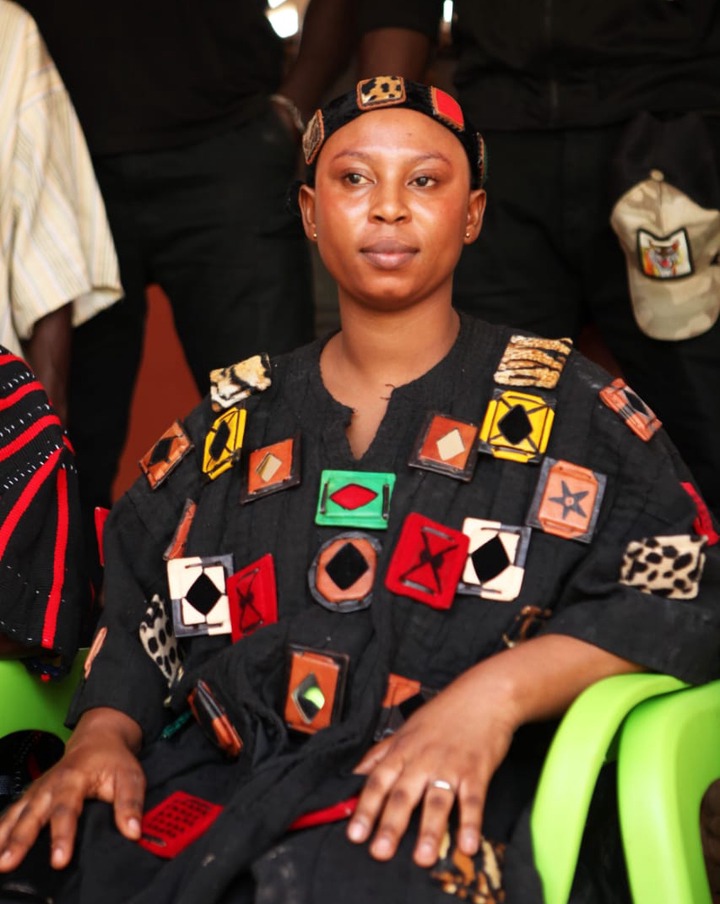 Known in private life as Yaa Tima, wife of popular African Traditional Spiritualist, Teacher and Advocate, Quotation Master, has been installed as a 'Benkumhene' of Kwahu Bepong in the Kwahu South District in the Eastern Eastern Region.

The installation ceremony which took place today Thursday, 29th July, 2021 at a colourful ceremony held at the forecourt of the Palace of the Kwahu Bepong Chief.

The 'Benkumhene' is a sub chief position within the Akan Tradition. 'Benkumhene' holds the left flank of the traditional army's formation. This in modern governance is known as the left wing.

Yaa Tima, wife of Nana Kwaku Peprah lso called Quotation Master is a member of the Kwahu Bepong royal family and she took over from the late Nana Asare Fourdjour.

After all the necessary rites had been performed, she was carried shoulder high across the principal streets of Kwahu Bepong to outdoor her to the people. 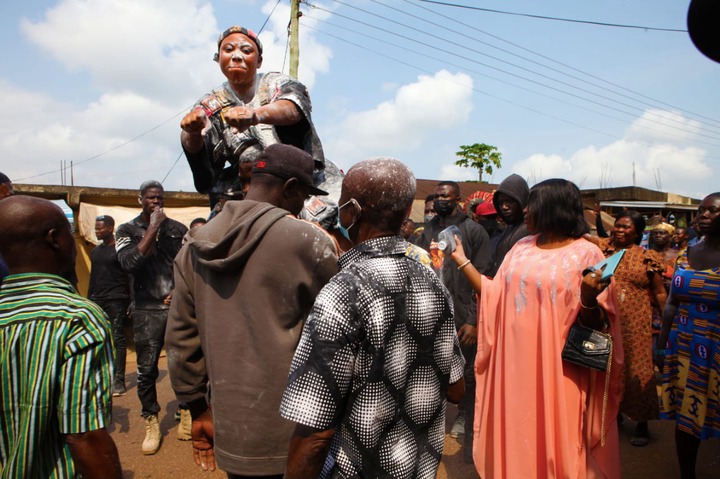 Some elders who participated in her enstoolment took the opportunity to counsel her to always seek for advice from the elders of the community in order to help her serve the people of Kwahu Bepong with respect and dignity. That was the only way she was going to succeed as a leader of the community.

Speaking to Quotation Master on the sidelines of the ceremony, he intimated that, "This is a confirmation and a testament to my campaign about Ghana going back to our roots to learn our culture in order to worship the God's of Ghana".

He congratulated his wife now known as Nana Yaa Tima for the courage and determination to take up the mantle of leadership to serve her people and pledged to support her always. 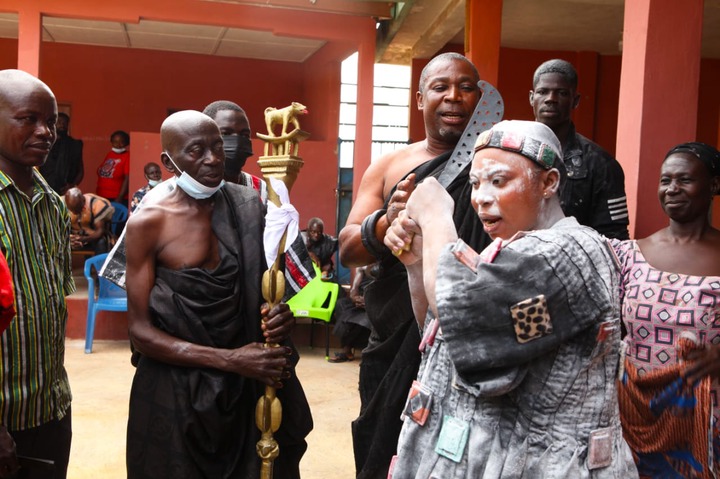 The highest ranked of the entire Akan chieftaincy institution is the paramount chief.

Ranked below the Paramount chief are the sub-chiefs of which Bekumhene is one.

A sub-chief can be compared to the mayor of a town, except that his office is hereditary as opposed to elective. Such chiefs have their own territories, and apart from overseeing them, they have a function at the courts of their paramount chiefs as their ministers. Most of the functions are traditional, while some have been created as the dynamics of society changes.