These are the emerging ‘BEASTS’ defacing the ‘BEAUTY’ of the East

The East is very significant even in the Bible. The Biblical story of the birth of Jesus Christ, first came to the full attention of people through the three Wise men from the East.

They had heard the birth of the Saviour and the Messiah and therefore found it prudent to come offer their obeisance to the newly born King. 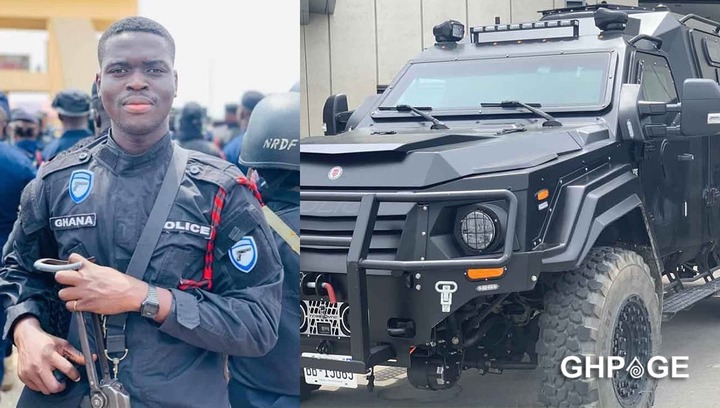 Ghana’s Eastern Region has also been significant in many respects. Politically, the Region has churned out some of the finest politicians of all time. There is the Ofori Atta and the Akufo Addo families that the current Ghanaian President traces his heritage.

The sanctity of Ghana’s political history cannot be scripted without the names of J.B. Danquah, William Ofori Atta (Paa Willie), Edward Akufo Addo, all of the Big Six fame. There were all stalwarts in traditional values and politics.

Others like Nana Sir Ofori Atta and Professor Albert Adu Boahene add up to the distinction array of Eastern Regional indigenes to have helped shape the political course of the country. Nana Ofori Atta, was the first indigenous Ghanaian to become an ex-officio member of the Executive Committee of the colonial administration.

Professor Albert Adu Boahene was a distinguished Ghanaian historian who today, is being touted for his bravery in breaking the culture of silence during the heady days of the Rawlings’ administration.

One distinguished Police Officer who rose through the ranks to become an Inspector General of Police, R.R. Madjitey was a son of Krobo land, also in the Eastern Region. When it comes to natural deposits, the Region has its fair share in gold and especially diamond.

Although all of these fine personalities are from some particular areas of the Eastern Region, it’s Kyebi, where many consider as the cradle to have birthed many of such distinguished Easterners.

Indeed, the “Kyebi” dynasty continues in our time with many in the current administration tracing their ancestry to the tiny historical town. It’s the birth place of the President of the Republic, his Finance Minister, the President’s Executive Secretary, among others.

However, sadly, the beauty of Kyebi’s attraction is being diluted by the intrusion of some miscreants. Some armed robbers now find safe haven in the Okyehene’s Kyebi.

According to report, the police have narrowed in Kyebi as the hideout of the notorious robbers who recently robbed a bullion van at Jamestown, a suburb of Accra. The incident claimed the life of young Emmanuel Osei, the police officer offering security to the transiting funds. Two other bystanders were caught up in the heat.

One of the robbers, arrested by the police and was shot in the leg is currently recuperating at Kyebi Government Hospital, obviously to be treated and help the police in their investigations.

The name of the arrested suspect was given as one Ebenezer, known as Peace and he is in cohorts with a fellow Ghanaian, Collins Addae, known as Kyekye from Akyem Swedru; and two other blood siblings from the Republic of Guinea.

The Guineans are Musah Kamara and Sulleiman Keita, alias 69. Latest report has it that the others connected to the crime attempted to sneak out the suspects in order to suppress key evidence in the case.

People within the Kyebi enclave are even beginning to speak out on some of their harrowing experiences at the hands of these particular robbers, who are said to be gaining kingpin status in the robbery industry in the Kyebi area.

They are said to be recruiting budding robbers and use them as front-line operators, while they stay behind to get the larger booty. So there is now apprenticeship in burglary? Is that how Kyebi is losing its prestige and attraction?