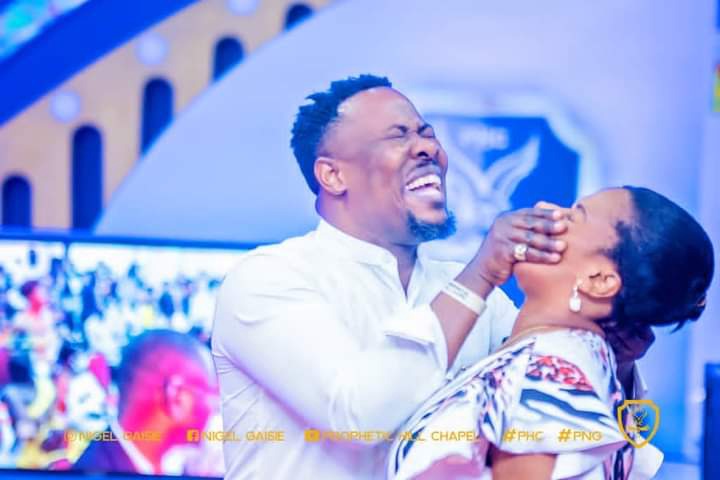 The founder and leader of Prophetic Hill Chapel, prophet Nigel Gaisie has dropped another prophecy for great Britain again.

The man of God who is known for his Major prophesy has dropped another shocking Prophesy about British Monarchy today as people are not expecting.

Prophet Nigel Gaisie has made several prophesies years ago which has come to pass and people believe him to be a true man of God.

His recent Prophesy that has come to pass was coup D'etat that happened in Guinea which shocked many people in world.

Prophet Nigel Gaisie has prophesied again that he has seen in the realm of the spirit that things are not good for British Monarchy and the people of England should pray very hard.

"Let the British Pray. Pray For Their Monarchy. I Just Saw In The Realm Of The Spirit. Lets Pray For The Monarchy. PNG" Prophet Nigel Gaisie declares on his social media wall today.

Already, the man of God has prophesied in the beginning of the year that he saw dark clouds surrounding the British Monarchy and later on prince of Edinburgh, prince Philip died and he is making another prophesy again which is mind blowing to many.